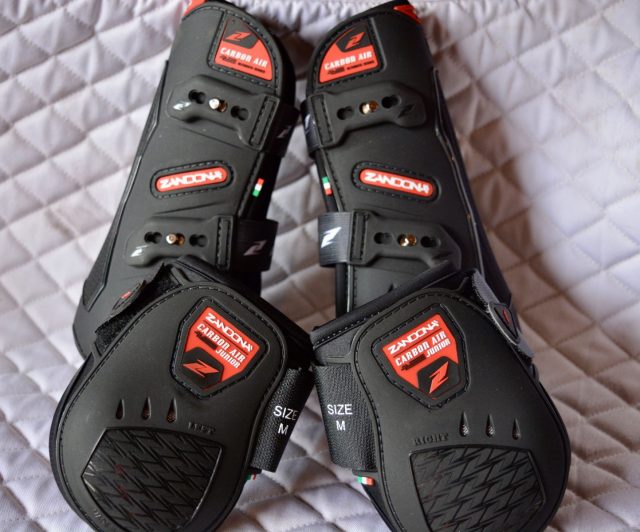 I had the chance recently to test out a pair of Zandonà Carbon Air Tendon Boots alongside their Carbon Air Junior Fetlock Boots, and as the owner of an expressive and noodle-legged Thoroughbred, good boots are very important to me. I have never used Zandona products before, but have heard good things about them from some jumper friends, so I was very interested to test them out myself.

Let’s start at the front, with the Carbon Air Tendon Boots, which I received in black and size medium, with clip closures. They are also available in brown, or white by special order, and sizes small through extra-large, and you can choose if you prefer velcro or clip closures. Lots of customization options!

These Carbon Air Tendon Boots feature an external thermoplastic polyurethane structure with varying thickness, a perforated neoprene lining, and six air vents over the fetlocks for each boot. Each boot also has gel-tech inserted between the TPU structure and the neoprene, which works as a shock absorber as well as increasing the comfort of the padding. 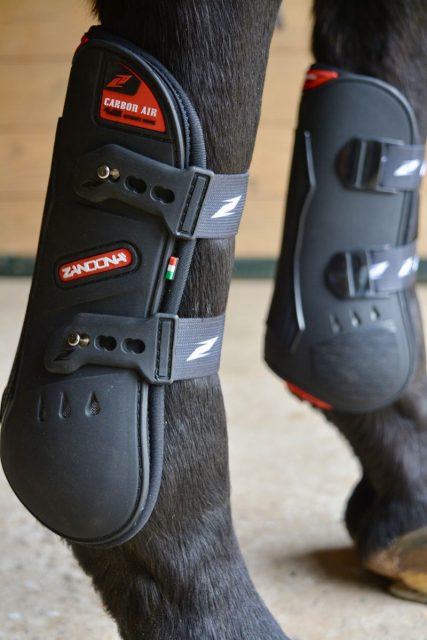 I’m a big fan of neoprene for horses that tend to have sensitive skin and are prone to rubs, and bonus points for ease of cleaning. These boots also have great breathability, with the air vents on each side, ensuring that your tendons stay protected from collision without overheating and causing possible damage.

These boots offer extra strike protection both down the length of the tendons as well as inside of the fetlock, preventing strikes from behind or interference from the forelimbs. Carbon Fibre elements are present under the shell to thermally insulate the joints from the heat generated by external friction, while increasing the mechanical resistance to impacts.

I can say that the ergonomic shape of these boots is excellent, because I know my horse interferes while trotting, and after a long ride they had not been rotated or moved in the least. I really liked the clip closures, I found them to be very secure with a double locking system while still easy to snap on. 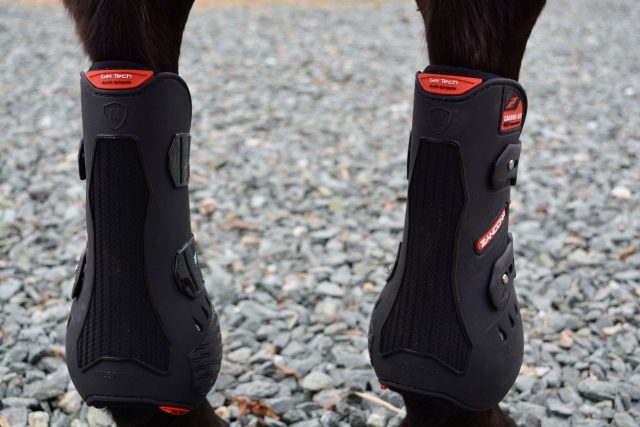 My experience is that these boots run slightly small, as I used them on a fairly skinny-legged Thoroughbred, and they were slightly too short on his tendons, and secured on the last closure. When in doubt, size up for these boots.

For the Carbon Air Junior Fetlock Boots, they feature all of the previously described attributes, however they are only available with velcro closures. They were designed with compliance for FEI Young Horse jumper categories, and are specially designed for young horses. However, they work just as well for the older and more experienced horse. 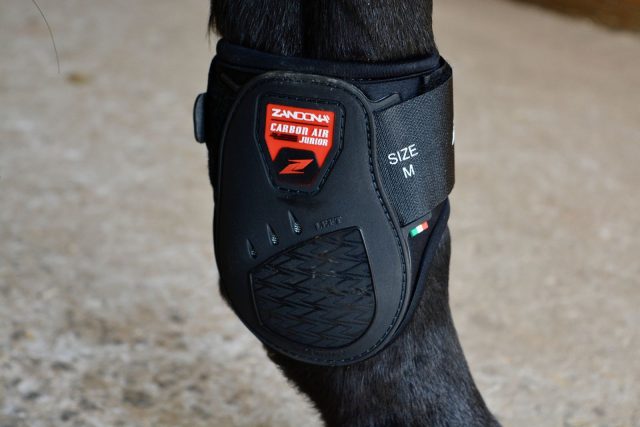 There’s also the option of the “Balance” boots, which are equipped with a magnetic device that improves cellular function, as well as proprioception and balance. The magnet is composed of Neodymium, Iron, and Boron with Nickel coating, and has been found to decrease limb fatigue by increasing vascular blood-flow and lymphatic circulation.

The benefits induced by increased vascular blood-flow and by the magnetic polarization are anti-inflammatory and produce analgesic effects, bone and joint articulation strengthening, as well as acceleration of the toxin expulsion process and of muscle lactic-acid absorption. These benefits lead to the improvement of movement and jumping performance of the horse. 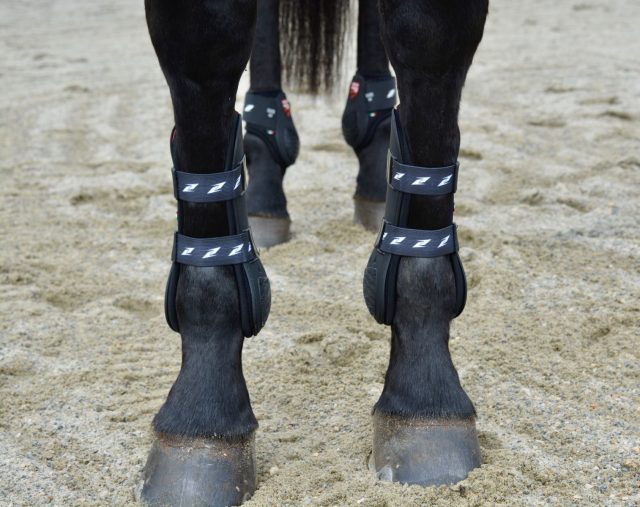 I was initially a little bummed that the fetlock boots didn’t have matching clip closures, but the velcro was actually really nice. The double velcro closures were extremely secure and enable a really custom fit for the size of any horse. These ran true to size, and the medium fit him well.

While everything from Zandonà is crafted and created in Italy, we are lucky enough to have a distribution center in the USA, and they offer free shipping on all domestic orders, so you can have the luxury of European products without the shipping fees!

Check out their U.S. website for the full range of products distributed by Seadog Trading Company.