It’s often said that equestrian sports are the most difficult sport in which to reach the Olympic level, and anyone that has been following eventing in Rio can see why.

It not only takes years to develop the skills to ride successfully in all three phases, it also requires equine athletes hitting their peak level of performance at just the right time. Anyone that has horses knows that they can hurt themselves an infinite number of times in the four years leading up to an Olympic Games, making the road to a global championship nearly impossible.

Luckily, the riders competing this week have developed successful programs that ensure they have a steady pipeline of horses, oftentimes meaning more than one is ready to answer the call. This became the reality for Phillip Dutton the day he was set to leave for training camp in Ocala, subbing in HND Group’s Mighty Nice for his original mount Fernhill Cubalawn.

Unless you stop to think about it, you wouldn’t know what an undertaking it is to prepare a horse to travel to an event like the Olympics, let alone with such a huge change of plans late in the game.

However, with Emma Ford at the helm, this proved to be a very minor speedbump in Phillip’s road to Rio. In this “Q&A with an Olympic Groom” series, Team grooms shed some light on the Olympic experience from behind the scenes. Emma kindly caught up with us during the Games about her experience in Rio. 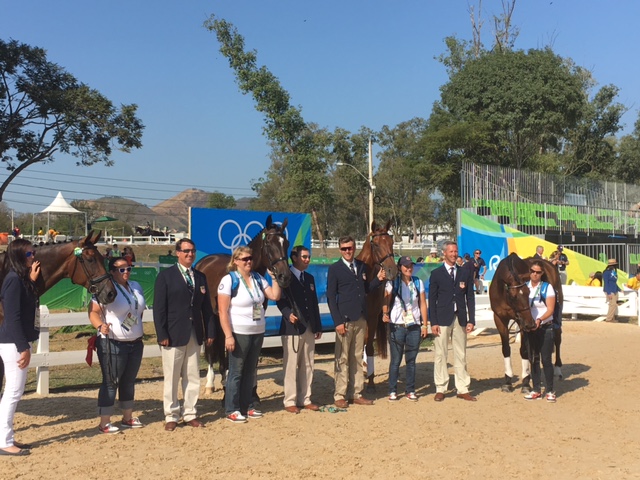 How many Olympic Games have you been to?

So far, how does Rio compare?

The venue is well set up. There have definitely been some minor problems, but they’re sorted out as they pop up. Most importantly though, the horses seem to be very relaxed at the venue. Having been here for the Pan Ams in 2007, I feel that the venue has improved greatly. There is now a hand grazing area for the horses which was not there last time. The grooms’ accommodations have been seriously upgraded from the original shipping containers to actual apartments. The food supply has probably improved by about 40%!!

What has been your most memorable Olympic moment so far?

I’m not sure I can pick my most memorable Olympics! Due to the team dynamic and atmosphere, there are always good memories. I’m still hoping that we can produce that medal which I feel would most definitely make the top spot! All fingers crossed…. [Update: Mission accomplished!] 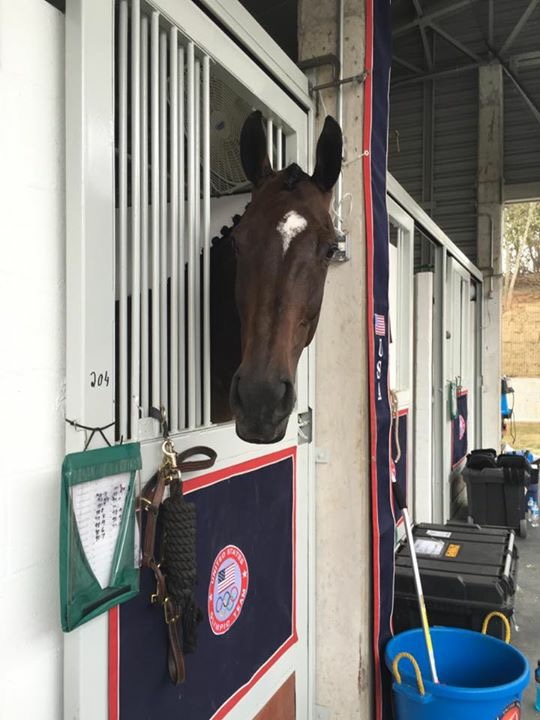 As an Olympic veteran, what is your role with the rookie grooms? Are you someone they go to when they need advice?

I like to think that I’m always someone a rookie groom can turn to for advice. The great thing about the team environment is that we all have one common goal: to win a medal. Because of this, we all work together to make sure that the best outcome is possible.

Although you have a lot of experience grooming at international events, what is the pressure like for you at the Olympic level? Has it gotten less nerve-wracking the more you’ve done it?

It’s always nerve wrecking! At the team championships there is a lot of pressure to produce a personal best. If that isn’t the result, you not only feel that you have let yourself and your team down, but also your nation.

From a groom’s perspective, what are the differences between the Olympic Games and other large FEI events?

Obviously the team aspect is a major difference. At the Olympics you get stabled with your nation’s dressage and show jumping teams, so watching how each discipline takes care of their horses is always an opportunity to learn something new. Also, having only one horse to take care of allows you to truly concentrate on that horse’s needs. 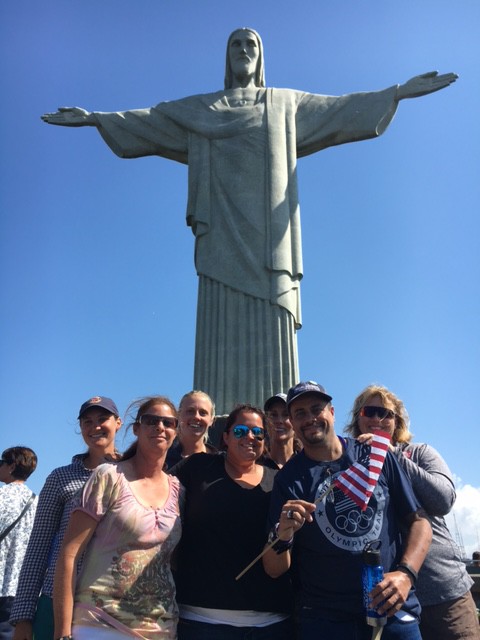 How does traveling with the team compare to traveling to events where Phillip is competing as an individual?

What I love about traveling with a group is getting to spend one on one time with the horse. Our barn at home is extremely busy every day and I don’t always get to spend as much time with each horse as I would like to. When competing at home we always have multiple horses so competition days tend to be hectic. At team events I get to really delve into that horse’s personality, some of which love the attention. Others not so much.

What does it mean for you personally to have groomed at countless World Championships and now your third Olympic Games?

When I first started in the U.S. I had no idea about grooming on the international stage. When I was given the opportunity to fly to Blenheim CCI*** I found it to be a real eye opening experience, and it inspired me to want to do more at the upper levels. I can honestly say that I had never dreamed of grooming at the Olympics until I took the job with Phillip. I feel extremely blessed to still be grooming and enjoying the whole experience whilst getting to take care of amazing athletes, all while being a part of this extended eventing family.

As they do, your plans changed at the last minute when it was decided that Happy would go to Rio in place of Cuba. How did that change things for you? Do those two require completely different belongings or were you able to keep some of what you had already packed?

Fortunately for me, the changing of horses did not cause too many packing changes. I was already organized to take all three to training camp, so I actually ended up removing gear from my trunks! However, the paperwork side of things was probably a nightmare for the team staff. Informing Happy’s owners that he was going was very last minute, as we weren’t sure if they would make the trip to Rio or not. 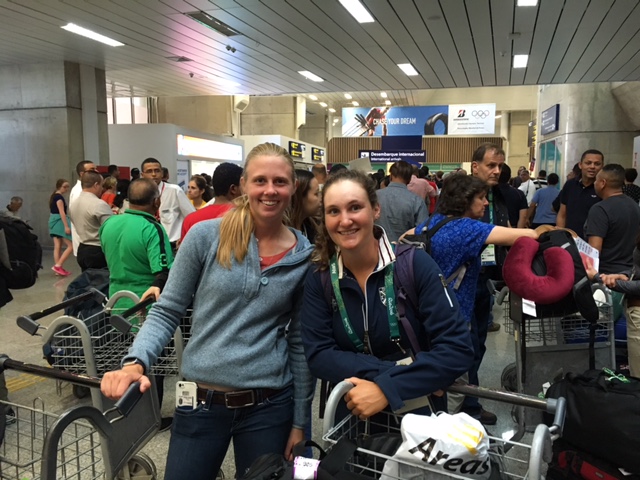 Happy has developed into a horse that can be super competitive in all three phases, much like Phil. How would you describe their relationship?

They have a great relationship, very trusting of one another. Happy has always been a cross country machine, but the show jumping and dressage have taken a long time to develop. They now have an understanding that allows Phil to be able to ask for more and Happy remains rideable.

Rio will be Phillip’s sixth Olympic Games. Do you think that it gets less stressful for him? Does he have any nervous habits that you can divulge to us?

Honestly, you would have to ask Phillip! I’ve worked for him for 10 years and I still can’t tell when he gets nervous. When he “gets in the zone” in the warmups you will often hear him humming. Apart from that, he is all about doing the best job possible.