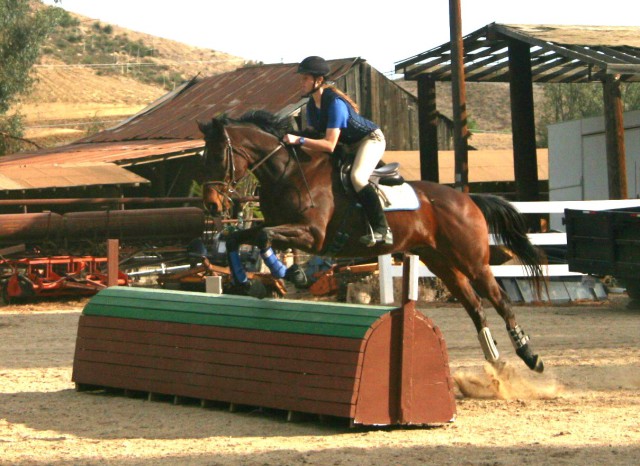 It’s a long way from California to the Kentucky Horse Park. From Goldspirit Farm in Los Angeles, where 15-year-old Rebekah Bond boards her horse, it’s 2,169 miles exactly — a 31-hour haul. But Rebekah, along with around 30 other Camino Real Region Pony Clubbers, are preparing to make the trip this July. Their destination: Pony Club Festival, a championship event held every three years that brings together more than 4,000 USPC members from across the country.

This will be Rebekah’s second festival but her first with a horse. In 2011, the C-1 Pony Clubber from Portuguese Bend Pony Club competed in Quiz, a horsey knowledge bowl. At the time, Kentucky felt to her like an entirely different world. “The weather — hot and raining at the same time — was a novelty, but what was really special about the Kentucky Horse Park, at least for someone who is used to dead grass and tumble weeds or at most the pale green of cacti, was how vibrant green it was, and that everywhere you turned you would see a horse,” Rebekah. “It was so amazing. The thought that it is the place that hosts Rolex is also special.” 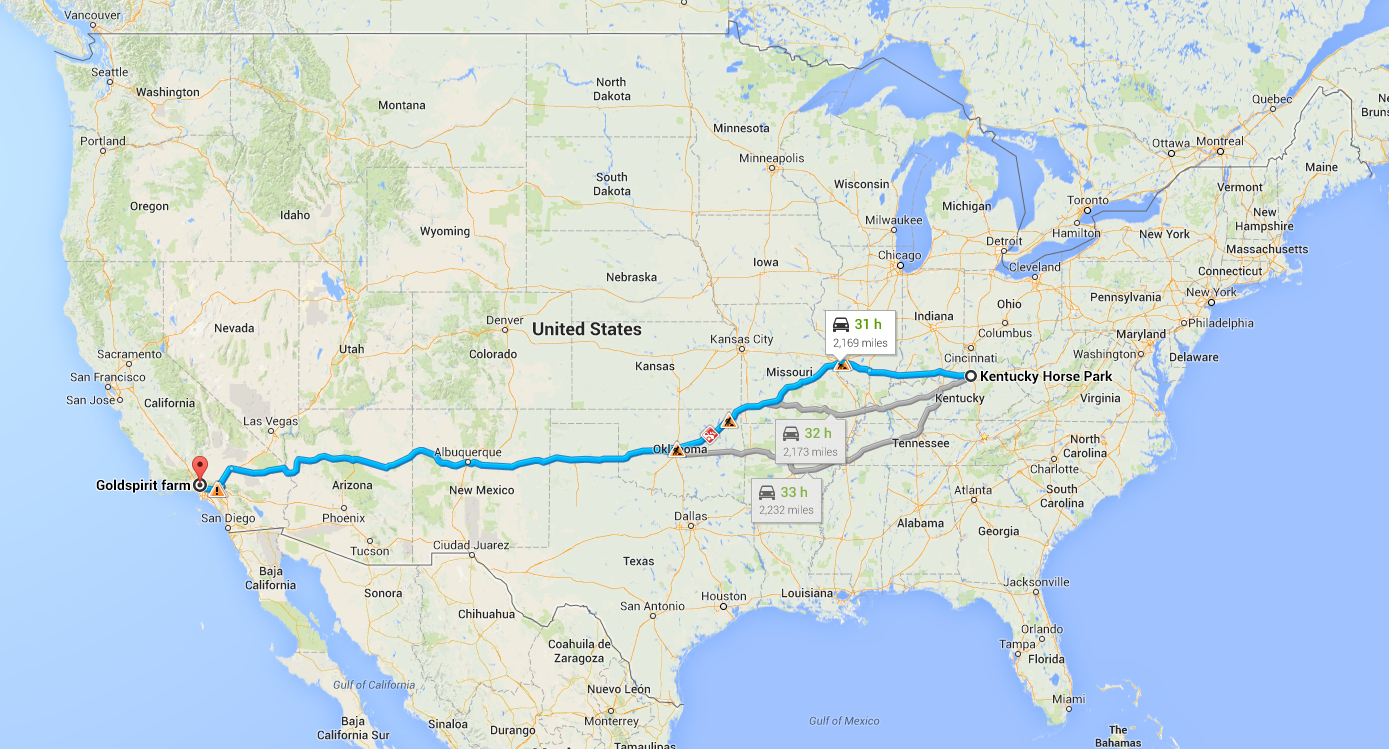 Rebekah set a goal for herself to compete in the next Festival in Eventing. “It was a far-fetched dream,” Rebekah explains. “My mount was a lazy pony who was rapidly being outgrown, and I’d never even ridden on a real cross-country course.”

Rebekah started looking for a new mount and in June 2012 found Sailor, an athletic but excitable OTTB that was the complete opposite of her pony. “He’ll jump just about anything you point him at, just not in the way most people prefer, unless most people prefer charging a fence, taking off two strides out and landing in a fast, flat canter.

“Since he is a sensitive Thoroughbred and gets strong when jumping or out in the open, the driving seat I had developed from riding a lazy pony didn’t exactly suit him. Over time, Sailor really lost confidence in me as a rider because I would drive him forward and then try to slow him down in the only way I knew how — pulling on his face. As you can imagine, that didn’t go very well.”

Their jumping trainer encouraged Rebekah to find a more suitable mount, but Rebekah was determined to figure out Sailor’s buttons. They buckled down on their flatwork but, “Neither Sailor nor I were happy with that; we wanted to jump,” Rebekah said. 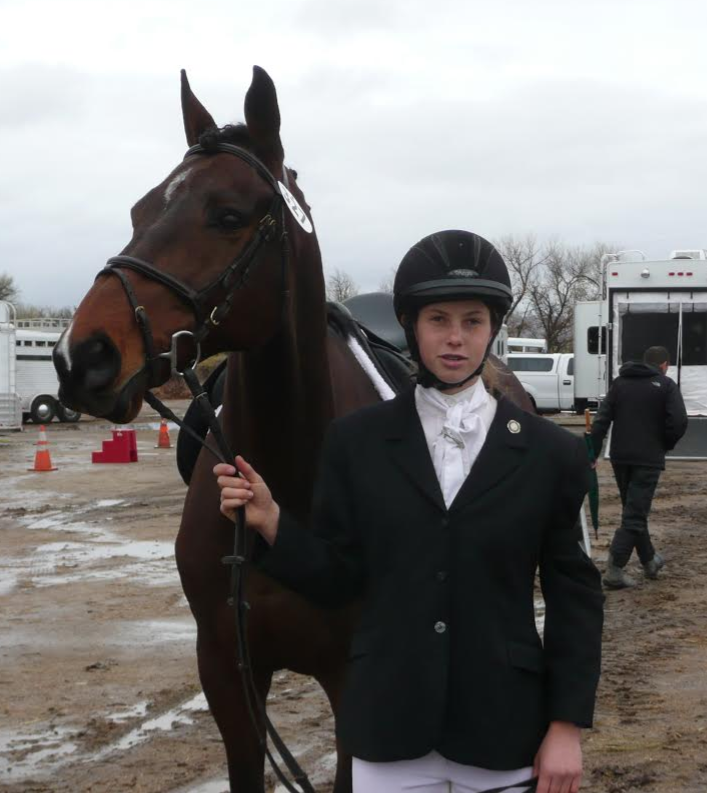 Rebekah met an upper-level Pony Clubber, Kelly Artz, while attending her dressage rally as a stable manager because she “didn’t trust Sailor enough to bring him.” Kelly told Rebekah about Goldspirit Farm, where she works as assistant trainer, and a month later, Sailor went into training there with owner/trainer/ICP instructor Susan Friend and Kelly, who helped school him.

“Two months after that, we were jumping 3-foot fences and having fun!,” Rebekah said. “It was no longer a question of sanity to mount Sailor. Susan had given me tools other than the reins — which were never really a tool in the first place — to slow down and balance my Sailor. Never before had I realized that balance was more important than slowing down. Now that my horse had something to trust, he did.

“He forgave me for all of that pulling on his face and driving my seat into his back. He took care of me over the fences as I learned to jump again. He still and will always get strong over fences and especially cross country, but now he will come back when I ask him correctly. Sometimes I forget — pulling on the reins and leaning back, sending him forward — old habits die hard, but we’re getting better.” 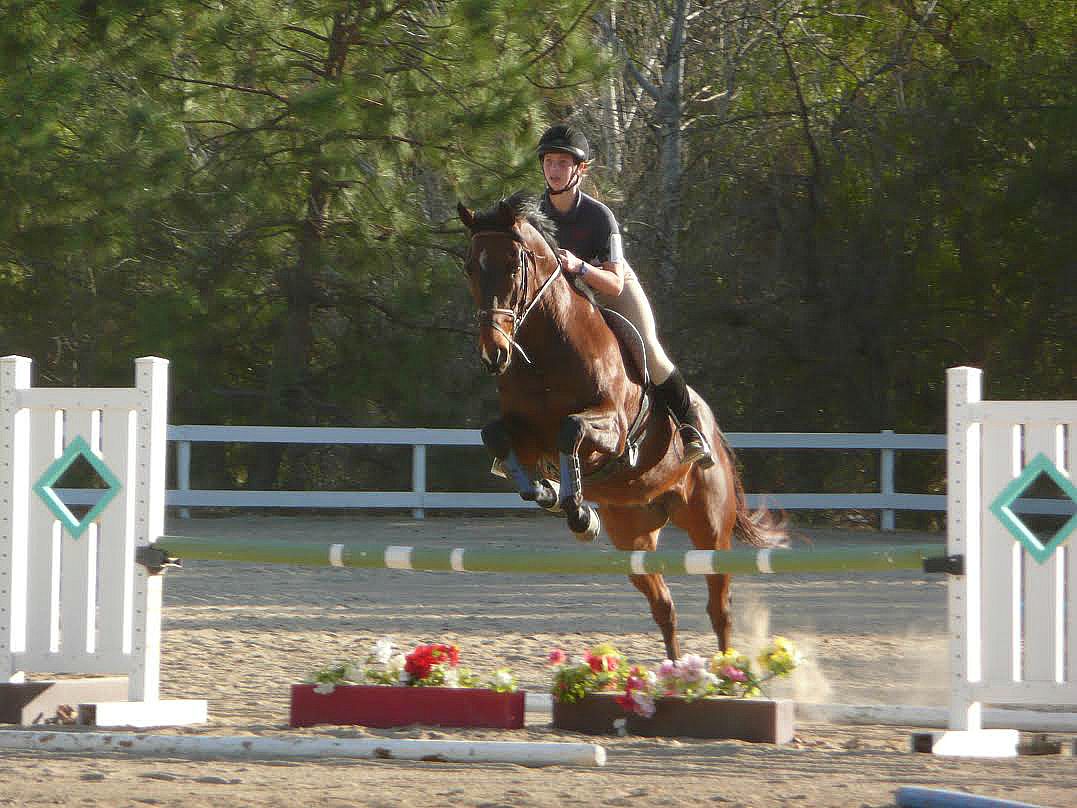 They began eventing just six months ago and earned two festival qualifying scores this spring at Galway Downs and Copper Meadows. Rebekah still can’t believe she and Sailor will be making the trip to Kentucky. “I’m really excited for Nationals! It’s so hard to believe that less than a year ago jumping a crossrail was scary. I can’t wait to let Sailor have fun on that cross-country course.”

Twenty-two horses from the Camino Real Pony Club Region will be making the trip to this year’s festival, which takes place July 14-21, traveling by commercial trailer. Incredibly, travel expenses and entry fees are covered thanks to the region’s giant fundraising effort, spearheaded by Regional Supervisor Lynn Fischer.

Rebekah knows that it has taken a village to turn her festival dream into reality. “I’d like to thank my parents for agreeing to pay for this and for letting me ride,” she said. “I’d like to thank Susan Friend for training my horse and myself and getting us to where we are. I’d like to thank Kelly Artz as well for helping me get there. I’d also like to thank the Camino Real Region, especially Lynn Fisher, for fundraising enough to send Sailor, among other horses, to Kentucky and for paying the entry fee.

“And I’d like to thank my sponsor, HorsebackRidingVests.com, for an air vest that could potentially save my life and without doubt will help my mom feel better knowing that I am safer in doing the sport that I so love.” (HorsebackRidingVests.com is offering a 10 percent off promo code, “sailor,” to Rebekah’s friends and followers.) 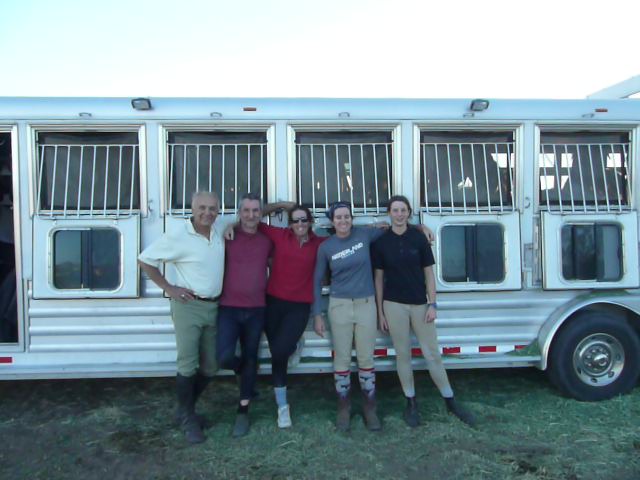 With less than a month to go before Festival, Rebekah is excited for what lies ahead but also appreciative of the road it took to get here. “My goals for festival are to have fun and come back knowing more and being a better rider and horse person than when I left,” she says. “My horse and I have had a difficult journey … I’m quite glad my family had faith in us as a horse and rider team and did not sell him, and I’m on the way to do one of the coolest things I will ever get to do in my life!”