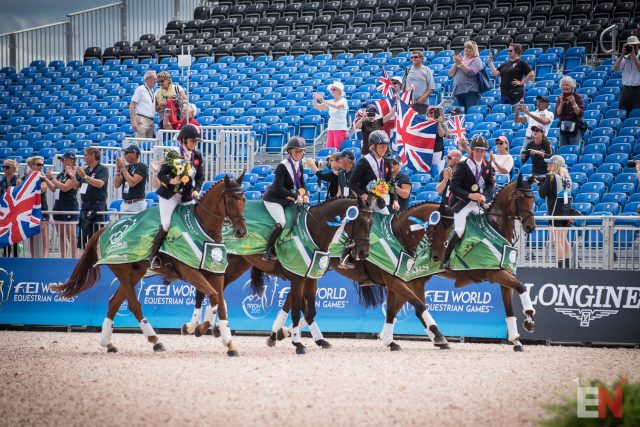 With team gold medals from 2017’s Strzegom European Championships and last year’s World Equestrian Games stashed in their trophy cabinet, the High Performance managers in the British camp have wasted no time in ensuring their enviable array of horses, riders, and support teams are amply prepared to defend the first of their titles at this month’s FEI Longines European Championships in Luhmühlen (28 August – 1 September).

Though that cheeky little gold number at Tryon ensured their qualification for Tokyo, the European Championships remain a pivotal part of the calendar for Team GB, who have been on a sharp upward trajectory since the instatement of performance manager Dickie Waygood and performance coach Chris Bartle at the end of 2016. Great Britain is the most-medalled country at these Championships, with 82 to their name – in fact, they’ve only been off the team podium twice since the instatement of the Europeans in 1953 – and now, it’s all about looking ahead to the Tokyo Olympics, at which they’ll be aiming to collect their first team gold medal since 1972.

Six riders have been selected to the British squad, of which four will be named to the team and two will compete as individuals. The final selection will be made at Luhmühlen. Congratulations to:

[26/08 Update: Tom McEwen has opted to withdraw Toledo de Kerser after the gelding sustained a minor injury in training. Pippa Funnell and her own and Marek Sebastek’s Majas Hope will replace them.]

Three of the combinations named – Tina Cook and Billy the Red, Piggy French and Quarrycrest Echo and Tom McEwen and Toledo de Kerser – represented Great Britain at last year’s WEG, while the remaining three horses will make their championships debuts off the back of strong results this spring. Laura Collett and London 52 won Chatsworth’s Event Rider Masters leg in May after taking the spoils in Blenheim’s eight- and nine-year-old CCI4*-S last autumn, while Kitty King and Vendredi Biats won both Bramham CCI4*-L and Burgham CCI4*-S. Oliver Townend and Cooley Master Class, for their part, took Kentucky CCI5*-L for the second year.

Both Piggy French and Oliver Townend have been selected with direct reserve horses – for the former, that’s Trevor Dickens’ Badminton-winning Vanir Kamira, and for the latter, it’s Burghley winner Ballaghmor Class, owned by Karyn Shuter, Angela Hislop, and Val Ryan. 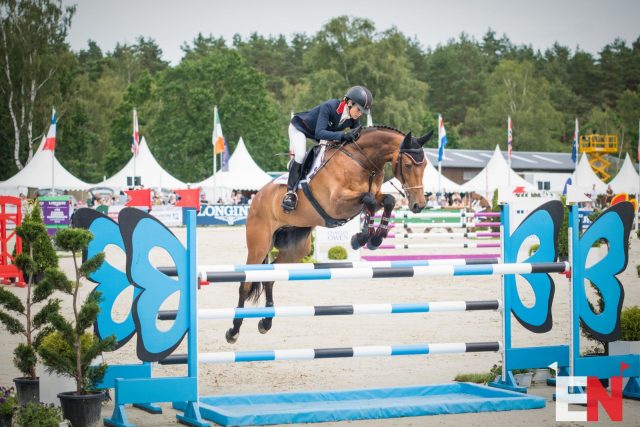 Four immediate reserves have also been named. These are:

“I am very excited about the squad selection, which includes four senior gold medallists from recent championships,” says Dickie Waygood. “It allows Team GBR to be competitive while still investing in the future, with several horses receiving their first team call-up. While Tokyo 2020 qualification is already secured, this European Championships is an important part of our Olympic preparations, so I’d like to thank all the riders and their owners for making their horses available for selection.” 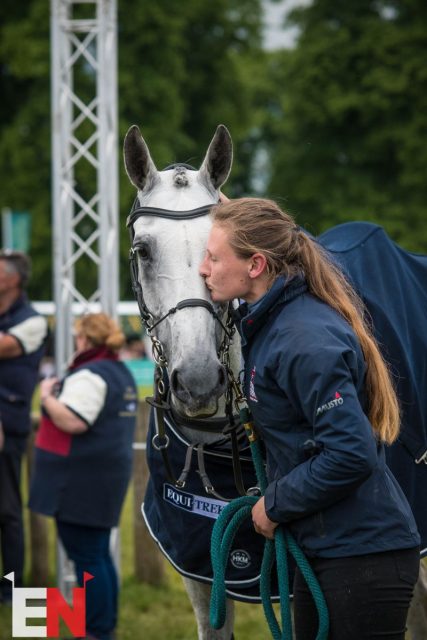 You may have noticed an extra detail in Team GB’s selection list – they’ve made the fantastic decision to champion the grooms of the selected horses, recognising their essential role in their charges’ performance.

“It was such a shock when we got the news,” says Chloe Fry, who works as travelling head girl for Kitty King. “Vendredi Biats did really well at Bramham and Burgham, so he and Kitty deserve a place, but it was so amazing to actually hear that they have been selected. To represent Team GBR is a massive achievement and to do it with this horse means so much. I’m so excited, I used to dream about being a team groom and now having the opportunity to do it is amazing.”

Zanie King, the long-time right-hand woman to Laura Collett, agrees: “For me, it is unbelievable to be selected, especially when you have such a close working relationship with the horse and rider – it means the world. I’m just delighted for Laura and for ‘Dan’. You never assume anything, but when you get selected it brings it all together. It’s a massive reward for lots of talent and hard work that has been put in by all of the team. I love being a team player and working as part of Team GBR is really special.”