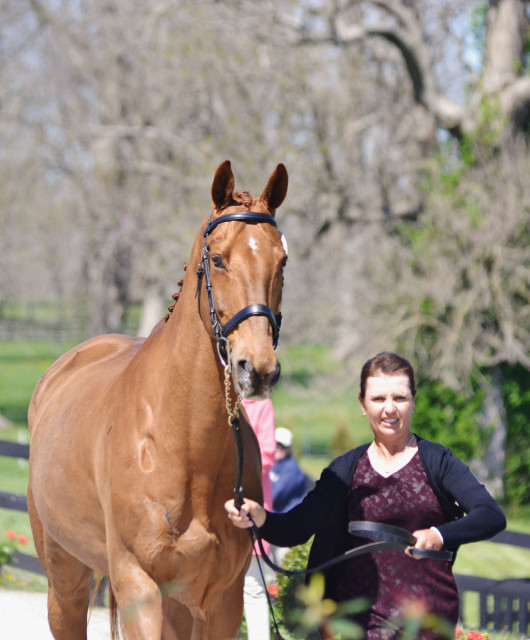 Debbie Rosen and The Alchemyst at the 2014 Rolex Kentucky Three-Day Event. Photo by Jenni Autry.

We are saddened to report the passing of Debbie Rosen’s longtime upper-level partner, The Alchemyst. The Canadian Sport Horse gelding was 22 years old.

Debbie and The Alchemyst competed at the top levels of the sport from 2007 through 2015, also acquiring two then-four-star completions at the Rolex Kentucky Three-Day Event in 2009 and 2010. The West coast-based pairing was a regular sighting at events scattered up and down California and was a source of deep inspiration after Debbie underwent breast cancer treatment in 2009. Her chemotherapy was completed just a month before the 2010 edition of Kentucky – before that came multiple surgeries – where she would go on to finish 36th overall aboard “Al”.

Big Al said it was time to go. He made my dreams come true and then went on to live his best days with Lauren Sherrill….

Debbie sent the following tribute to her friend:

“Al had a buck known coast to coast and made five-star fences feel like cross rails. He both terrified and thrilled me every time I stepped in the tack and I came off of him more than all other horses combined. And yet, when I was chemo sick, he watched over me like a parent and babysat even the smallest of children. I think his youngest passenger was 10 months old.

He lived for the roar of the crowd when he show jumped around Rolex clean and the noise was deafening, you could feel his heart burst with pride.

He loved to travel and one year we drove just the two of us across the country. At one point, the wind was blowing semis over so I pulled to the side of the road and got in the trailer with him. The trailer felt like it was going to rock off its axles but we just huddled up until it was safe to continue. He just patiently waited, munching hay, until we could get on with it. He never saw what the fuss was about, in general.”

The Alchemyst truly became the vessel through which Debbie lived out some of her biggest dreams. In 2015 at the conclusion of his upper-level career, Debbie elected to allow her partner to become a teacher, sending him to reside with Lauren Sherrill. He remained under Lauren’s care, traveling with her from the East coast to California to Arizona, all the way through his final days.

Please join the Eventing Nation team in sending condolences to Debbie, Lauren, and everyone else who loved The Alchemyst. Please share your favorite “Al” memory in the comments.