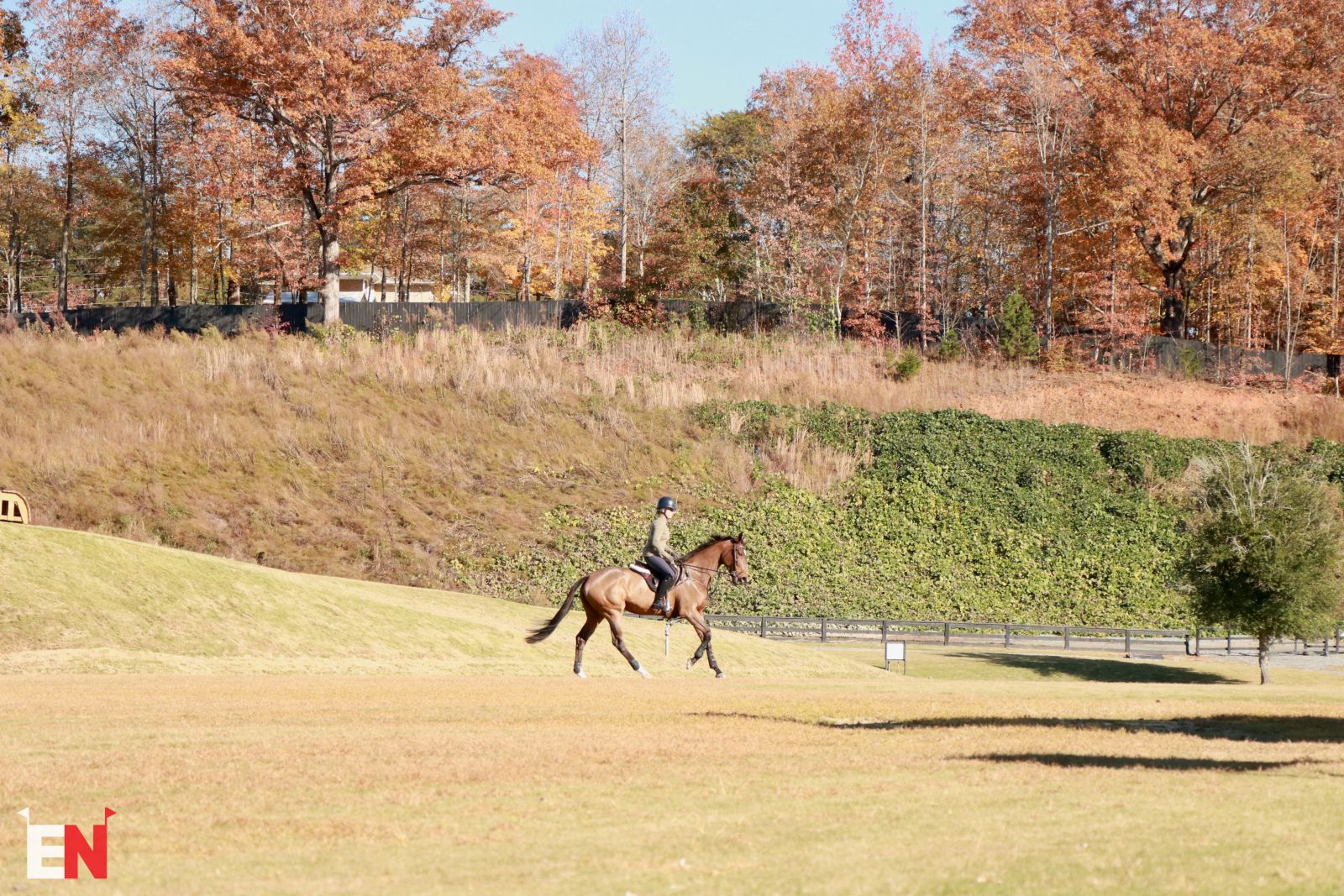 Having lived in Southern California for the past five years, I always feel like I’m seeing the world with new eyes any time I visit the East coast during the fall. I have family here in North Carolina, so when planning out the tail end of the season I tacked on a trip to Tryon this weekend as a part of my Thanksgiving visit. This means three full weeks of actual fall weather — trust me, I love living in California, but I can’t help but feel a tad wistful when I finally get to see some colors on the trees.

All of that to say that I’ve mostly spent my time gawking at the pretty leaves since I arrived this afternoon, much to the eyebrow raising of anyone who saw me, no doubt (“does this lady know the arena is behind her?”).

There is an actual event happening this weekend as well, so after snapping more than a few stalker-quality photos of some riders out for a leisurely hack in the practice field next to the International Stadium I turned my attention to the final portion of dressage in the CCI4*-S and CCI2*-L this afternoon. 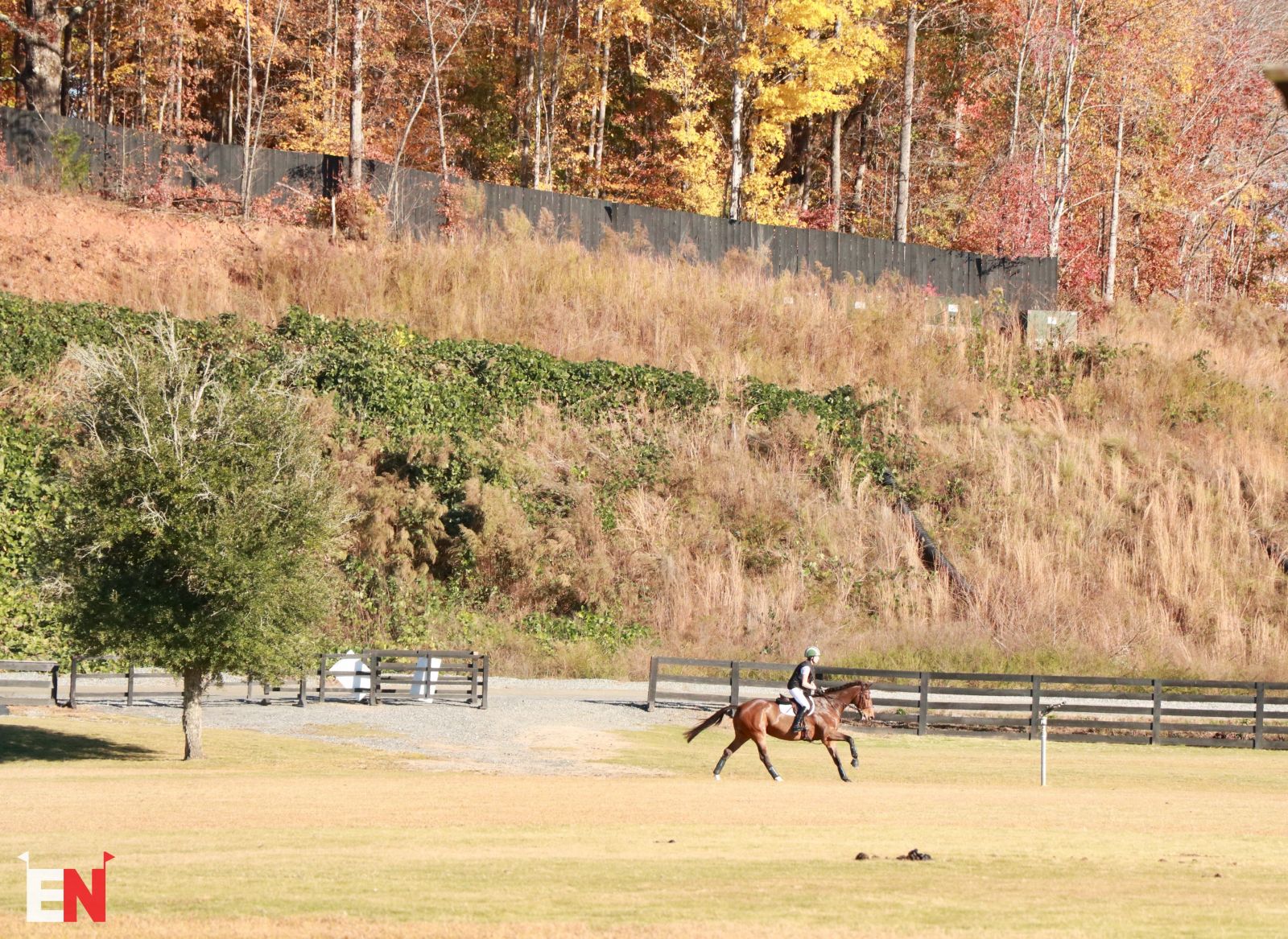 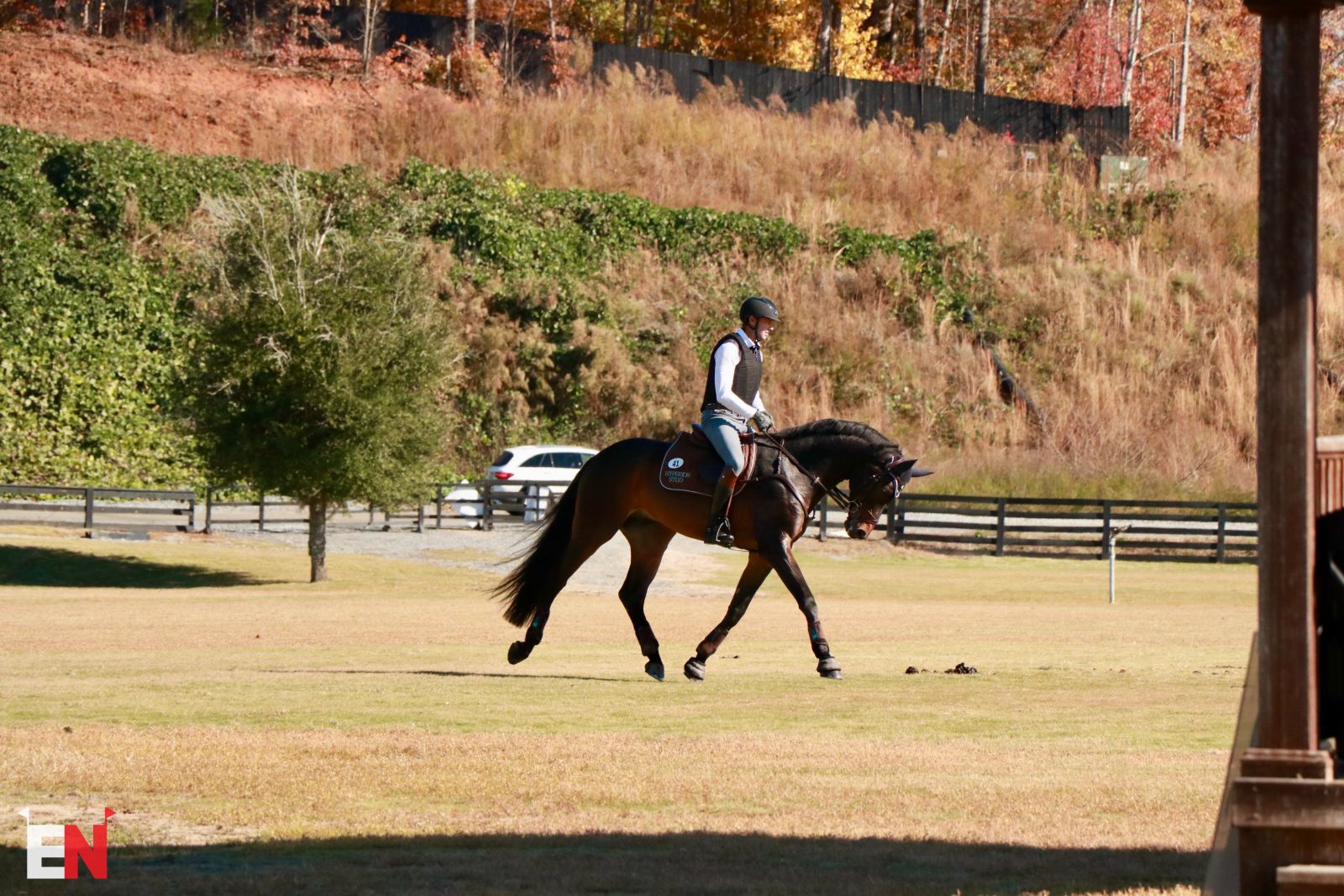 There’s a hefty amount of competition to take in at Tryon, which is supported by title sponsor The Dutta Corp.: there is a Long format for every FEI level up to 4* and there’s also the USEF CCI4*-L Eventing National Championship as well as the Adequan/USEF Youth Team Challenge East Coast Final. In addition, there’s also the Young Horse Show Finals happening on the far side of the property, along with the $25,000 Cleghorn Gun Club Grand Prix happening Sunday. Oh — and they’re also setting up for a Spartan Race and preparing for Winterfest. It’s safe to say: there’s a lot going on here!

But this venue, which gives off Winter Equestrian Festival vibes (and should, given its shared ownership with the Wellington venue), is a great one to showcase equestrian sport at its finest, and it’s also a great educational trip for younger horses unaccustomed to atmosphere at typical horse trials. 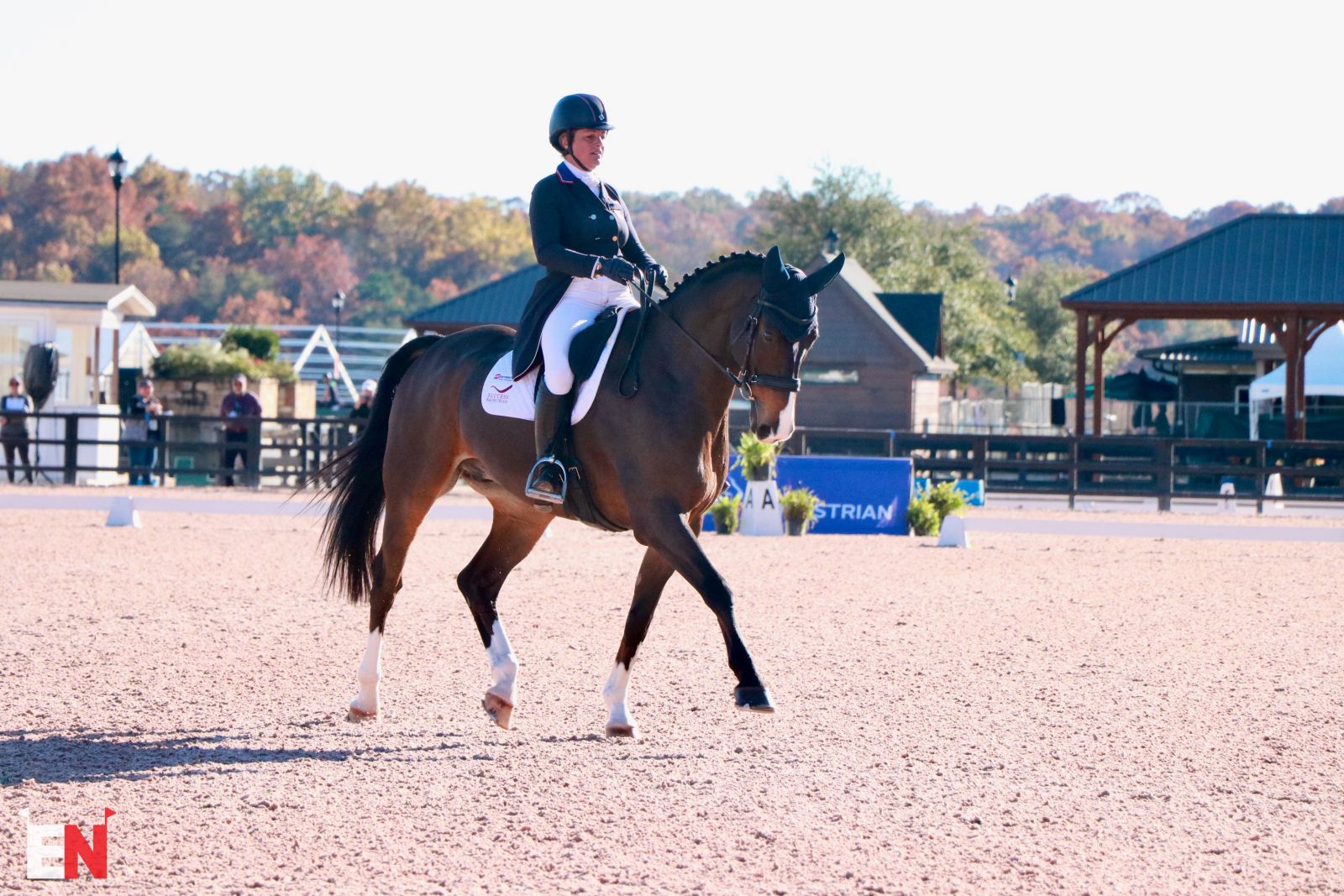 This weekend’s CCI4*-S division is, like its Long counterpart, a mixture of more experienced horses along with a few first-timers or lesser experienced pairs. The final pair to see this afternoon to wrap up the dressage was Lynn Symansky, who rerouted here from Maryland with the Donner Syndicate’s RF Cool Play (Condors Champion – Roxana, by Radscha), and her score of 28.2 was enough to squeak past Phillip Dutton and Z (29.2), back from his post-Tokyo vacation, for the overnight lead. Lynn elected to withdraw “Coolio” after dressage at Maryland due to personal illness. Canada’s Jessica Phoenix and Charlotte Schickedanz’s Humble GS will round out the 4*-S top three on a score of 29.7.

Meanwhile in the CCI2*-L, Tik Maynard’s overnight lead will remain intact, but the top three shuffles a bit with Liz Halliday-Sharp coming up as the best of Friday to take second aboard Emilie Mudd’s Quite Nice 11 on a score of 24.7. 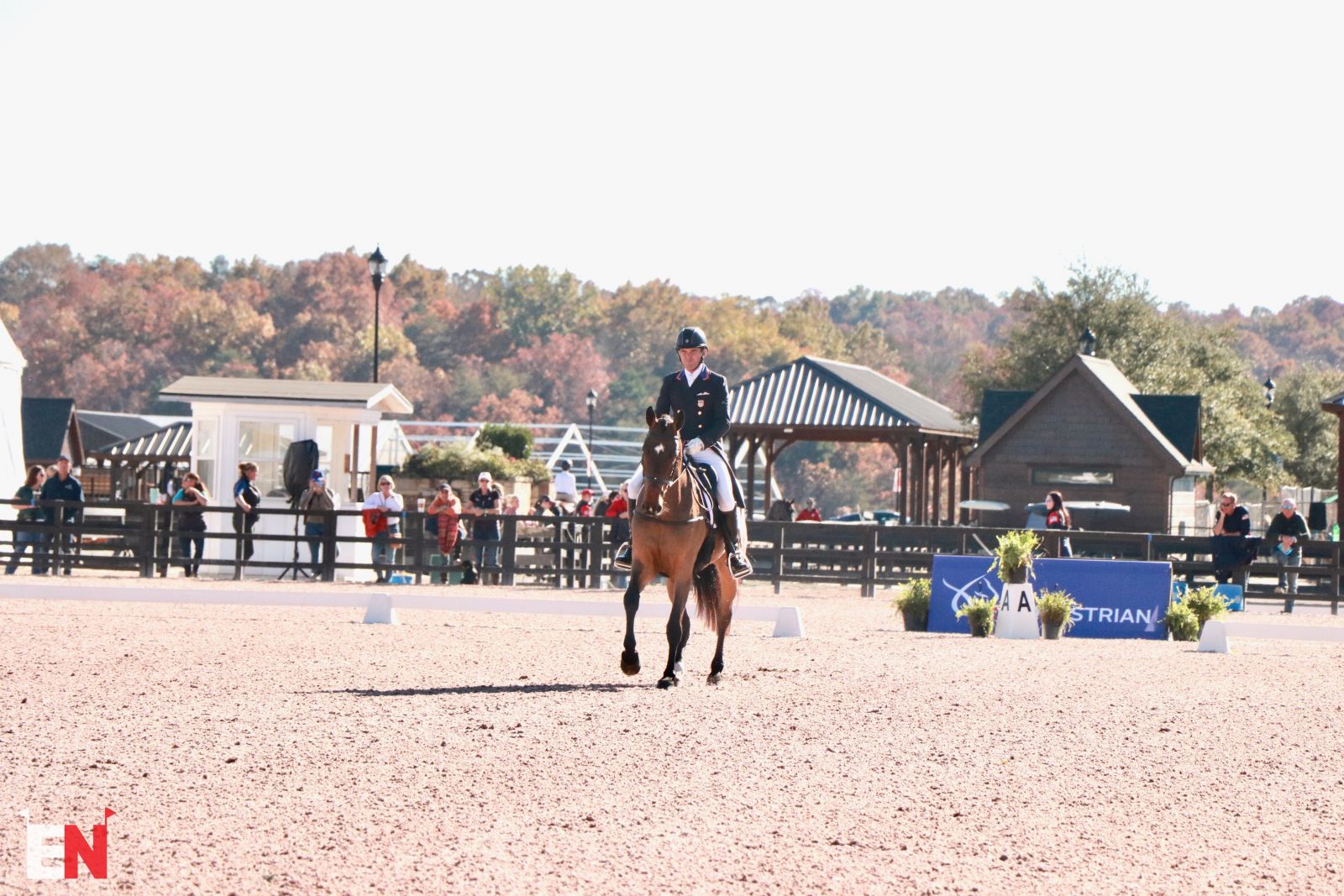 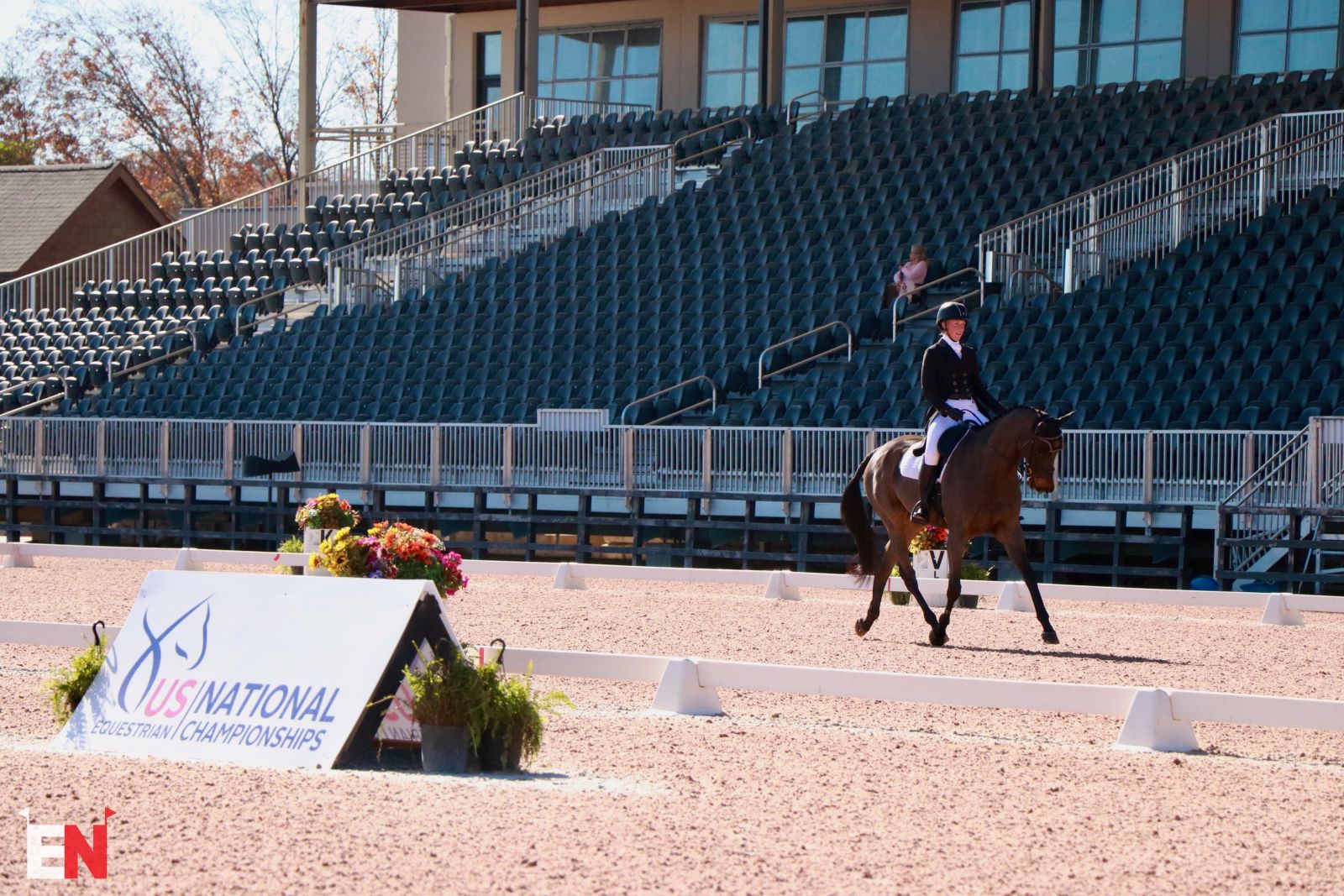 The attention now turns to what Captain Mark Phillips has up his sleeve for tomorrow’s cross country test (and, for the 4*-S riders, what Chris Barnard has up his sleeve for the show jumping phase). I’m heading out to take a quick spin around the track after this, hence my lack of photos, for which I apologize! For reference, here’s a look at the 4*-L map: 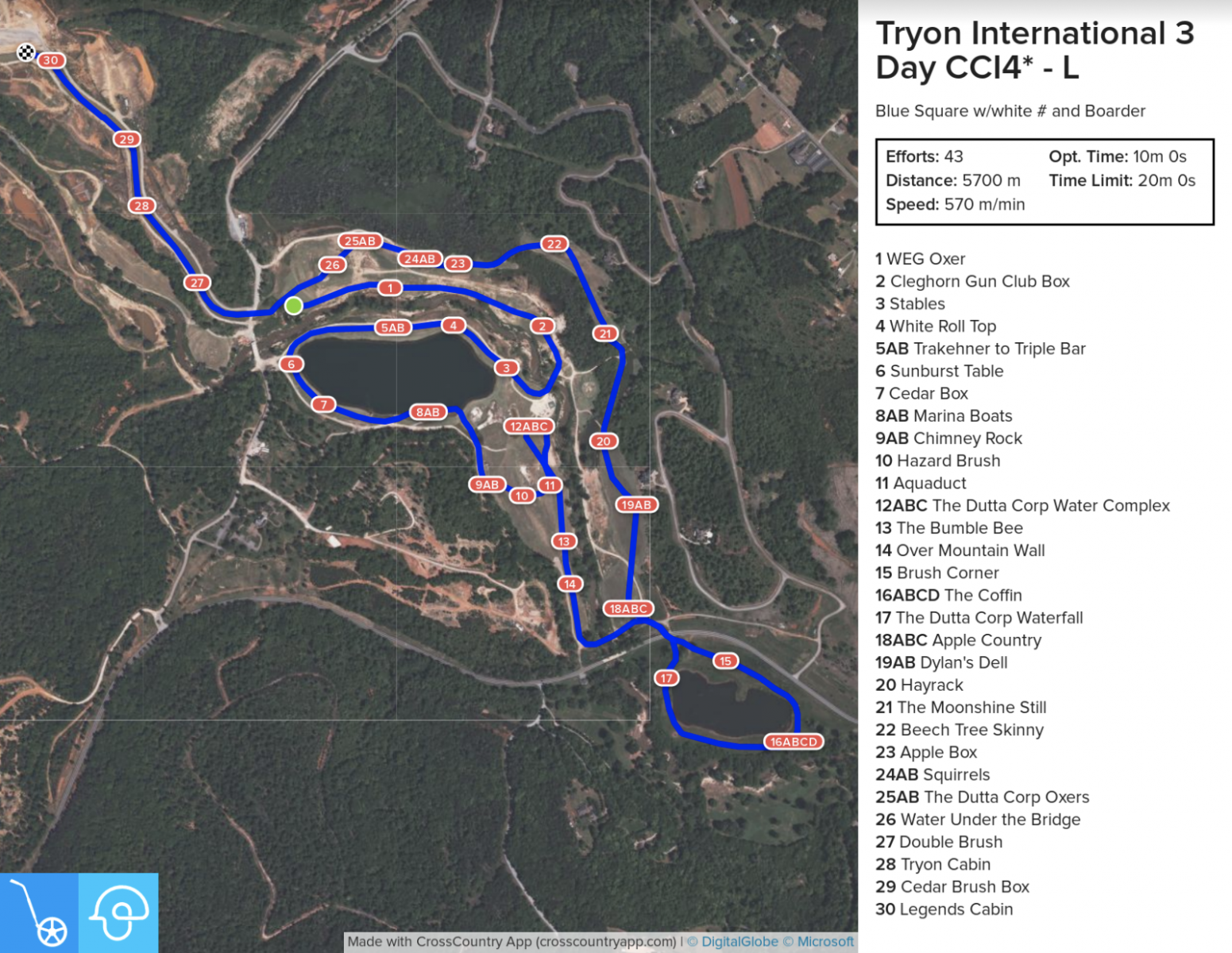 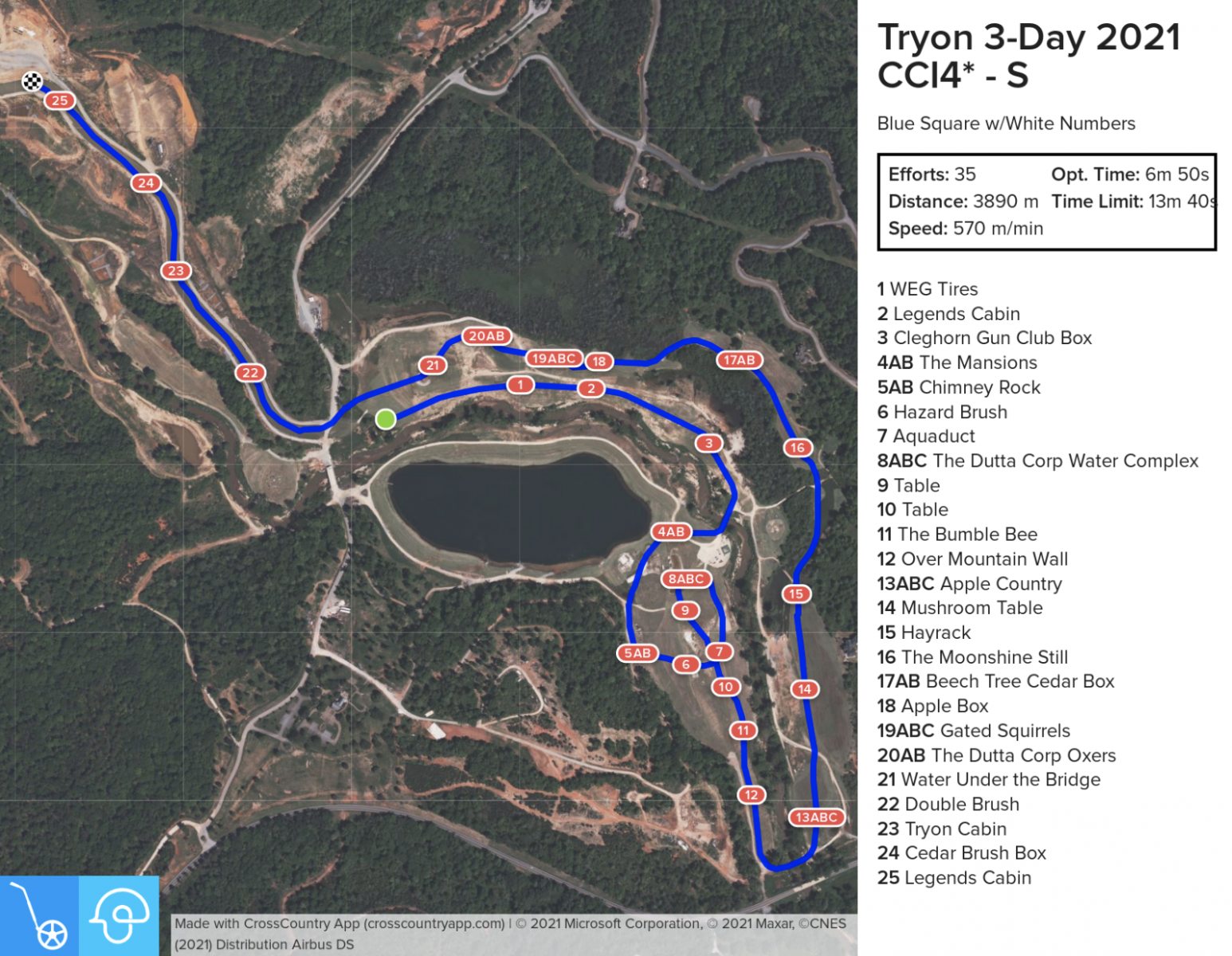 I’ll be back with you tomorrow evening for a cross country wrap-up. You can watch the action live here in person (no admission charge!) or on USEF Network’s live stream here. Go Eventing! 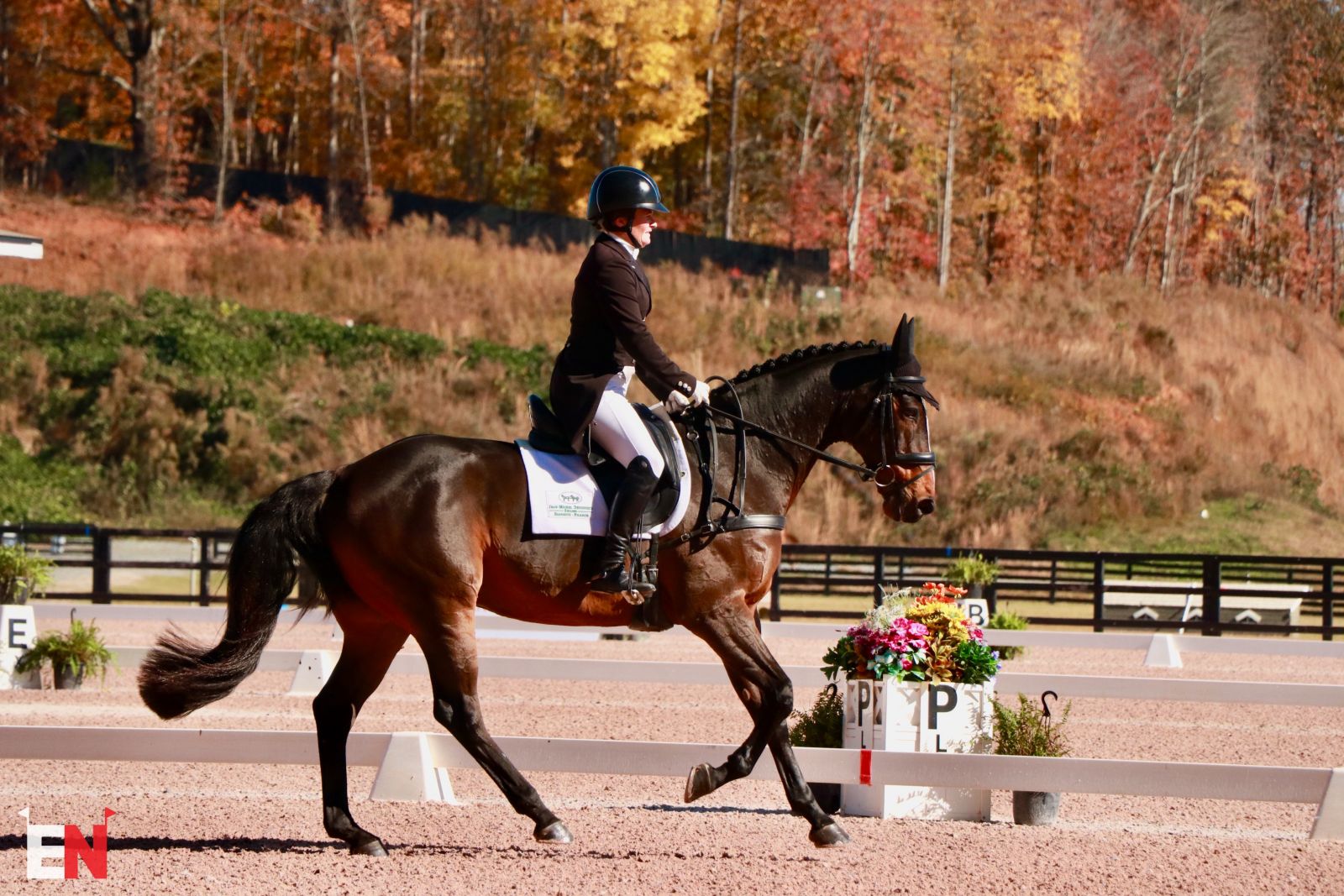