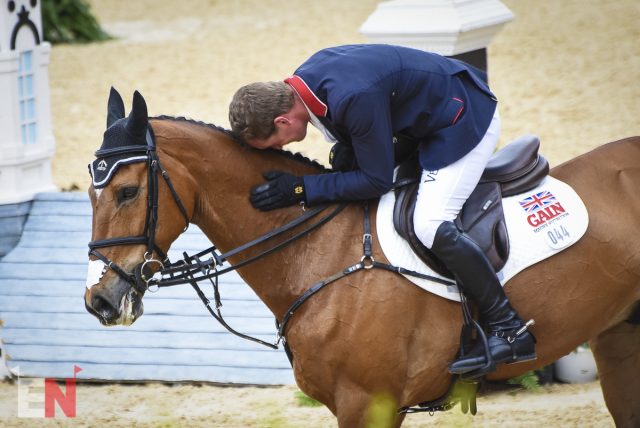 It honestly took over a week plus Badminton coverage to truly reflect (recover) from The Land Rover Kentucky Three-Day Event. The Best Weekend All Year, held April 24-28 is one of EN’s busiest, so I’d like to bring you a few odds and ends that might have been missed in our coverage as well as a look inside of the madness that is LRK3DE:

Kentucky was a different beast for me this year. I went to the former four-star for the first time as a spectator, then for a number of years as an intern for Press Officer Marty Bauman and his Classic Communications team, who organize the Media Center, and then again when I worked for the U.S. Eventing Association. Kentucky feels familiar, and I know, generally, what to expect, but that got a bit flipped this year as I found myself taking on the role of Lead Writer for Eventing Nation.

This past Sunday marked two years since I joined the team, and I’ve covered enough events that I know what to do, but the how to do it was truthfully a little daunting. Jenni Autry has fearlessly led the EN coverage in Kentucky for the last seven years, so I certainly had big shoes to fill. If you’ve never met Jenni, picture every single Marvel Universe character rolled into one — being Jenni is a superpower on its own. As I took the reins that week, I wanted to maintain the quality and flair our readers have come to expect as literally thousands and thousands of you guys visit EN every day during Kentucky.

Fortunately, the Nation Media team is quite frankly the best out there, and there was not one second that I didn’t have ample support, encouragement and friends eager to help me. I have Jenni, Leslie Wylie, Abby Powell, Maggie Deatrick and Tilly Berendt to thank for that. And don’t worry, Jenni hasn’t gone anywhere, she was on the other side of the camera this year as field reporter for USEF Network (which she did brilliantly! You can find more of her excellent coverage here). 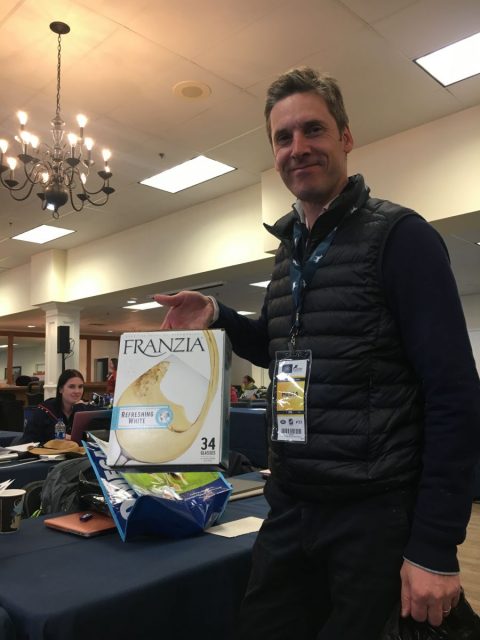 Outside of our own happy EN bubble — there is nothing more encouraging than working alongside the many, many talented journalists and photographers who descend on Kentucky every year.

Our content came to life that week through the photos of Shannon Brinkman and her team, which included the talented Bryce Lankard and Erin Gilmore. I feel very lucky that our little corner of the Internet had such incredible visual thanks to them.

Looking forward to celebrating our European winners at @ECRotterdam2019! pic.twitter.com/CRIKaZrnF7

I’d also like to take a second to congratulate Jenni, Shannon and The Chronicle of the Horse’s Mollie Bailey, who all received McCauley’s Alltech ‘A+’ Awards for outstanding coverage of international equestrian sport. It’s very encouraging to see their talent and hard work recognized.

Now to the competition — I’m happy to say that this was one of the safest years in Kentucky. The one major injury was a broken collarbone sustained by Buck Davidson, and I’m happy to report that he’s on the mend. Before he underwent surgery for some new hardware, he was at the competition Sunday, coaching and supporting other riders with a smile on his face. He was rightfully awarded the The Equis Sportsmanship Award for this.

Excited to see this cheeky boy tomorrow! ❤️❤️ glad that he is feeling like himself again and we are going to put last week’s unfortunate blip behind us and get back to fighting form after he has a little break 😍❤️ #DeniroZ #Lovehim #superstar #keepfighting @robdesino @chris_desino_

An early and uncharacteristic fall had Liz Halliday-Sharp and Deniro Z eliminated from the competition at fence three on the cross country. Liz said Deniro didn’t feel himself — he was unusually laid back and a bit lazy in the first minute — but we’re happy to hear that he’s feeling right as rain again. Liz has made her usual spring pilgrimage back to the UK, and we’re looking forward to following their summer season across the pond.

One of the biggest points of discussion over the weekend revolved around Will Coleman and Tight Lines, who were penalized by the new missed flag rule. Will posted this on his Facebook page the following Monday:

“As I understand it, the intent of this rule is to prevent horses that are trying to run out from having their head, neck, and shoulders simply held inside the flags by the riders, while their bodies don’t actually jump the obstacle. In my case, I think there was no question my horse tried to jump between the flags. Did I ride it perfectly? Absolutely not. Was the distance too long? Yes. There were lots of awkward rides there throughout the day. Did the horse jump it well? No, he is not the scopiest, and he scraped over it, and it was hairy as hell. That’s eventing. It ain’t all roses. But punishing this horse for trying his absolute hardest to the do the right thing in that moment just seems wrong, especially when the actual intent of the rule is to penalize combinations who are trying to NOT negotiate the fence and are simply wrangled between the flags. Unequivocally, that was not the case here. It was as honest an effort on the part of the horse as you can get. If you want to punish me for having one dicey fence on an 11 minute 5* track, the rest of which the horse made look like child’s play in one of only four double clear rounds, then give me a yellow card for not riding well enough.”

This new rule has received heavy criticism this spring, as riders and fans argue that it introduces an element of subjectivity to the cross country phase. EN is actively following this rule and its implementation as the season continues. 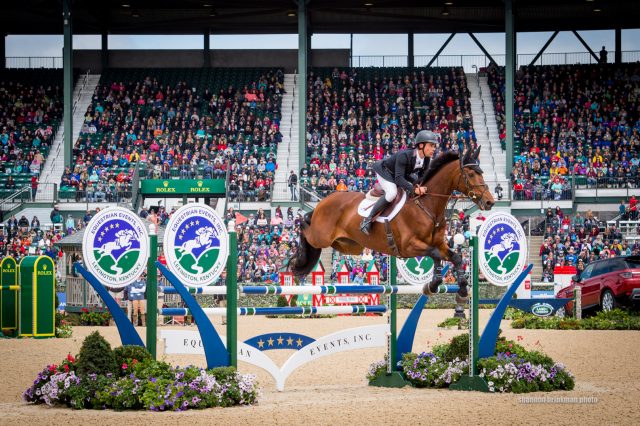 Dom Schramm and Bolytair B. Photo by Shannon Brinkman Photography.

We’ve seen a smaller pool of Kentucky first-timers in the last two years, mostly due to a more stringent qualification process, but their stories are always the most special to me because they are out there chasing a dream that many of us have shared.

I’d like to highlight Ariel Grald, who turned heads on Saturday for her incredible cross country performance that made her look like she’d been around that track a thousand times before, and Dom Schramm, who handled the seemingly overwhelming pressure of going first in the show jumping with one of the most stylish clear rounds of the day. 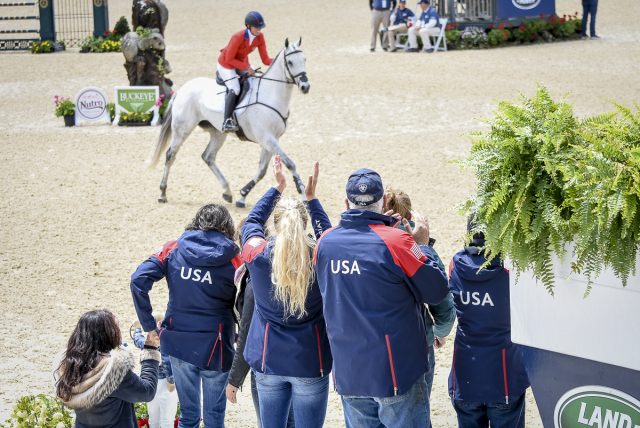 Lauren Kieffer and her crew. Photo by Shelby Allen.

Speaking of show jumping, there is no more emotional moment than when a competitor completes their round and comes back to join their team. A five-star completion is special to all riders whether you’re a rookie or a seasoned veteran. They say it takes a village to get a horse to this level, and that moment when the village reunites on the backside of a completion is truly special. 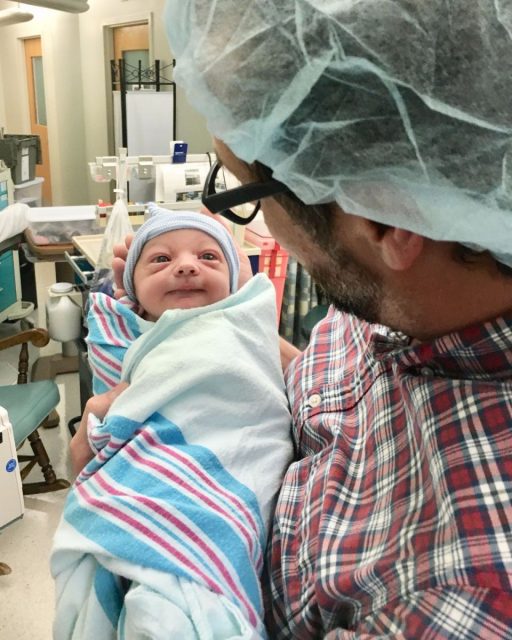 Amid the madness that is Kentucky, I have to admit I had one ear flicked another direction for a large portion of the competition as our very own Leslie Wylie was facing an entirely different challenge — labor and delivery. In true eventer spirit, her bundle of joy arrived on cross county day. I missed Leslie’s cheer in the Media Center this year, but am so excited for her and her husband.

Working for this sport is often a labor of love, but I feel very fortunate to toil away for something I am truly passionate about. Thank you to all the readers that rode the emotional roller coaster that is Kentucky with us.

Click here to catch up on all of our LRK3DE coverage.