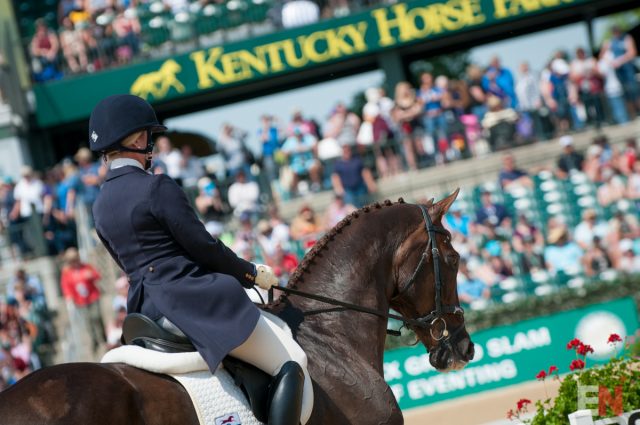 Allison Springer was the first five-star rider to don a helmet in the first phase of eventing competition. Leslie Threlkeld Photo.

This editorial was co-written by Ema Klugman and Elena Perea, MD.

We have come a long way in the last several years in terms of helmet safety in our sport. In 2010, Allison Springer rode in a helmet in her dressage test at the Kentucky Three-Day Event — the first-ever rider to ditch her top hat in the first phase at that event. Less than 15 years later, the helmet has become not just the norm but the rule.

While it is wonderful that we rarely see an event rider on a horse without a helmet now, we can go above just wearing any helmet —- we can try to wear the most protective, best fitting headgear we can.

In December of 2022, Virginia Tech released the results of its study on equestrian helmets. The VTHL ratings reflect “impact tests” the lab used to “evaluate a helmet’s ability to reduce linear and rotational acceleration of the head from a range of head impacts a rider might experience”. Virginia Tech publishes ratings for a range of different sport helmets, including football, hockey, and whitewater rafting; this research has, as a result, influenced the landscape of helmet safety in each of those sports.

It’s important for us as equestrians to protect our heads. We each only get one of them, and we are bound to fall off at some point and hit our heads! The results of the Virginia Tech helmet study were not what some riders or companies were expecting, particularly when helmets that had gotten top ratings in another study conducted in 2021 by Swedish insurance group Folksam were ranked much lower in this study. More expensive helmets did not necessarily perform better in the VT study; indeed, the #2 ranked helmet costs less than $100. Manufacturers defended their products, and there were a whole range of different reactions from riders online.

We need to remember that we need this data, because research is a good thing. Preventing catastrophic brain injuries is a good thing; protecting against the more common concussion is also a good thing. Really, the most surprising thing about this study was not necessarily its results, but the fact that it has taken so long for independent research to be done on the efficacy of equestrian helmets. 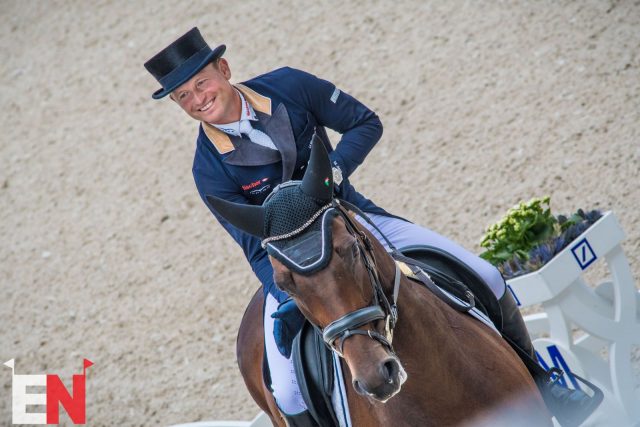 It wasn’t so long ago top hats were still the norm for event riders. As of 2021, head protection is compulsory in eventing competition. Photo by Tilly Berendt.

It’s a realization that sparks a larger question: do equestrian consumers buy research-backed products? How much independent research is out there for equestrian products, especially for those we depend on to keep us safe?

This is not to say that there are no standards. The ASTM/SEI standards, which apply to North American helmet companies, have been in place for decades with respect to equestrian helmets. However, those standards act as a floor for safety focused on catastrophic injury such as skull fracture -— once the product has met those standards, suppliers do not necessarily have an incentive to make their helmets safer. Research requires funding, and while some helmet manufacturers have dedicated Research and Development arms, not all have the resources (and, yes, in some cases the gumption) to dive into the improvement cycle. An independent rating system creates competition among suppliers and pushes all of them to produce the safest helmets possible, and could also lead to stronger funding for further development.

I spoke with Elena Perea, MD, an amateur eventer guest writer for Eventing Nation, about this issue. She has emphasized that, in general, we have a lack of data backing up our products in equestrian sports. Lola B. Chambless, MD, who has consulted with USEF and the FEI, wrote to us in an email that there is a similar problem in air vests:

“Equestrian air vests were designed to reduce injury during a fall from horse, and these products may have undergone internal testing during their design phase. However, to my knowledge, no company producing this equipment has made public any data that shows that they actually reduce injury frequency or severity in any way. Even more worryingly, no data has been produced to show that they do not actually INCREASE the risk of injury. No independent product testing has been performed or published, and unlike conventional body protectors and helmets, there are no safety standard in place to ensure this equipment is working as marketed.

While it might seem reasonable to wear an air vest with the mindset that ‘it can’t hurt and it might help’, this unfortunately isn’t true. Many safety interventions have failed because of unintended consequences the designers did not foresee. As an expert in the biomechanics of the brain and spine, I can hypothesize several ways that deployment of an air vest could potentially worsen a neurologic injury. Performing studies to clarify this issue is absolutely feasible, but doing so would require that equestrians demand this evidence to support the use of air vests before they make a purchase. Riders deserve the same investment in their safety equipment that is seen in much larger sports like football or cycling, but we will have to hold our product manufacturers to a high standard if we expect results.”

What can data like this do? First, it encourages companies to create better products. The primary investigator from the helmet study, Dr. Barry Miller, gave an hour-long lecture on YouTube in which he pointed out that when Virginia Tech released the initial football helmet test results, there was only one helmet that got a 5 star rating. However, in reaction to those results, football helmet manufacturers improved their products. Now, every football helmet on the market has a 5 star rating. Similarly, Dr. Miller anticipates that these equestrian helmet ratings will drive a rapid improvement in helmet quality in the horse world.

There have certainly been some defensive reactions to this data from helmet manufacturers. For instance, MIPS, which is not a helmet manufacturer but rather a provider of the MIPS safety system to several different manufacturers, released a statement following the results noting “room for improvement” on some aspects of the test and Virginia Tech’s rating methods. Charles Owen criticized the study because it “focuses on just one potential cause of concussion”. To some extent, defensiveness and criticism is expected: every company wants to protect their products and their processes. And to be certain: further advancement in the research itself means these tests should continue with future iterations. Meanwhile, other companies have also been receptive to the VT study and have welcomed the innovation that its results will surely drive.

No one envies the job of a helmet manufacturer. There are umpteen different ways that a rider can fall off of a horse, get rolled on, get kicked in the head, or sustain a head injury in some other way. Designing a helmet that will protect riders in all of those situations is undoubtedly difficult, and it’s important to note that not every helmet will fit every head — a good fit should still rank on your criteria list.

Despite these challenges, we as an industry should, similarly to our counterparts in other sports, welcome and encourage independent research that tests the efficacy of our safety equipment. The Virginia Tech Helmet Lab will be performing research on body protectors in the coming years, which will hopefully inform improved development in that area as well. Research drives innovation, which in turn drives evolution. We should demand (and push to fund) more of it.

There are several resources available to help you conduct your own consumer research for the best helmet. While each study conducted may result in varying conclusions, each research effort helps us to better understand what makes a safe piece of equipment and how it should function. The following link list reflects information, opinions, and analysis on the topic of helmet research from a variety of viewpoints.