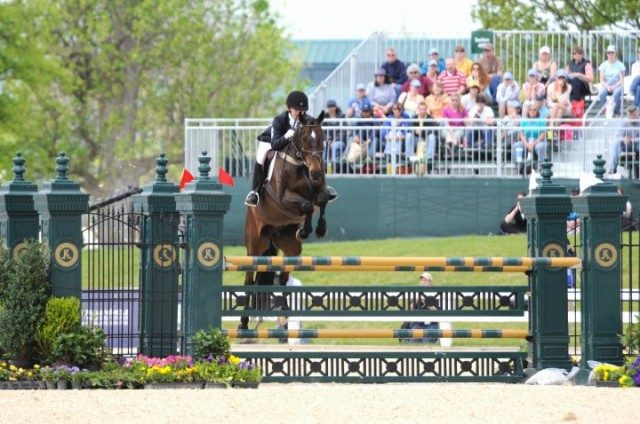 Kelly and Reggie at the Kentucky Three-Day Event. Photo by Lisa Tossey.

We are saddened to share the news that Kelly Sult-Ransom’s OTTB powerhouse Hollywood passed away today at the age of 25.

By Mighty Adversary and out of Reckless Knight, Reggie raced under the name Mightyreckless. Despite the blood of racing legends Native Dancer, Nasrullah and War Admiral running through his veins, he didn’t excel on the track. After 12 starts and less than $700 earned, he entered the next phase of his life where he met Kelly.

It was love at first sight for 13-year-old Kelly, and despite Reggie’s nasty reputation, she and her father, Mark Sult, started training the young ex-racehorse. It was not smooth sailing initially — at their first event they were eliminated at the water — but Kelly didn’t give up. 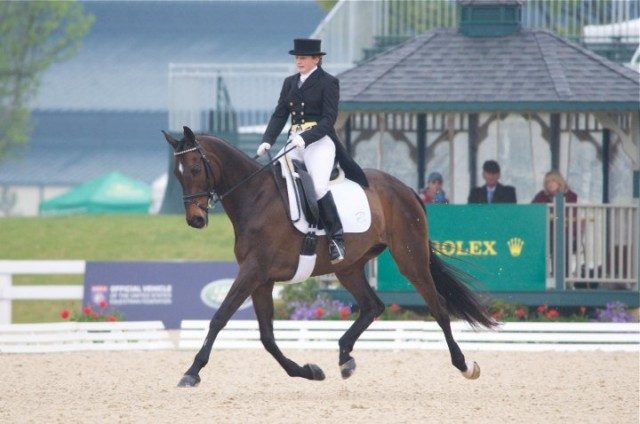 She kept believing in her cheeky OTTB, and her persistence paid off. Soon they were tearing around at the Advanced level and earning a 6th place finish in the two-star at at NAJYRC in 2007. The following year they made their four-star debut, finishing 14th as the highest placed young rider at the Kentucky Three-Day Event.

After four more successful completions at the CCI4* level, Kelly retired Reggie sound and happy, taking pride in the OTTB that she and her father trained themselves all the way.

“He was my heart horse who started everything for me! Brought so many people together and brought smiles to everyone around him,” Kelly said in a Facebook post. “He was a quirky dude that I will never forget and will thank him daily for everything he has done for me!”

“He gave me wings to fly around Rolex four-star four times and gave me so many opportunities to be at the top of the sport while giving me his heart through everything! I LOVE YOU REGGIE!”