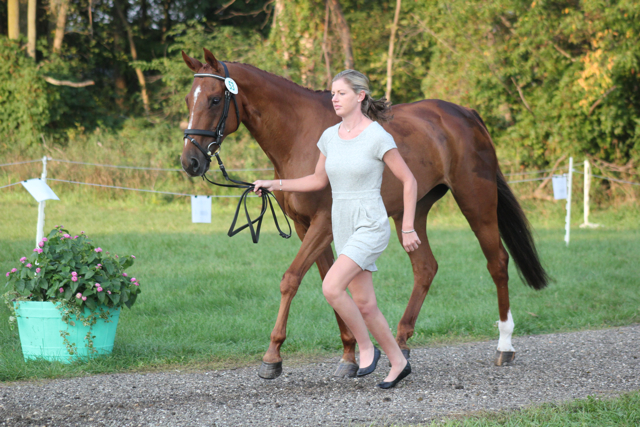 We are sad to report that the Holly Payne Caravella’s former upper-level horse Madeline passed away this week at the age of 19. Owned and also ridden by Jill Gordon, “Baby” colicked due to a herniated diaphragm, and ultimately couldn’t be saved despite the best efforts of the veterinary team at the Mid Atlantic Equine Hospital.

Baby was the quintessential red headed mare. Sourced by Marilyn Payne, Baby was known for her fiery personality. Jill and her daughter Alex competed the Thoroughbred mare by Mysterious Count before passing the reins to Holly Payne Caravella in 2005.

By 2008, Holly and Baby were competing at the Advanced level and completed the mare’s first CCI4*-L that fall at Fair Hill International. The following year, the dynamic duo finished 38th at the Blenheim Palace International Horse Trials. In 2012, they shared their five-star debut at the Rolex Kentucky Three-Day Event. Together, Holly and Baby competed at the Advanced level for seven years.

Jill made the decision to retire her horse from the upper levels in 2014 and Baby continued on as a schoolmaster at the lower levels for Jill and others.

“Baby had the heart of a lion, but was never easy until Holly tamed and gentled her,” Jill said. “I will forever be in Holly’s debt for her years of work, partnership and love for our shared angel! Every ride on Baby was like flying on a cloud — Holly did that.”

”Madeline was one-of-a-kind,” Holly said of the chestnut mare. “She will surely never be forgotten. I credit the start of my professional career to this fiery little redheaded chestnut mare. She taught me so many life lessons and took me to some amazing places!”

Madeline (aka Baby) passed away yesterday at the age of 19. Baby colicked due to a herniated diaphragm. The…