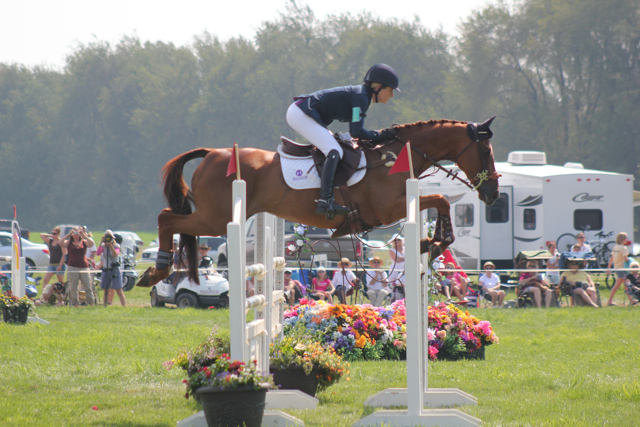 Holly Payne and Madeline have enjoyed a wonderful partnership together. Over the last seven years, Holly and Madeline have campaigned at the Advanced level, internationally at the CCI3* level and at the CCI4* level at Rolex in 2012. Holly and Madeline’s owner, Jill Gordon, decided that it was best to retire the 14-year-old Thoroughbred mare while she was still sound and happy rather than continue campaigning her at the Advanced level. Holly’s working student, Kathleen Hall, will now take over the ride on Madeline.

“Madeline owned by Jill Gordon has been retired from upper-level competition. It was a tough decision but after running at the Advanced level for 7 years, it was time to give her an easier life while she is still sound and happy. She has given me well more then I could have asked for. She took me to my first overseas trip competing at Blenheim CCI*** in 2009 and my first four star at Rolex Kentucky in 2012. Madeline was also top placing mare three times at Fair Hill CCI***. She is a very special little horse with a huge heart and deserves the best. I am happy to announce that Kathleen Hall, who has worked for me for the past few years, will be taking over the ride in hopes of getting to a one star! I want to give a huge thank you to Jill Gordon for all the years of love and support.”