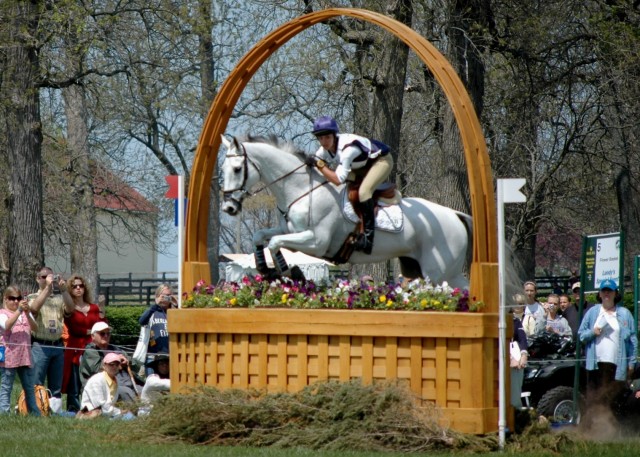 Lynn and Fergus at Rolex. Photo by Dana Voorhees.

We are sad to share that No It ‘Tissant, Lynn Symansky’s first four-star partner was laid to rest last month at the age of 28.

“Fergus” was an off-the-track Thoroughbred by Admiral’s Flag and out of Yes Tis. Racing at Charles Town, Philadelphia Park, Garden State and Laurel Park, the handsome grey had 24 starts. He won three of those and ended his first career with earnings of $16,675.

Julia Gomena then introduced him to eventing, taking him through Training level. Lynn met Fergus when she was 14 and he was five. Both young and full of fire, they learned the sport together, leaping from Novice to Advanced in only four years. 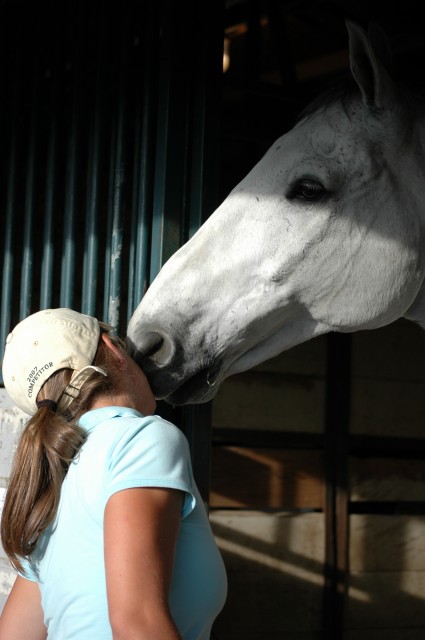 For Lynn, Fergus was a horse of many firsts. The pair hit it big in 2003, earning a spot on the USEF Winter Training List and 10th place at the Pan American Games in the Dominican Republic. Lynn and Fergus tackled their first five-star at Kentucky in 2007 where they finished 19th. The following year they also snagged a top 20 result and Fergus was recognized as the best-conditioned horse.

Lynn shared these touching thoughts with US Eventing:

“Fergus was never lacking in personality and had the strongest opinions of any horse I’ll know. His emotions were never hard to read, and his dramatic hatred of dressage and discipline was only rivaled by his obsessive love for cross-country and dirt. We would likely never win a single thing in the modern-day sport, but I can’t think of a better horse to have learned from.

“Fergus was a tried-and-true long format horse—he taught me the importance of showing up and kicking on no matter how far down the leaderboard we found ourselves on the first day. What he lacked in classic technique over fences he made up for in scope and heart. As a kid I had little understanding of his exceptional bravery and power, but it was that feel which instilled a confidence in me nearly impossible to teach without the right partner. It’s what most of us work our lives towards cultivating.

“For every bit of success he helped me realize, we saw even more disappointment. He taught me lifelong lessons in patience, a strong work ethic, compromise, respect, and friendship. I learned that a horse’s most frustrating flaw can also be their best attribute. Whether bruising my mom’s arms in the ‘D’ box as his heart rate rose in direct proportion to the excitement still out on course, or scaring away the barn help from the only place that tolerated him, he would gladly push anyone around in pursuit of his own self-interest. Even in full retirement he would gladly plow one over to escape his stall or the perceived threat of a bath. He acted like this up until the day I had to say goodbye.

“Fergus, thank you for giving me my foundation, keeping me humble, and solidifying my love for OTTBs and eventing. He was my best friend from my early teens, helped me survive college and adulthood, gave me a taste of breaking into the top, and granted me the joy of paying it forward as I watched him teach (and terrorize) others. He was my most frustrating rival, my best professor, and responsible for changing the course of my life.” 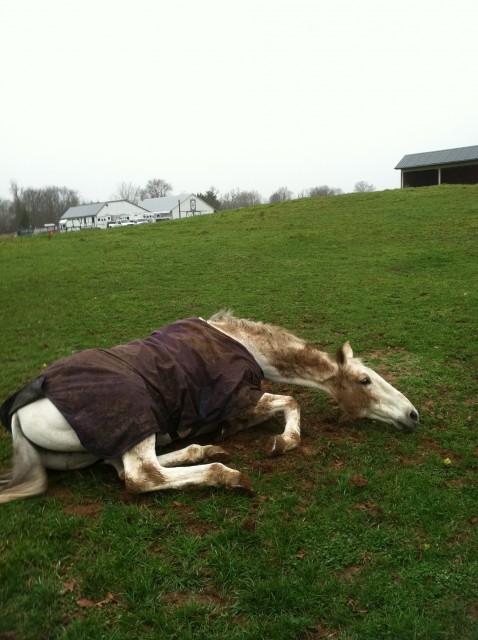 Fergus stepped back from the top of the sport in 2008, where he went on to teach Lynn’s students Retsy Holliday and Cara Goode. He enjoyed his twilight years ruling the roost at the Symansky’s Handlen Farm in Middleburg, Virginia.