We hope you have enjoyed following along with Bieman de Haas sponsored rider Holly Jacks-Smither and More Inspiration as they competed in the CCI3* at The Event at Rebecca Farm, as well as sisters Ella and Eva Marquis, who represented Canada at NAJYRC. Don't miss their final blog tomorrow! Read all of their blogs here: Part 1, Part 2, Part 3, Part 4, Part 5, Part 6 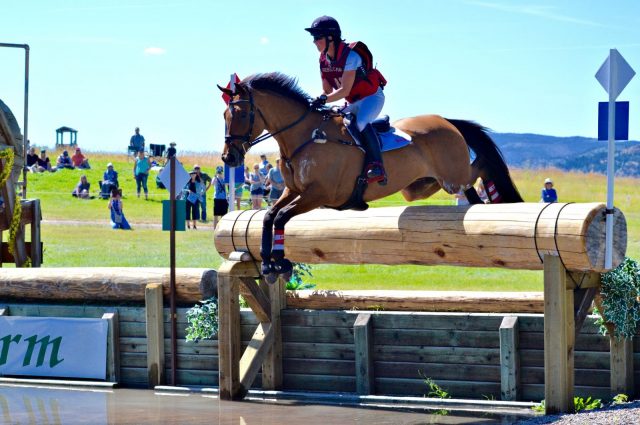 Eventing — there are many highs and lows but there is nothing else I would rather do and no other people I would rather share the journey with Ella and Eva Marquis at NAJYRC. Eva was so brave to be the first rider out on course but took an unlucky tumble at fence 7. Thankfully she was ok but the emotions ran high.

Upon reflection Eva remarked: “Lurch felt amazing throughout the warmup. We left the start box and he attacked the course. We were on our favourite phase! He took the first six jumps effortlessly.

“Then at jump 7A — a deep ditch and brush — we got a big jump in, and the four strides to the B element turned into three and a half. We couldn’t quite recover and down we went. Not the outcome I was hoping for or expecting as we have never had a fall together. But we were both OK, which is what matters most. We will be back to fight another day!”

The pressure was on for the rest of the team. We had lost a rider and there was no margin for error! Ella commented: “I was feeling extremely nervous before my cross country round. I saw Lurch coming back to the stables early and only then found out that they had a fall. I realized I simply had to stay on and do my best to make time for the team.

“When I left the start box Polly was confident and strong. I knew she wasn’t going to let me down as long as I did my job and told her where and how she had to go. She was amazing over the entire course, and we came in with no penalties and under the time allowed. I was excited and relieved! Being part of a team really sunk in when we got to the vet box and Polly was surrounded by people to cool her off. She loved it!”

I was so proud of Eva for jumping in to help her teammates all afternoon, and soon the tears of sadness turned into tears of joy when all three girls came in adding no jumping or time to the team score, putting them in silver position.

As for my ride, Morris skipped around the CCI3* course and made it feel easy. He cooled out well and I was so excited to show jump the next day, but unfortunately he tripped while jogging up in the barns, sprung a shoe and landed on a knee. Just when your thought that cross country was the toughest part …

We tried to make him feel 100 percent again, but there was a lot of bruising and I was unable to continue in the competition. I am thankful that he will be OK and ready to go and fight another day. 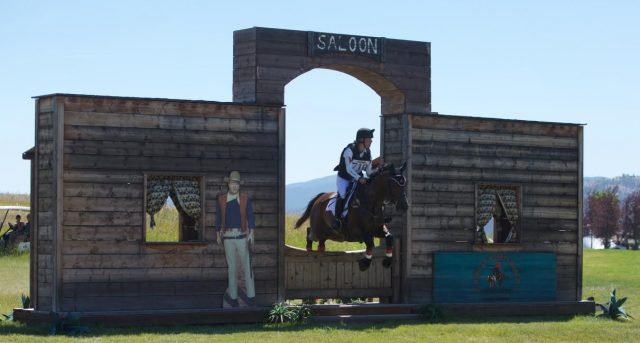 Teammate Chloe Duffy and Oro Veradero busting out of the saloon on the way to a double clear cross country round. Photo by Mark Marquis. 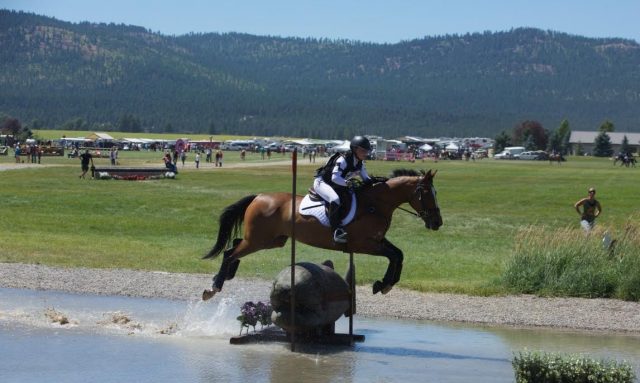 Ella Marquis on Meadowbrook’s Pollyanna tackles one of the multiple water complexes on her way to a clear round inside the time. Photo by Mark Marquis. 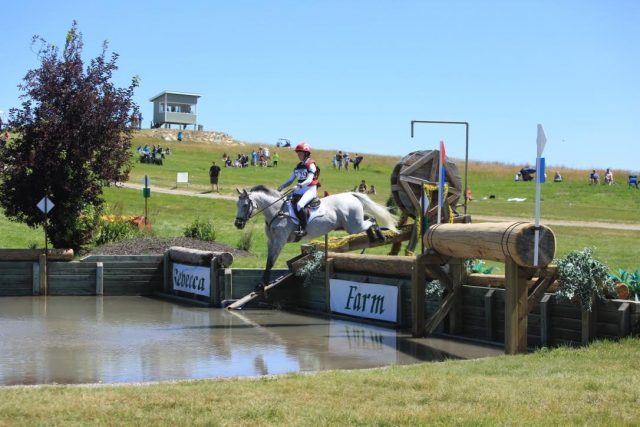 Tosca Holmes-Smith and Fiat leap into the first water complex on their way to a clear round inside the time. Photo by Mark Marquis. 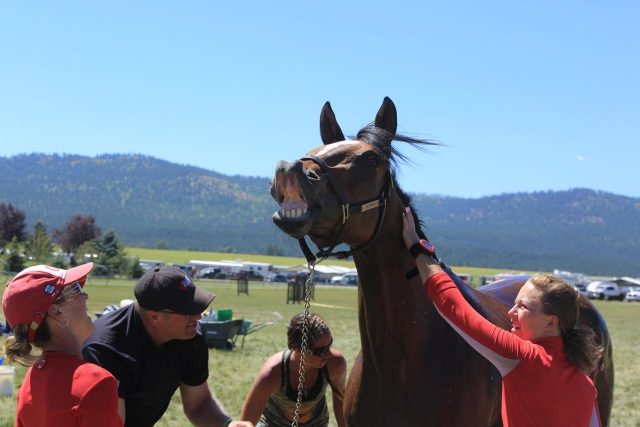 Polly simply loved all the attention in the box at the end of cross country and wasn’t shy about expressing it! From left, Jessica Phoenix, Ryan Duffy, Holly Jacks-Smither and Eva Marquis. Photo by Mark Marquis.