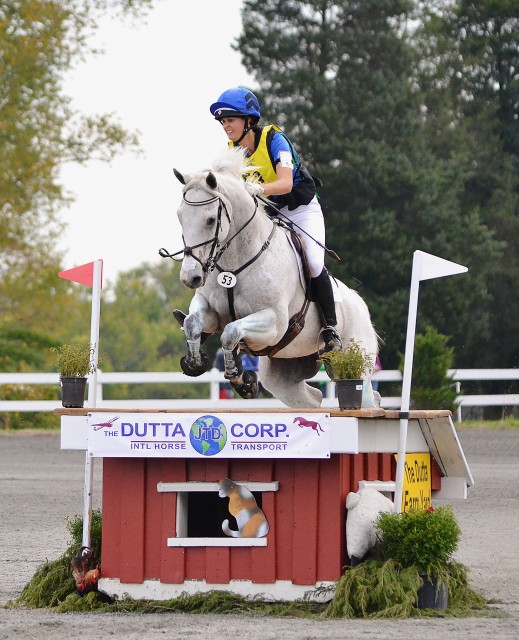 Allie Sacksen was introduced to the sport of evening as a Pony Club member, obtaining her “A” rating at the age of 18. Although she was interested in gaining more experience within the sport, she struggled with finding a horse on which she could gain miles.

Her current upper-level mount, Sparrow’s Nio, is a 15.3-hand Connemara/Thoroughbred, but Allie got her start with this popular cross before she met Nio. “I gained some mileage on Nio’s half-brother, Marshall — he was the horse that first got me introduced to the Connemaras, as he was Connemara and Quarter Horse,” she said.

Together, Allie and Marshall gained a lot of experience at the Intermediate level. “He was an incredible cross country horse,” Allie recalled. “I really learned to gallop the big fences with him, and I was able to compete at a lot of the East Coast events.”

Tragically, Marshall was killed after being struck by lightning in his pasture four years ago, so Allie was left to search for a new partner with which to continue pursuing her upper level goals. “I knew of Nio already; his owner had contacted me previously and asked if I would be interested in buying him, but at the time I couldn’t afford two horses,” she said. “After Marshall died, I approached my grandparents to ask if they would lend me the money to buy Nio.”

Both Nio and Marshall are by the same sire, Grange Finn Sparrow, and Allie was such a fan of the breed having seen many Connemaras and Connemara crosses successfully competing at the upper levels. “I remember Courtney Sendak’s Will Ya Love Me and a few others who were also from that same Sparrow line. I knew they were freaky amazing jumpers, so I knew I wanted to try to get another one from that line after Marshall.”

Nio was an all around type of horse when Allie first met him. “It was almost like fate that he ended up with me,” Allie said. “He had come to my parents’ farm as a yearling, and then we reconnected years later after his owner had sent him to different trainers in an attempt to get him a little quieter. He just had a lot of spunk and buck in him.” 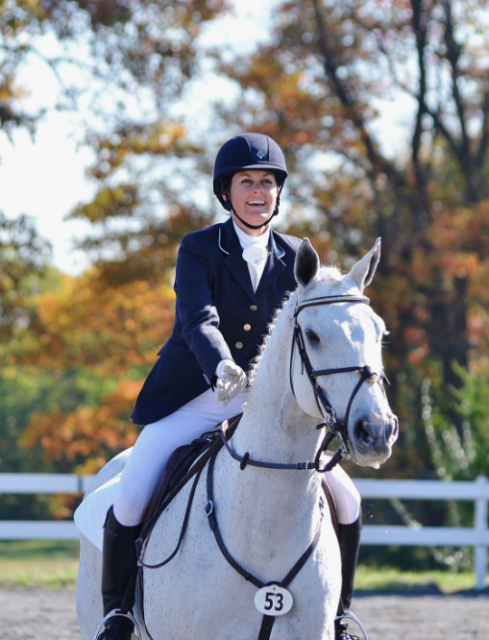 Allie and Nio began their recognized career together in 2010 at the Novice level and had progressed to the Intermediate/two-star level by 2013. “He hasn’t had a cross country penalty since 2012, and that next spring (in 2013) we continued running him at Intermediate to get him really confident,” she said. “I think that was the best decision I could have made, because it made the move up to Advanced not a big deal.“

After winning the CCI2* at Fair Hill in 2013, and announcer Brian O’Connor commented after their show jumping round that “this pony is heading to Rolex, ladies and gentlemen!“, Allie began thinking of Kentucky as a viable goal.

“I think he made play of that course, so the goal for the next year was to get qualified so we could go in 2015,” Allie said.

As Allie puts the finishing touches on her Rolex preparations, she’s focusing on not being overwhelmed by the brevity of competing at her first CCI4*. “I think there’s so much atmosphere that sometimes it’s easy to get wrapped up in it,” she said. “My husband has been to the Olympics (as a pentathlete), and he reminds me that it’s the same sport I do each weekend. I have to just think of it as another event.”

Allie and Nio completed the CIC3* at Carolina International as their final full prep run and just rode the dressage at The Fork. With the help of mentor Sara Kozumplik Murphy as well as the advice from dressage coaches such as Mara DePuy and Linda Zang, Allie is feeling ready to tackle her first Rolex.

“I’m probably going to walk the course and say, ‘what am I doing here?’ but I know that once we leave the start box we’ll be okay. The cross country is literally just fun for him.”