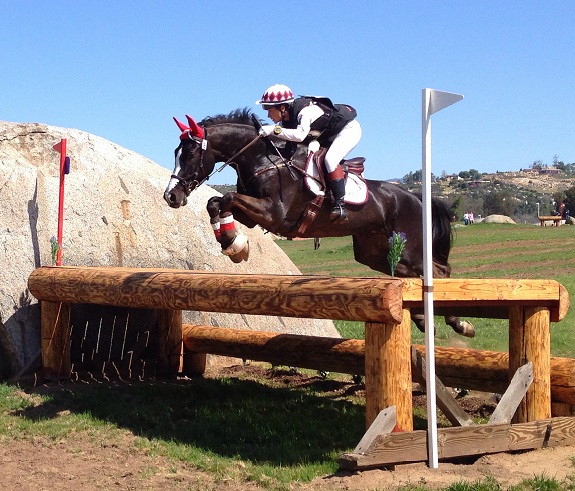 Jennifer McFall got her start in the horse industry by growing up on a Morgan farm. While she loved to event, a lot of her time was spent breeding, training, and showing Morgans. It was when Jen acquired High Times, or Billy, that her business began to evolve to focus more on eventing.

Billy was five and just beginning to compete in Young Event Horse classes when Jen found him. Billy’s grandsire, Heraldik, can also be found in the blood of other superstar event horses such as FRH Butts Abraxxas and La Biosthetique Sam, so it’s safe to say that the 2004 Holsteiner gelding was bred to event. “He was the kind of horse I was committed to keeping,” Jen said. “I’ve always had nice horses and ended up selling them, and I just decided that I was going to keep Billy no matter what.”

Jen brought Billy up starting at Novice and eventually moved him up to Advanced in 2013. “He was actually quite frustrating at some levels, and even at Intermediate we were having a few stops, especially at Trakehners,” Jen said. “But we had a lot of support from (coach Hawley Bennett) and our friends and family, so I stuck with it.” Once Billy moved up to Advanced, Jen felt that he really hit his stride and began showing his potential in earnest. “It was never a question of ‘could he do it,'” Jen said. “It was obvious from the beginning that he was scopey and talented enough. I’m not sure that he would have picked up and done this naturally, but he’s really learned to love his job.” 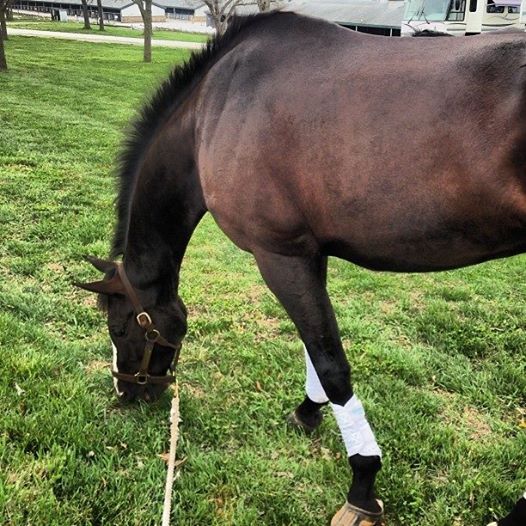 Billy tends to tense up in the dressage, so Jen is focusing on keeping him as relaxed as possible for the first phase of competition. “He’s kind of dramatic with his temperment and tends to overreact to things. The atmosphere is going to be tough, and I know we’ll have plenty of work to do on Saturday, but I know we’ve had the best possible preparation.”

Jen feels well prepared after campaigning on the West Coast in preparation for her CCI4* debut. Jen and Billy are coming off of a tenth place finish in the CIC3* at Galway Downs and a second place in the Advanced at Copper Meadows. “After riding Ian Stark’s course at Galway, I really felt like we were ready. Ian designs courses that really reward forward riding, and I felt like it was a perfect prep for Rolex,” she said.

Jen gives a lot of props to coach Hawley Bennett for imparting her wisdom. “Hawley has this amazing quality that helps you believe in yourself. She believes in you, so you start to believe in yourself. She makes you feel like you can do anything, and when you start thinking that way your goals get bigger and bigger, and the next thing you know, you’re entered at Rolex.”

At the end of the day, Jen is thankful to have a horse who she has been able to forge such a strong partnership, and she still pinches herself that she is fulfilling a dream she has had for so long. “At this point, I think (Billy) would do anything for me, so I’m lucky. This has been a dream I’ve had for a really long time, and now I’m even able to do it before I’m 40,” she joked. “It’s always crazy to me to be a Morgan trainer turned Rolex rider, but I am proof that you can still do it if you try.”