It's that time of year again: spring flowers, warm weather and, most importantly, Rolex Kentucky. This year, we will be highlighting riders who are making their first appearance in North America's only CCI4* event. This week, we spoke with Julie Norman, who has entered her 14-year-old Thoroughbred/Hanoverian gelding, Consensus, in Rolex for the first time this year. Thank you for your time, Julie, and thank you for reading. 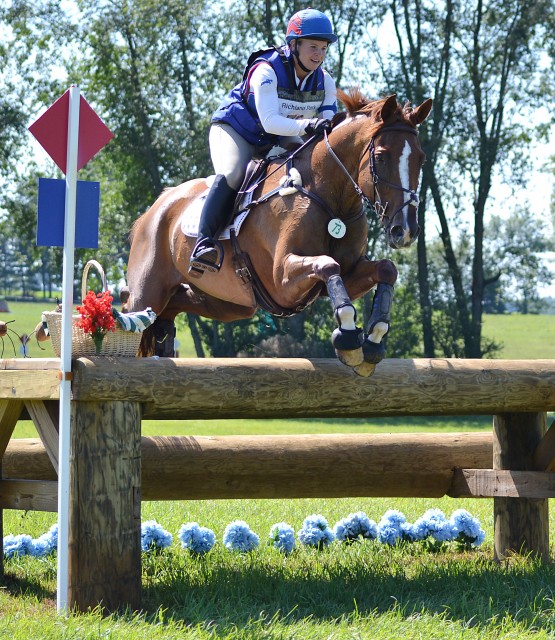 One of my favorite story lines for event horses is hearing about a horse who didn’t success in other disciplines but found a niche in eventing. Julie Norman’s Consensus fits right into that. Now 14, the Hanoverian/Thoroughbred gelding was 8 years old when Julie came across him being marketed as a dressage horse. “He was at a friend’s barn in Maryland, and they were having a hard time selling him as a straight dressage horse,” Julie said. “He had only ever done some cross rails, but he was so pretty and fancy!” Julie brought Consensus, or Thomas as he is known at home, and set to work with her new event horse project.

“He was a bad bucker when I got him,” Julie, 25 of Shreveport, La., said. “So I worked with him every day, and eventually he settled down.” Julie found that Thomas enjoyed running and jumping, and she feels that having a new routine made his buck eventually subside. She began jumping Thomas, and he never batted an eye at a single fence. “He jumps whatever from wherever. He really doesn’t like to touch the jump, so usually when we go ‘through’ a brush, we’re actually clearing the brush,” Julie said with a laugh. 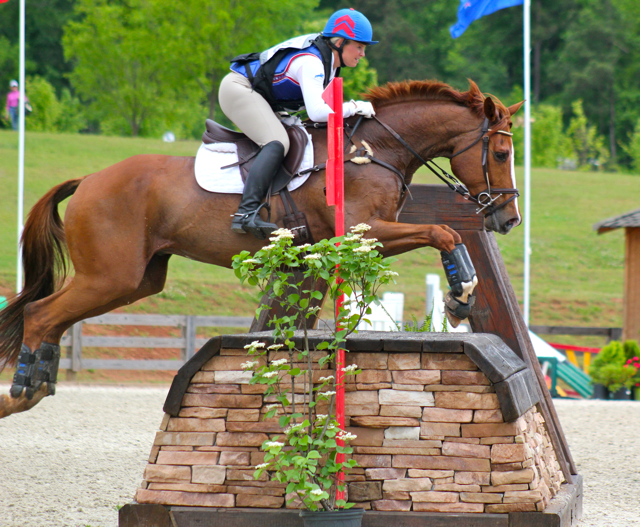 Julie and Consensus at CHC International. Photo by Samantha Clark.

Julie and Thomas did their first Advanced together in 2013 at Rocking Horse. “I honestly never thought he would be a four-star horse,” Julie said. “But when I took him to his first Advanced, he was actually more rideable than ever. After we placed second at our first Advanced and came home to win our second (at Texas Rose), I thought ‘Well, maybe he will be a four-star horse!'” Julie then set out mapping out the qualifications for Rolex in 2014, wanting to be able to compete in Kentucky before Thomas got much older. Julie completed the remainder of 2013 with qualifications for Rolex and has not yet incurred a cross-country jump penalty with Thomas at any of his Advanced starts.

Although Thomas was started as a dressage horse, Julie feels that this is their weakest phase. “He is super fancy on the flat, but sometimes I feel like I had a hard time keeping him packaged and keeping his attention on me. We’ve been working on our dressage all winter.” Julie works with longtime coach Regis Webb at home in Louisiana and also traveled to Florida to do some work with Clayton Fredericks this winter. “We’ve worked a lot on my position and really nailing the movements, and it’s getting better. We still haven’t totally pulled it together, but I see improvements each time we’re out, so I’m hoping we can nail a test soon.” 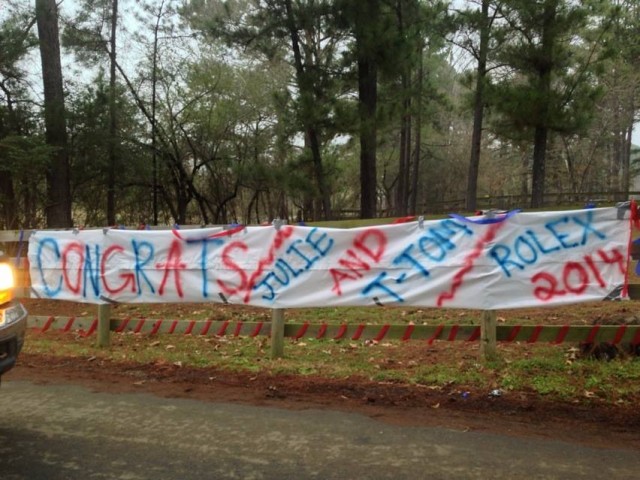 Going into Rolex, like many other competitors, Julie is doing her best to look at it as just another event. She is focusing on Thomas’ fitness and keeping him sound and mentally prepared for the biggest start of his career. “I’m also focusing on my own personal fitness, working out with a trainer so that I am just as fit as he is,” Julie said. “Other than that, I’m trying not to think about it too much. I just keep riding every day as it comes and try to keep getting better.”

Julie plans to do a couple of dressage shows with Thomas to continue improving their flatwork. She also plans to run the Advanced at Texas Rose at the end of this month to at least get more dressage and show jumping practice. She is a bit nervous about the atmosphere of the dressage ring, knowing that she has worked so hard to be as close to perfect as she can be once she enters at A. “I’m just trying to be super prepared so that I don’t notice the crowd. Hopefully he will just feed off of me. The jumping phases I am not so worried about.”