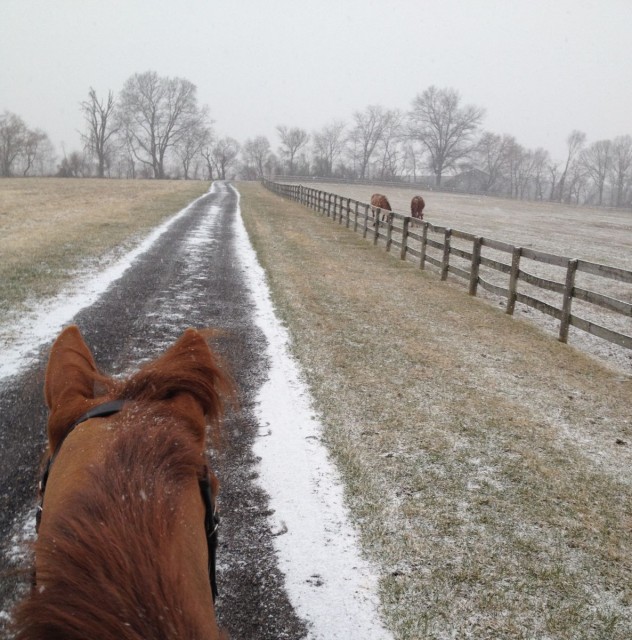 Good morning EN! As bland as it is to talk about the weather, I am going to.  Yet another winter (spring??) snow storm moved up the east coast yesterday, blanketing the DC area with about 3 inches of the white stuff that has been all too commonplace this year. The storm has continued to move north and will eventually end up in Canada, but luckily it appears that most of the accumulation will be less than six inches. I think I can speak for a lot of Area II riders in saying that I am very jealous of those California eventers who are entered in the event at Galway Downs this weekend. Their forecast looks much more uplifting than my front yard does right now.

Ariel Grald events her CIC2* winner LBF O’Leagh’s Image in honor of her late mother. The Chronicle posted a new interview with Ariel about her win at Carolina International and how she came to ride “Leah,” her winning mount. Ariel’s mother, Carol Rittenhouse, picked Leah out of a field of several other horses in 2005 before tragically passing away in a car accident last year. Ariel continues to compete the mare with her mother listed as the owner to honor her memory. [The Chronicle]

France currently leads the FEI Nations Cup Eventing Series after bringing home the team win at Fontainebleau last weekend. The event served as the first leg of this year’s Nations Cup Series, and five countries competed with teams in the CIC3*. France was the only team to have four clean cross country rides, and Nicolas Touzaint finished in fourth place overall. The teams from The Netherlands and Great Britain followed in second and third places, respectively. [Around the Rings]

Land Rover will remain the title sponsor of Burghley Horse Trials through 2017. The car company has been affiliated with Burghley since the early 1990s, and has been the title sponsor since 2005.  The managing director of Jaguar Land Rover, UK, Jeremy Hicks told the Odisha Diary, “Our commitment to equestrian sport is well established and will certainly continue into the future as Land Rover enhances its range of family-suited vehicles bringing versatility and capability to customers and competitors alike.” [Odisha Diary] 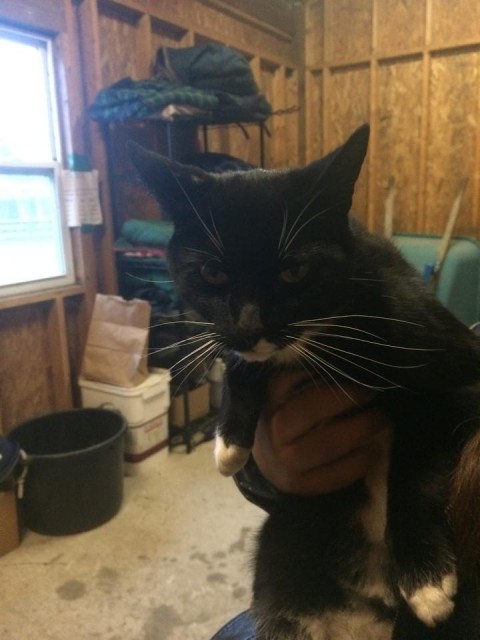 Is anyone near Poplar Place Horse Trials missing a sweet little kitty? This young black female cat with white paws and chin was found at Poplar last weekend by Dorothy Crowell’s daughter Julia. She is very tame and house broken. She is a pet to someone because she is well taken care of. If you know anything about who might own her, please call Autumn Schweiss at 1-320-894-4924 or message her on Facebook.

The video below was filmed and edited by EN favorite Thehorsepesterer, and it depicts Carolina International CIC2* winners Ariel Grald and LBF O’Leagh’s Image jumping one of the large tables on the course in slow-motion. Check out that form!