It's that time of year again: spring flowers, warm weather and, most importantly, Rolex Kentucky. This year, we will be highlighting riders who are making their first appearance in North America's only CCI4* event. Meet Kaitlin Spurlock and her spunky mare, Expedience, who have been training with Phillip Dutton leading up to their Rolex debut. Many thanks to Kaitlin for her time, and thanks for reading. 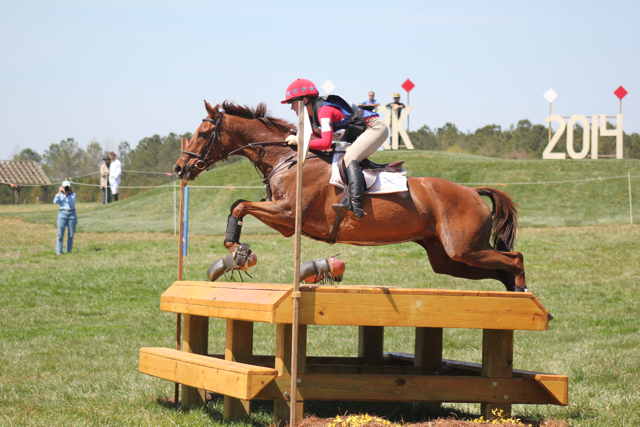 Kaitlin Spurlock is another True Prospect Farm team member making a Rolex debut this year. Kaitlin lost her previous horse, Baseline, in a cross-country schooling accident in 2009 soon after she had purchased Expedience from good friend Melissa Hunsburger. The now 17-year-old chestnut OTTB mare had competed through the Advanced level with Melissa, and Kaitlin purchased her as a upper-level mount for herself. After losing Baseline, “Spedy” became Kaitlin’s saving grace.

Kaitlin and Spedy didn’t click immediately, but Kaitlin knew that the mare had a lot to teach her. “She actually wasn’t the most fun horse to ride, but she became my rock, and and if it weren’t for her, I wouldn’t be doing what I’m doing now,” Kaitlin said. “Even when she doesn’t like to put her head down and work, I still love her.” Kaitlin went to work for Phillip Dutton in 2012 as a working student having never run Advanced herself, so Spedy went with her, and they worked together to move up the levels.

“When I first got her, it took me a long time to learn to love her,” Kaitlin said. “She is a one-person horse, and she had been with Melissa basically her whole life. I never really looked at Rolex as a possibility until we did our first Advanced, and I owe Phillip a lot of credit for getting us to where we are now. Kaitlin spent much time working on dressage with the redhead mare, who tends to have a strong distaste for staying relaxed in the dressage ring. “I focus a lot on keeping her happy and as relaxed as possible,” Kaitlin said. She’s a sassy girl who likes to put on a show.” 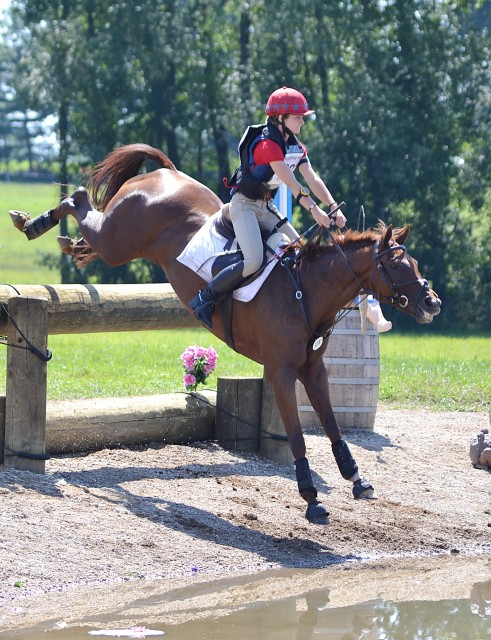 Kaitlin Spurlock and Expedience at Richland. Photo by Jenni Autry.

Kaitlin and Spedy have campaigned successfully at the Advanced and three-star level since 2012, and Kaitlin feels well prepared for their CCI4* debut and the atmosphere at Rolex. “She knows when people are watching, and I think it makes her perform better,” Kaitlin said. “I think, especially with the jumping, the atmosphere will actually help us a bit.”

Leading up to Rolex, Kaitlin most recently had an easy run in the Intermediate at The Fork, as Kaitlin wants the mare to be “breathing fire” coming into Kentucky, so she made sure to save her fitness for when it would be needed most. What about plans after Rolex? “She’s no spring chicken. She’s taught me so much these past few years, and that in itself feels like a victory lap for me,” Kaitlin said. “After Kentucky, she has plans to hang out at my parents’ farm because she doesn’t owe me a thing.”

After preparing for an event she never thought she would be a competitor in, Kaitlin can’t help but feel grateful. “Rolex just feels much bigger than me and my horse,” Kaitlin said. “For me, being at Phillip’s and seeing so many people working toward it brings a huge sense of camaraderie. It’s been great to get to know everyone and know that we are all working so hard for the same thing.”