The 2020 US Equestrian Annual Meeting is well underway in West Palm Beach, Florida, where it will continue through Saturday. Here’s a rolling recap of the proceedings — be sure to check back for more updates: 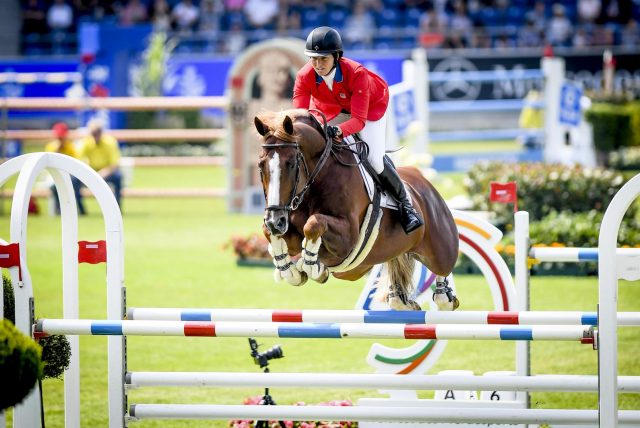 Darry Lou, 2019 International Horse of the Year. Photo by Andrea Evans courtesy of US Equestrian. 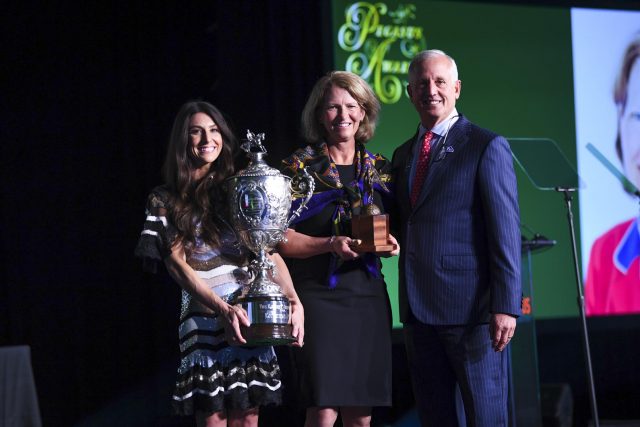 Beezie Madden, 2019 International Equestrian of the Year. Photo by Taylor Pence courtesy of US Equestrian. 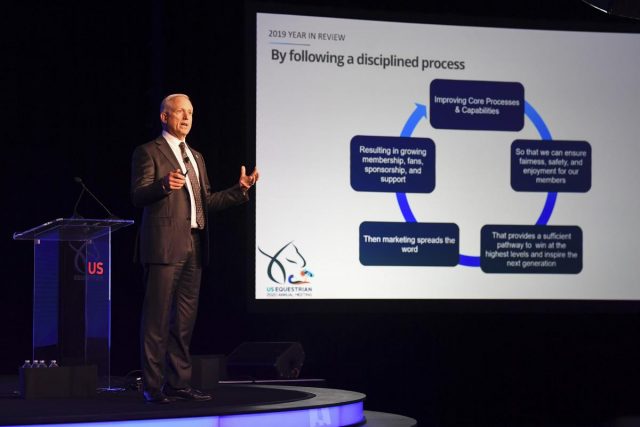 US Equestrian President Murray Kessler speaks at the General Session. Photo courtesy of US Equestrian.

President Murray Kessler Outlines Key Areas of Success and Introduces Goals for the Future at 2020 US Equestrian Annual Meeting: In 2017, US Equestrian’s President Murray Kessler launched the now widely-referenced Strategic Plan, intended to revitalize and re-establish membership, support, and success within US Equestrian and the many services it provides. During Thursday afternoon’s General Session, Kessler spoke to an engaged group of members, affiliates, and staff about the continued commitment to the strategic goals of the organization and the many positive changes identified since the plan’s … READ MORE. 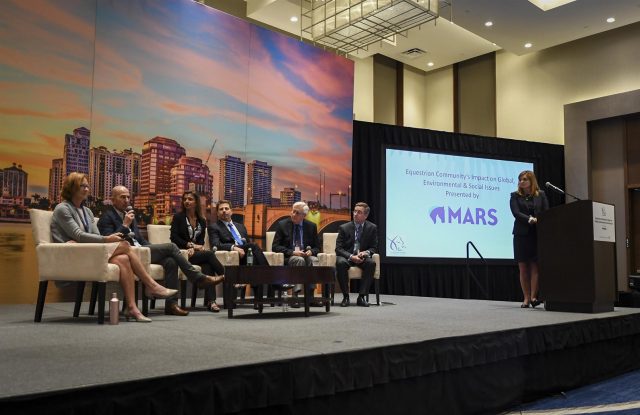 Panel: Equestrian Community’s Impact on Global, Environmental, and Social Issues presented by MARS EQUESTRIAN: Notable panelists, led by host Jim Wolf and moderator Bridgett McIntosh, spoke with expertise on a range of global, environmental, and social issues facing the world today, while connecting their unique affiliation to the equestrian community and the larger impact those involved with the industry can have on societal change. The fundamental challenges we face as a global society have continued to escalate with the ever-changing development of our planet, creating further need to educate and … READ MORE. 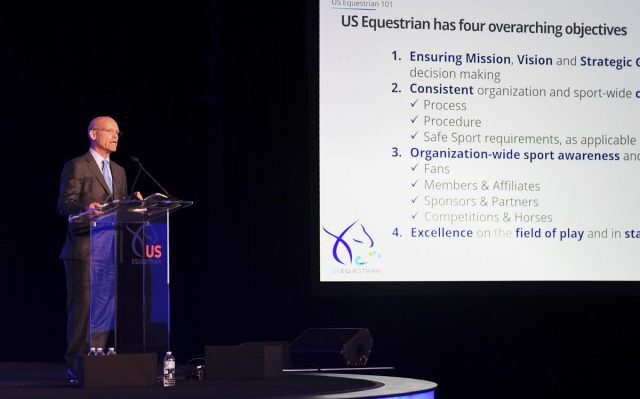 US Equestrian CEO Moroney and Senior Team Discuss Priorities for 2020 in General Session: US Equestrian Chief Executive Officer Bill Moroney led the second portion of the General Session with the theme of Focus on the Future. Moroney, along with Kelly Bolton , Director of Human Resources; Sarah Hamilton , communications consultant and Managing Director of Kivvit; Will Connell , Director of Sport; Terri Dolan , Director of National Breeds & Non-FEI Disciplines Sport; and Vicki Lowell , Chief Marketing & Content Officer, elaborated on what members and fans should watch for in … READ MORE. 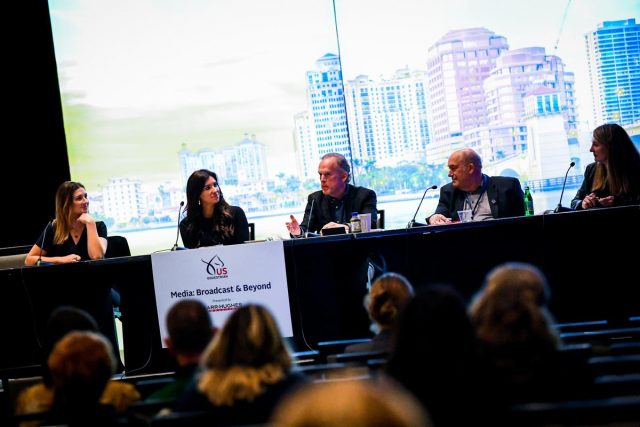 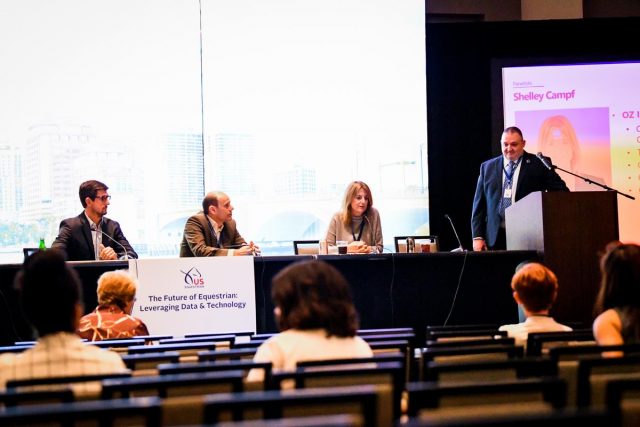 Panel: The Future of Equestrian: Leveraging Data & Technology: For this engaging conversation about data and technology in the equestrian world— available on demand at USEF Network — US Equestrian’s Chief Information Officer Justin Provost joined Nathan Rolfe , co-founder of the new Center for Equine Performance; Shelley Campf , owner of the OZ Incorporated training center in Oregon and co-owner of Team NW Equestrian Sports; and Eric Willemenot , founder of Move ’N See and inventor of the Pixio robotic video camera … READ MORE. 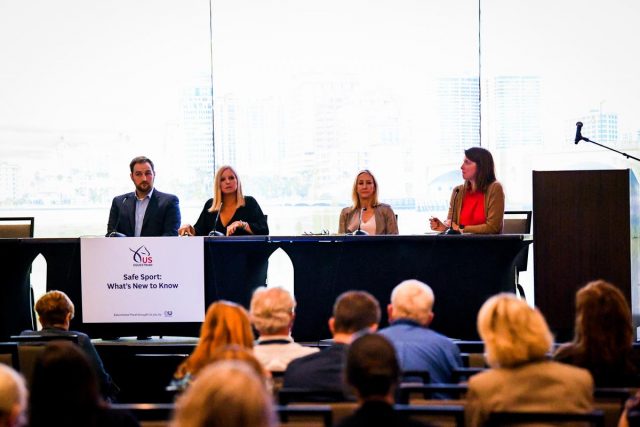 The Safe Sport – What’s New to Know Panel. Photo courtesy of US Equestrian.

Panel: Safe Sport – What’s New to Know: Since its inception in 2017, the U.S. Center for SafeSport has received over 4,600 reports of alleged abuse in sport and the center continues to work diligently to provide resources and resolution for survivors of abuse across the 52 sports embodied by the Olympic movement and the United States Olympic and Paralympic Committee. There is a rough estimate that more than 18+ million people are involved in sports that fall under U.S. Center for SafeSport’s jurisdictional umbrella and that … READ MORE.