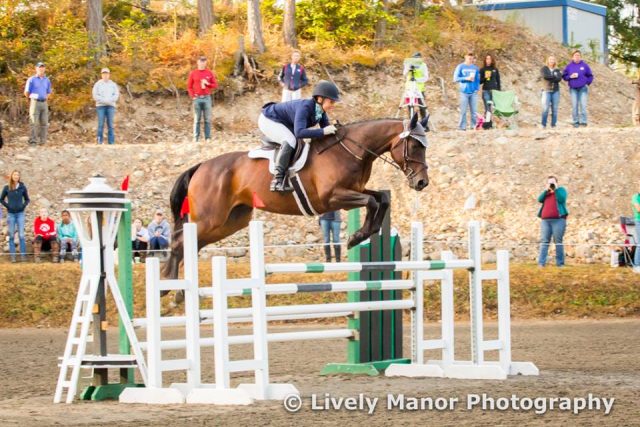 West coast competitions were abuzz with excitement as Aspen Farms hosted the Area VII Championships alongside an Advanced division, and Copper Meadows ran levels through Advanced and CIC*/CIC2*.

Sabrina Glaser and Patricia Yust’s scooped the win in the Tin Men Supply Advanced division at Aspen Farms. They added one pesky show jumping time penalty, but still finished handily on top nearly 20-points ahead of second place on a finishing result of 34.7.

“I thought he (Rembrandt) was solid and confident right from the get go. He was steadier and more relaxed in his dressage test than he has been in the past. He went around cross-country pretty much on autopilot, and he finished strong with a solid effort today. He had his heart in the game the whole weekend,” Sabrina said.

This pair are looking to tackle their first CIC3* as a pari this fall at Woodside.

Sophie Click and her own Hot Wheels held onto their second place position. Two rails and three time penalties gave the young rider a final score of 53.3 in her first Advanced.

Third place went to Andrea Nielsen and her own LC O’Shawnisee, who had one down to finish on 53.6.

The Area Championship divisions were very hotly contested as riders went toe to toe for the $25,000 in cash and prizes offered. 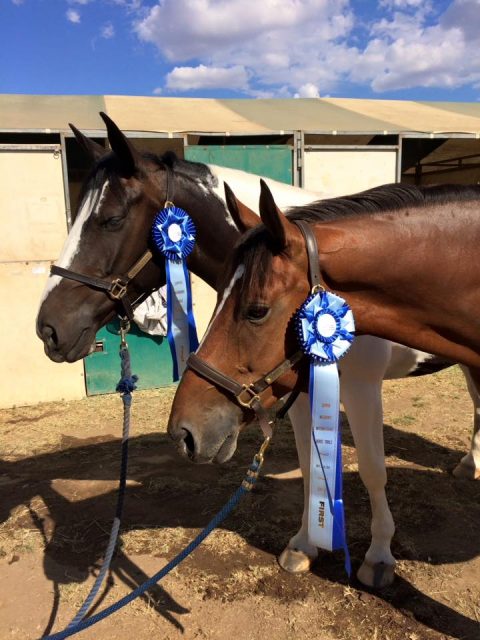 Gina Economou lead the CIC2* from start to finish with her own Exclusive. She and “Linus” earned a 49.1 in the dressage, had one down in the show jumping and galloped to the fasted cross country ride in the division to finish on a score of 60.2.

“This time last week the horses were spending their first night at El Sueno after being evacuated due to the La Tuna Fire,” Gina posted on her Facebook page.

“This weekend we were at Copper Meadows running the horse trials. I just wanted a qualifying CIC** on Linus. Never thought we’d win it. He was amazing cross country today. I couldn’t be happier. Beaming really. The Flower is blossoming.”

Jessie Hargrave and her own Regenmann took second place. They added two rails and 15.2 time penalties to their dressage score for a final result of 71.6.

Hilary Niemann finished third with her own Undercover on 72.4.

Matthias Schwarz and Mary Slouka’s Kortesyde took home top honors in the CIC*. After earning a 55.3 in dressage, they produced a clear show jump round to leap from fifth to second, and a faultless cross country trip sealed the deal on their victory.

David Adamo and Christina Rosenblatt’s Junit follow in second on a final score of 60.3. Sarah Braun rounds out the top three with Korin Potenza’s Crowning Event with 60.5 penalties.

The Team Express Group’s Charlie Tango was fighting fit with to take the Advanced win with Heather Morris. These two led from wire-to-wire, adding only 4.8 cross country time penalties for a winning result of 27.2.

Robyn Fisher and her own Betawave closely followed all weekend, and ultimately finished second on 38.3 penalties. Tamie Smith and Katie Yozamp’s Wishbone rounds out the top three finishing on a score of 43.1.