EN is excited to bring you a new series from William Micklem: Breadth As Well As Depth. The series addresses the need for breadth in eventing education and also includes his thoughts on event horse breeding, plus gives added value from the inimitable Harry Potter. Today we present the series finale, Part 10: Magic Thoroughbred Jumpers and an Unsung USA Superhero. Be sure to read Part 1, Part 2, Part 3, Part 4, Part 5, Part 6, Part 7, Part 8, Part 9. 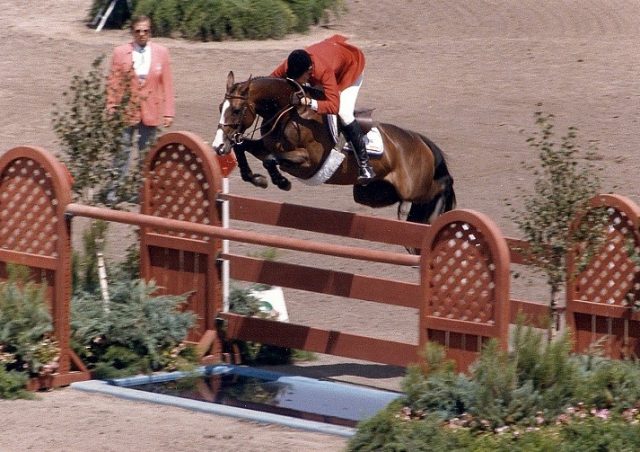 A Thoroughbred, a mare, and just 15.3, yet Olympic Individual Gold Medalist —
Joe Fargis USA on Touch of Class at the 1984 Los Angeles Olympics. Photo by Alice Conroy Donovan.

“We teachers are rather good at magic, you know,” said Professor McGonagall. It certainly would appear that the best teachers produce results so much better than expectations it does seem magical. But of course behind all the best magic is meticulous preparation and practice, exceptional timing and wonderful stories, and of course knowledge led by simplicity.

In addition it is not uncommon to hear someone talk of a great horse and say “that horse was magic.” Again it is usually because once again they perform well above expectations. So much more difficult to enjoy a horse if they have been given a big write up from the very beginning!

Thoroughbred gods of the warmblood world

Talking of magic horses, it was encouraging to see four full TBs in the top 10 at Burghley this year, including two from the USA, Lynn Symansky’s Donner and Boyd Martin’s Steady Eddie, and two from the UK, Gemma Tattersall’s Arctic Soul and Tina Cook’s Star Witness. While many near my home will have heard my wounded howls of frustration as Zara Tindall fell from my homebred High Kingdom at the third fence of the trout hatchery. She was so close to another 4* top ten finish, and being 97% TB it would have further complimented the TB horse.

The problem is these TB horses slip under the radar as there is no strong marketing behind them in the sport horse world. So generally speaking they are the unsung poor relations. As a result fewer and fewer people search to find the TBs who could be future stars in the sport horse world, or the ones who could be breed improvers for other stud books.

For example few know that Cavalier Royale, the Irish warmblood god of eventing, is actually slightly over 51% TB, and that these TB genes include the four of the five thoroughbred gods of the warmblood show jumping world, FURIOSO, COTTAGE SON, RANTZAU (sire of Cor de la Byrere) and LADYKILLER. The fifth is LUCKY BOY who has had such a huge influence in Holland. There is no statistical doubt that the influence of these five thoroughbred stallions is the equal of Hyperion and Northern Dancer in the racing world. They are more influential than any other sires of any breeding in the jumping world … and they are Thoroughbreds!

There was another TB show jumping sire in the USA who has an extraordinary influence, producing Grand prix jumper after Grand Prix jumper. As many of you will know he was called BONNE NUIT. He was by the imported Irish Thoroughbred stallion Royal Canopy, out of the wonderfully bred English mare Bonne Cause, who as with most dams must have been a major influence on his success. Bonne Nuit’s offspring were mostly just like him, unusually clean and careful horses yet also brave and full of scope.

His owner Mrs. Whitney regularly rode Bonne Nuit and was well aware of his ability. Having not been invited to a party at a club after a horse show, she tacked up Bonne Nuit and galloped him down to the six foot high stone wall surrounding the party. He soared over the big wall and into the party, much to the surprise of the guests!

A son of Bonne Nuit, New Twist, (who had Bonne Cause on both sides) sired Frank Chapot’s very good jumper Good Twist, who in turn sired the incredible Gem Twist. Even today Gem Twist is still considered one of the best of the very best. Another son, Night Lark, also made a name for himself as a sire of great USET jumpers, including Night Spree, Out Late, and Catch On Fire, who himself was a successful sire particularly in eventing. Some of the other top horses sired by Bonne Nuit were Riviera Wonder, Night Owl, Hollandia and Evening Out.

This reminded me of the huge group of wonderful full TB jumpers, bred in North America, who consistently won Grand Prix in the USA and Europe, and Championship medals at the Pan American Games, World Championships and the Olympics. They say TBs can’t jump but these top horses that would suggest otherwise, and there must be more out there if we kept looking. In addition, as speeds increase in show jumping, the influence of the TB as a breed improver may well become more important again just as it has in eventing. Without question the warmblood world are producing some magnificent jumpers but it is not accurate to suggest that TB blood is not an option.

The talent and longevity of these fifty extraordinary TB international horses is well documented, and many would be included in ‘best of all time’ lists. With a few exceptions they competed largely in the period from the 1950s to the 1980s, before the warmblood breeding and marketing machine went into overdrive:

I suppose it is not a surprise that most of the riders and trainers who worked with or knew these horses say they would still be competitive today, while many who breed and work with warmbloods say they wouldn’t! But what must be true is that event horses can benefit enormously not only from the gallop of TB blood but also from the genes of those TBs that jump.

Bold Minstrel was just such an event horse and jumper. He was my first extra USA superhero but I promised you two. My second is a surprise, because the majority of the equine world will not know her, but she had a breadth of spirit, goodness and talents that makes her without any doubt my second superhero. 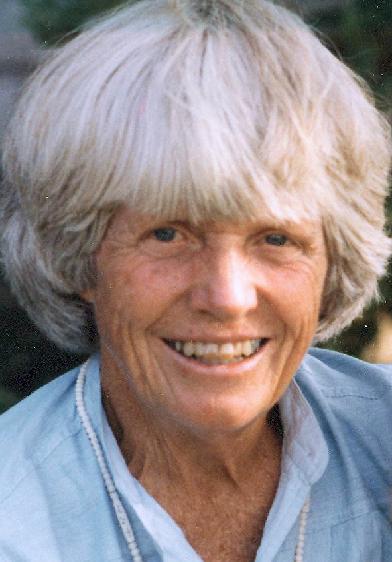 I met Lalla Brewster in the 1970s in Plymouth, New England. Lalla was an extraordinary teacher with true grit and verve. She was a real Professor McGonagall figure, well illustrated by this quote from Harry Potter and the Deathly Hallows. “Get back!,” shouted Ron, and he, Harry and Hermione flattened themselves against a door as a herd of galloping desks thundered past, shepherded by a sprinting Professor McGonagall. She appeared not to notice them: her hair had come down and there was a gash on her cheek. As she turned the corner, they heard her scream: ‘CHARGE!'”

This personality and her leadership qualities were reflected in her obituary in 2012. “The planet probably shifted a bit the day she was born. She was a force of nature … she was a teacher into the very fiber of her bones. She taught not only at pre-school level and at the First Parish Sunday school and girl scouts, but to everyone she met, at every level, every day, like it or not. She had a way with children, and people in need of immediate or critical adjustment … she was fast-paced, fearless in speaking her mind, and always acted with boundless love.”

“She courted the love of her life, Spencer Hatch Brewster on horseback, and together they produced and cherished six children, and rode and drove their horses and ponies in singles, pairs and tandem in cross-country and over obstacle courses. She was a portrait painter, a sculptor, jewelry maker, furniture maker, gardener and seamstress extraordinaire. According to some of her children and nephews, on Halloween, she could even fly! Known for her great energy, in addition she was competitive as a swimmer, diver, tennis player, golfer, skier and passionate equestrienne.”

“But most of all she was a teacher. Her true philanthropy was toward those she could help by plunking them on the back of a horse, which she deeply believed was a place of transformation.”

A breadth of coaching expertise

Lalla also symbolized the grit and spirit that I believe makes certain people and horses special. Combined with her huge breadth of interests, skills, and knowledge, it enabled her to make a colossal difference to many lives. Of course there are other coaches in the USA and the world cut from the same cloth as Lalla, but their number is decreasing.

To ensure we have the next generation of teachers more like Lalla (six children not required!) we need to recognise their importance, and then support and help them, focusing on their breadth of education and the gathering and utilising of complementary skills … and in general treating them as the superheroes they are.

What coaches like Lalla contribute is not just technique but also an attitude of mind that makes students more resilient and more courageous … to have more grit. In today’s ‘softer’ world these qualities are often neglected, but they are key to fulfilling potential.

Usually these teachers will remain largely unknown on the International stage and they are unlikely to produce Olympians directly. But indirectly they are a vital part of the jigsaw, being the coaches who are most likely to do what is required at the foundation level to produce the next Phillip Dutton, Karen O’Connor or Leslie Law.

Something so simple represents so much 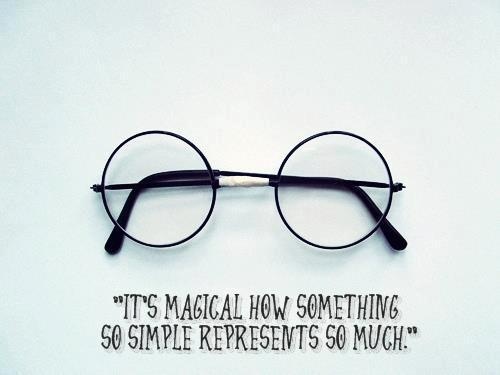 All the articles in this series point strongly to the importance of eventing as the core discipline and event horses as the core type for sport horse riding. They are also linked by some simple messages from Harry Potter that can empower us all. The ten main ones are worth repeating:

1) “Working hard is important. But there is something that matters even more, believing in yourself. Think of it this way; every great wizard in history has started out as nothing more than what we are now, students. If they can do it, why not us?”

2) “You sort of start thinking anything’s possible if you’ve got enough nerve.”

4) “Cornelius! You place too much importance, and you always have done, on the so-called purity of blood! You fail to recognize that it matters not what someone is born, but what they grow to be (mentally)!”

5) “I’m not as good as you,” said Harry ……. “Me!” said Hermione. “Books! And cleverness! There are more important things — friendship and bravery …”

6) “It’s high time your grandmother learned to be proud of the grandson she’s got, rather than the one she thinks she ought to have.“

7) “We must all face the choice between what is right and what is easy.”

8) “But you know, happiness can be found even in the darkest of times, if one only remembers to turn on the light.“

9) “It does not do to dwell on dreams and forget to live, remember that.”

10) “There are some things you can’t share without ending up liking each other.”

The majority of these articles are about sharing, and it has been wonderful that so many people have responded and added to my stories and knowledge store. Training and coaching should not be looked on as a marathon, but as a relay, that depends on great riders and coaches passing the baton on to the next generation, and sharing their stories, experiences and knowledge. Of course, as Harry Potter has been guiding us, that baton of equestrian gold is actually a very powerful magic wand … all covered with a golden thread of simplicity.