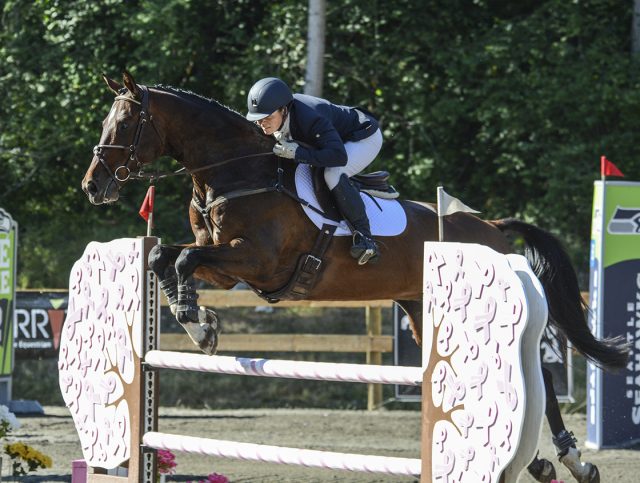 Aspen Farms H.T. took place last weekend in Yelm, Washington, against a backdrop of tall pines, sapphire blue skies and vistas of a snow-covered Mount Ranier. The event is a no-miss for Area VII eventers, and the FEI divisions in particular drew a good-sized starter list: the CCI3*-S had 22 entries and the CCI2*-S had 23. It was a dynamic competition, with the winners of both jumping their way up the scoreboard from start to finish.

In the CCI3*-S, Sara Sellmer and PDQ Leigh rose from eighth after dressage to fifth after show jumping, then posted a cross country double clear to secure the top spot. They won on a final score of 32.7, ahead of second-placed Leah Breakey with Master Class on 34.7 and third-placed Samantha Pritchard with King’s Landing on 35.3.

CCI3*-S top three, with thanks to Aaron Sonego for the great photos! 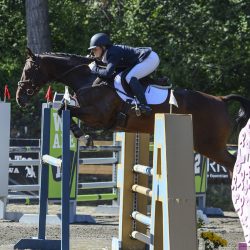 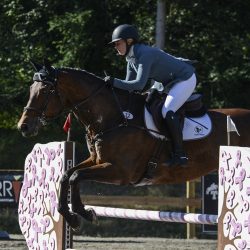 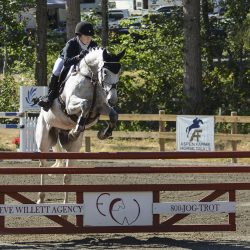 For Sara, of Kamloops, British Columbia, Aspen Farms H.T. marked the one-year anniversary of her relationship with the 9-year-old Hanoverian gelding (Quite Easy x Ennie, by Escudo I).

“I acquired the ride on PDQ Leigh at Aspen last year,” she says. “He is owned by Jil Walton, and her and her team produced him to Prelim then I got the ride on him. He is by the stallion Quite Easy, and he is! He attaches to his person, and I am lucky to be that person now.”

Sara and “Q” won the Advanced division at The Spring Event at Woodside in Woodside, California last month and had top 10 CCI3*-S placings at Galway Downs and Fresno Park this spring. 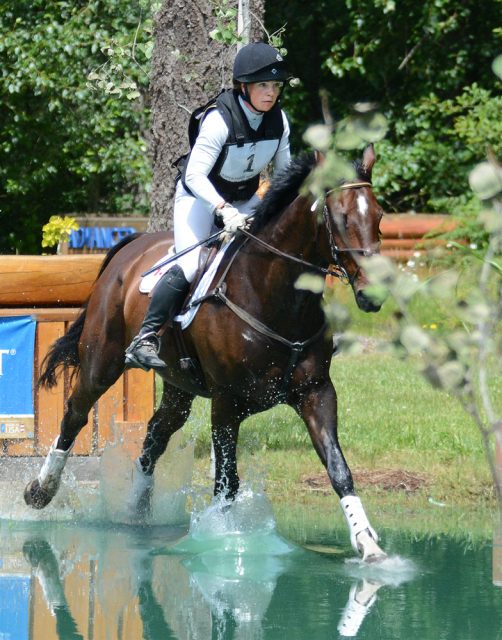 “The weekend went really well,” Sara says of Aspen. “His dressage test was not what I was hoping only because we lost the marks in the canter because he was showing off his great flying changes! The trot work was super. He produced a double clear showjumping round which we have been working on. His cross country was stellar, fast and confident.”

“We now have our sights set on the CCI4*-S at Rebecca Farm,” says Sara, who last contested the level in 2016 with TF Kriesler. “It feel amazing to be back at the top of the sport with such a super partner and fantastic support team in Jil and her group.” 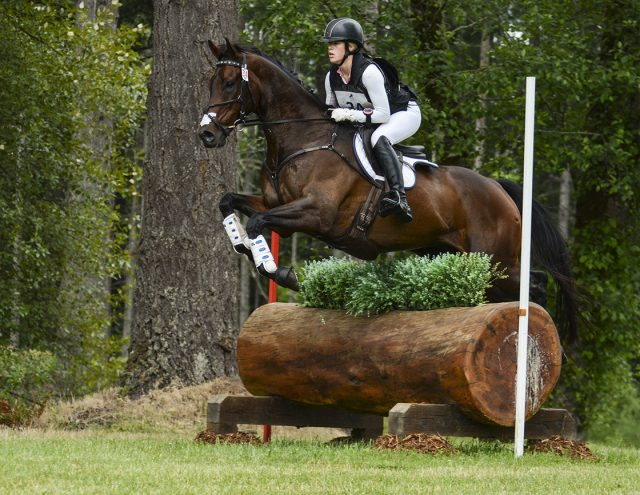 The Aspen Farms CCI2*-S was bested by Kayla Dumler and Faramir, a 9-year-old Thoroughbred gelding (Capitalimprovement x Princess Malaga, by Zuppardo’s Prince) owned by the rider. The pair completed their first CCI2*-S together at Galway Downs in March and have had top placings in Prelim horse trials.

The pair jumped from 9th after dressage into 5th and finally 1st, finishing on their dressage score of 32.7. The jumping phases proved influential to the standings: the top three finishers all posted double-clears. Second place went to Whitney Shapiro and Eridani on a score of 35.6; 3rd went to Elizabeth Linde and Pie and Ice Cream on a score of 41.7. 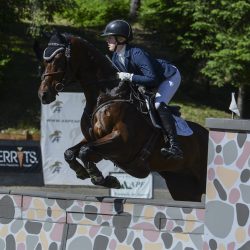 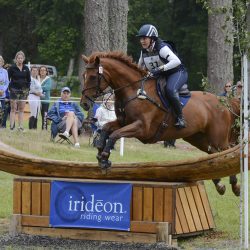 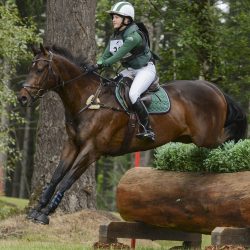 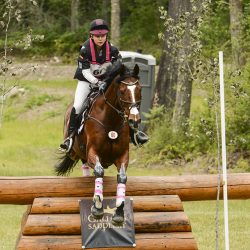 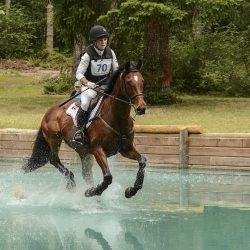 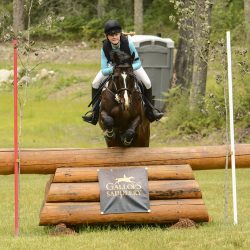 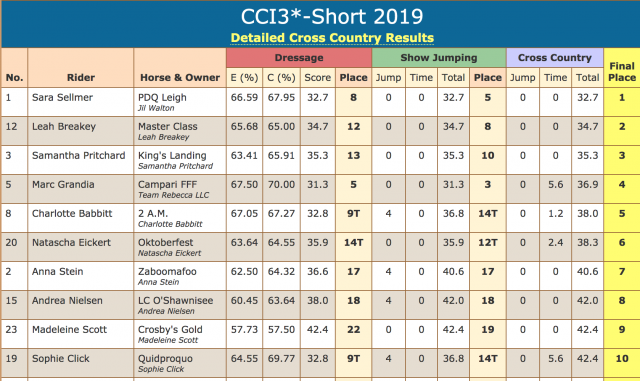 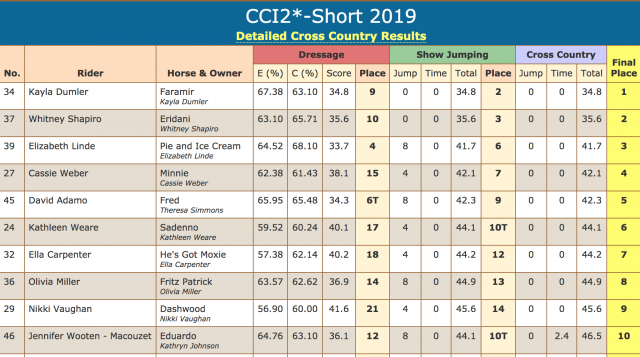