Chinch was making his rounds in the WEG Vendor Village this afternoon, trying his best to max out that teeny-tiny credit card of his. It didn’t take long.

Flat broke but spirits far from dampened, Chinch found a few of EN’s sponsor friends to hang out with. 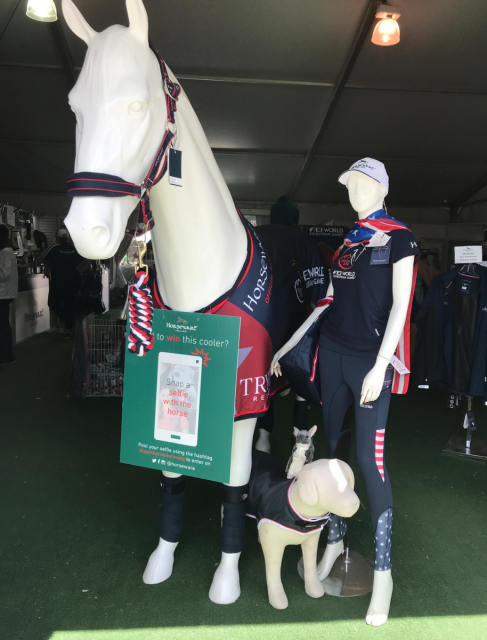 Some of Chinch’s best friends are inanimate objects, bless him. Photo by Leslie Wylie.

First stop: the big Horseware Ireland tent squarely in the middle of the Vendor Village (B5). Horseware is the official equestrian clothing and blanket supplier for the WEG, and their tent is a wellspring of limited edition WEG gear: ball caps, scarves, breeches, shirts, and even this commemorative cooler — which is up for grabs!

Since Horseware is a gear sponsor, their tent is a great place to score all manner of WEG swag: ball caps, scarves, hats, breeches, tote bags, outerwear, all the things! 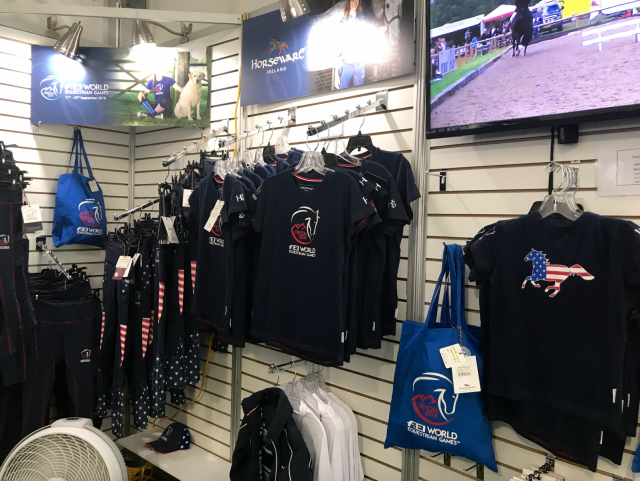 Call me old-fashioned, but when I think of Horseware I think of my original intro to the brand: their warm and snuggly but fiercely hard-working blankets. Now, of course, their line is hugely expanded and includes toasty-tough clothes for the human set as well. Even though it’s hotter than blazes here at TIEC today, being at Horseware had me hankering for cold weather to get here fast.

Newmarket all the things! They had a long newmarket raincoat I loved as well. And those puff-collar vests … need/want/have to have. 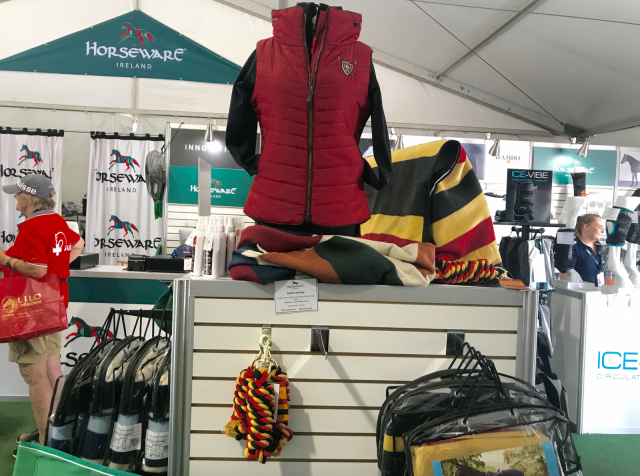 Onward down the vendor lane to another of Chinch’s favorite buddies: SmartPak in B3-5. SmartPak has everything you want under one tent roof, and they’re running specials like crazy this week. Like 20% off all SmartPak brand items and HandsOn Grooming Gloves, 30% off Tipperary vests, buy-two-get-one-free SmartPak saddle pads, clearance Sunshield shirts, a show special on Piper Tights, a chance to win $500, and more! And they’re running a special for a first month of SmartPaks free for new horses (SmartSupplements only) and 28% off SmartBuckets on autoship.

Plus, if being at WEG has brought out your Team USA spirit, they’ve got special-to-Tryon Piper breeches with red inlays (available in knee-patch and full-seat) and a little booty flag. AND there are shirts to match! 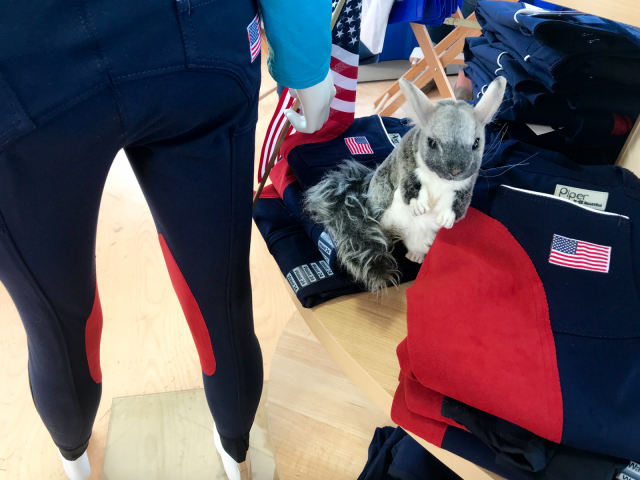 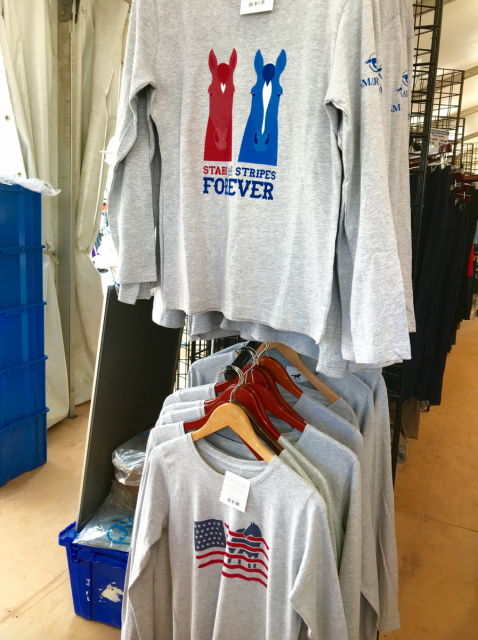 Under the same B3-5 roof, you know we had to check in with Professional’s Choice. Boots, wraps, VenTECH girths and saddle pads … come and get ’em! 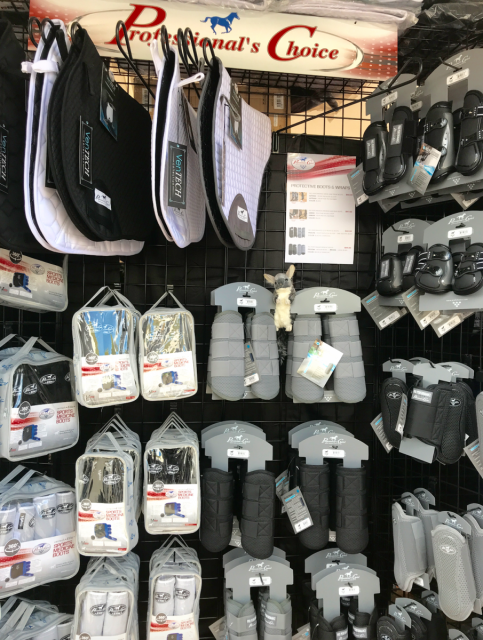 And just around the corner in B3-6 is Kentucky Performance Products, whose nutrition line we’ve been a fan of for years. Grab a button to wear around a chance to win prizes and a $500 raffle. Chinch is all up on that one! 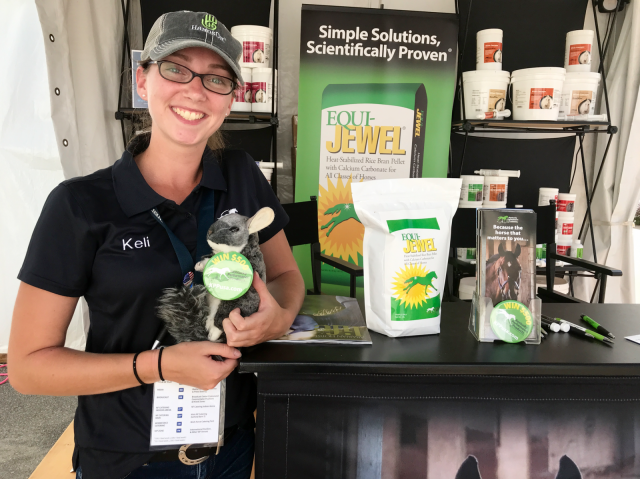 The WEG Vendor Village is open from 8 a.m. until two hours after the last competition ends each day. Pick up a Vendor Village map at the Information Booth.