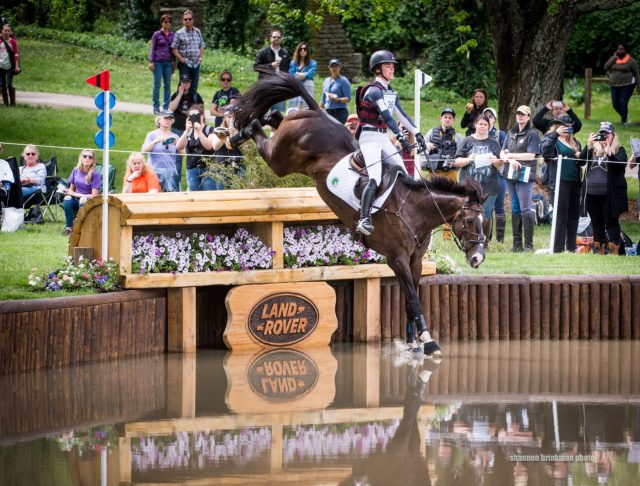 While entries don’t close until Aug. 2, the U.S. contingent has wasted no time in entering the 2019 Land Rover Burghley Horse Trials taking place Sept. 5-8 in Stamford, England. We got a sneak preview of early entries received and were excited to see that no fewer than six Americans intend to take aim at Britain’s biggest, baddest event.

Sixteen entries have been posted thus far and we expect several dozen more before closing date. Last year 98 combinations were entered at the closing date, and entries were capped at 85 pairs.

Among the early entries:

Hannah Sue Burnett is entered with Harbour Pilot, a 16-year-old Irish Sport Horse gelding owned by Ms. Jacqueline Mars. This experienced five-star partnership, who have twice finished in the top 15 at Kentucky and cracked the top 10 at Luhmühlen, last tackled Burghley in 2014. They were 7th after cross country but sadly withdrew before the final phase.

Will Coleman is entered with his 2018 WEG mount Tight Lines, a 12-year-old French bred gelding owned by the Conair Syndicate. This pair has thrice completed Kentucky, finishing 12th and 13th the past two years.

Buck Davidson is entered with Jak My Style, a 14-year-old Thoroughbred gelding owned by Robert and Kathleen Cuca. This horse made his five-star debut at Kentucky this year but was withdrawn before cross country.

Ariel Grald is entered with Leamore Master Plan, a 10-year-old Irish Sport Horse gelding owned by Anne Eldridge. They finished 12th in their five-star debut at Kentucky this year. They are entered in the CCI4*-S at Ireland’s Millstreet International (Aug. 21-25), which also has a few preliminary entries posted — Will Faudree with Pfun and Caroline Martin with Islandwood Captain Jack are entered in the CCI4*-L.

Lauren Kieffer is entered with her 2018 WEG mount Vermiculus, a 12-year-old Anglo-Arabian gelding owned by Ms. Jacqueline Mars. This pair has completed Kentucky the past two years, finishing 5th and 9th respectively.

Chris Talley is entered with Unmarked Bills, a 10-year-old Thoroughbred gelding owned by the Unmarked Bills Syndicate. They finished 27th in their five-star debut at Kentucky this year.

With the FEI Eventing European Championships taking place the week before, Aug. 28-Sept. 1, in Luhmühlen, we’ll be looking forward to an exciting couple weeks of eventing. We’ll continue to keep an eye on entries between now and the closing date. 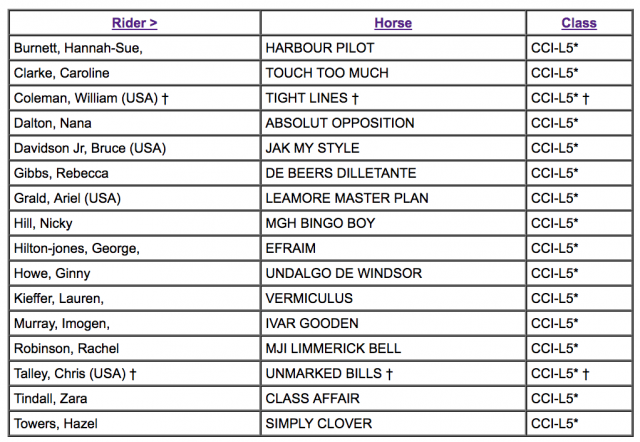 Who will you be cheering for at Burghley this year, EN? Let us know in the comments below. Go Eventing.