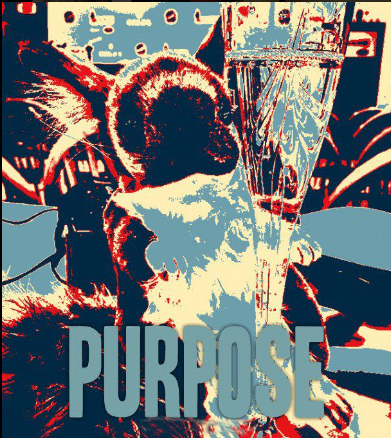 With the recent announcement by HRH Princess Haya that she will not run for re-election this year, the presidential position at the FEI has officially opened up. Six candidates have submitted applications to be the next FEI President, representing six different nations — make that seven if you count our very own Chinch.

The FEI published a press release today containing the names of the applicants:

While there is no candidate hailing from North America aside from our resident freedom fighter, Chinch, the other six individuals who have come forward bring a wealth of experience to the table. Here is some more information on each candidate, from the FEI press release:

Pierre Genecand, 64, is proposed by the Swiss Equestrian Federation. A businessman, banker and insurance broker by profession, Genecand served as president of the Geneva International Horse Show from 1989 to 2003. He has been a member of the board of the World Cup of Horsemanship, the Alliance of Jumping Organisers and the Committee of Swiss Top Sports. He is the current president of the Polo Club Gstaad and the Hublot Polo Gold Club.

John McEwen, 69, is proposed by the British Equestrian Federation. A qualified veterinary surgeon with wide international experience, McEwen served as veterinary surgeon to the British show jumping and dressage teams until the London 2012 Olympic Games. He was vice chairman of the FEI Veterinary Committee from 1999 to 2003 and has been the committee’s chair since 2006. He currently chairs the FEI Prohibited Substances List and Laboratory Groups.

McEwen has served on an advisory panel for World Horse Welfare for more than 15 years. He represents the FEI at the World Organisation for Animal Health specialising in horse transport issues and on the International Sports Horse Federation. McEwen was appointed FEI 1st Vice President in 2010.

Javier Revuelta del Peral, 57, is proposed by the Spanish Equestrian Federation. Revuelta is a lawyer and attorney at law for the Spanish government. He has held senior management positions at various Spanish and international companies in the telecommunications, media, food, financial and renewable energy industries. Revuelta has competed nationally and internationally in Eventing and Jumping.

Pierre Durand, 59, is proposed by the French Equestrian Federation. Durand holds a degree in business law, is a former professional rider and wine grower. He was Olympic jumping champion at the 1988 Seoul Games with the 13-year old gelding Jappeloup. He also competed in the 1984 Los Angeles Olympic Games and became European jumping champion in 1987. He won many other international and national titles.

From 1993 to 1998, Durand was president of the French Equestrian Federation. He has held various executive positions in the media industry and is currently chairman of the board of directors of the French National Institute for Sport, Expertise, and Performance (INSEP).

Chinch, immortal, is proposed by the United States Equestrian Federation. Well-known globetrotter and champion of free speech, he launched the #censoredbyBE campaign to speak out against British Eventing’s stifling social media policy. He’s traveled to some of the world’s most prestigious events, such as Rolex Kentucky, Luhmühlen, Badminton and the World Equestrian Games.

This rubbing of elbows with the likes of William Fox-Pitt, Sam Griffiths, Bettina Hoy, Kim Severson and many more gives him the global perspective required for this presidential position. Campaign platforms include bringing positive change to equestrian sport using his massive media empire to spread his ideas. Will also carry a custom coffee mug emblazoned with “I’m the boss” if elected. #Chinch4Change

Voting will take place at the FEI General Assembly on Dec. 14. The winning candidate will be decided by a two-thirds majority vote. If this majority is not met, the candidate receiving the least amount of votes will be removed from the ballot, and another vote will take place. (FEI Statutes, Article 24.2, 24.4).