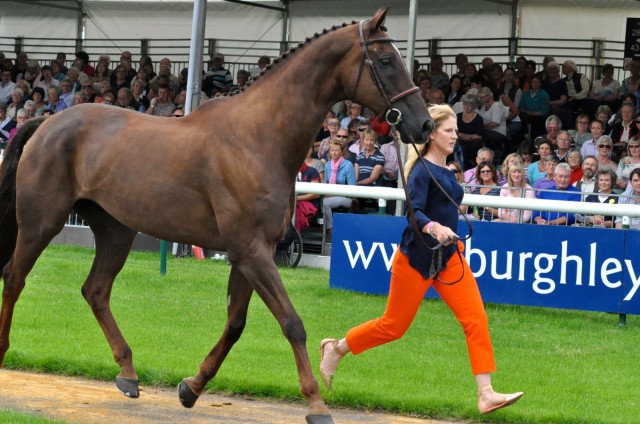 While the weather was quite mild today at Burghley, there was certainly no shortage of drama in the first jogs to kick off the weekend. Sixty-four horses presented, five horses were sent to the holding box and one horse failed the jogs. Shane Rose and CP Qualified sadly were not accepted on their second attempt and left the jogs with a gracious smile for the ground jury.

But the greatest drama came at the very end, when two-time winners Avebury and Andrew Nicholson were sent to the holding box. As they are hot favorites to do the impossible and win three back-to-back Burghley titles, the crowd breathed an enormous sigh of relief when they were finally accepted. 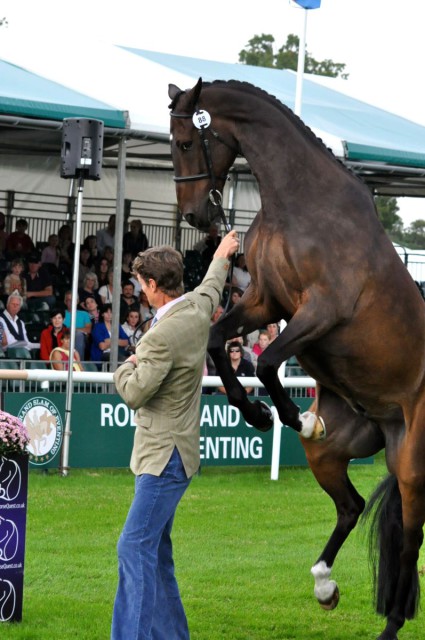 All of the American riders passed without a pause, with every one of our horses looking very fit and keen. Quite a few horses took offense at the flower boxes lining the jog strip today, running their riders off into the grass or rearing a bit at the end. William Fox-Pitt had the worst time of it, taking on the role of lion tamer with Rolex winner Bay My Hero, who reared and bucked as he returned toward the ground jury.

I have to give a huge shout out to two riders, who won their respective sections of best dressed (at least in my mind). Ben Hobday looked incredibly swift today, rocking some very cool Ray-Bans and a skinny tie. An honorable mention must go out to Francis Whittington, who pulled off the purple tie with a smooth finish. The ladies had nothing on Georgie Spence, who killed it in ankle boots and a lovely tailored tweed coat. Check back later today for a full photo gallery! 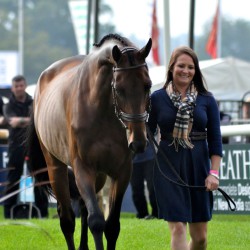 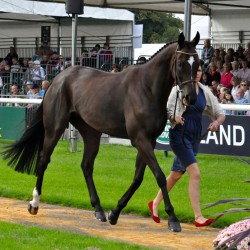 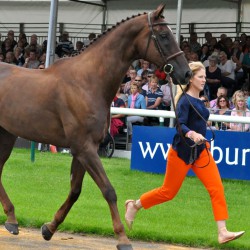 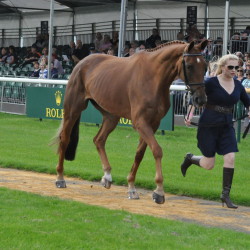