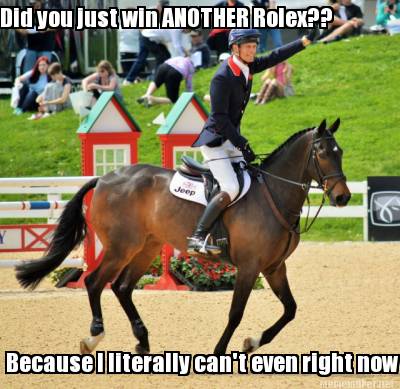 After an exciting finish to yet another Rolex, we can now all officially recognize that William Fox Pitt only comes to the United States to school us on how it’s done. The man is a machine, and probably has the best stable of four-star winners of anybody in the entire world right now. The magic isn’t just in his ability to win, but his ability to show up at each event well prepared for the level on many different types of horses. One day, an American will win Rolex, but at least we gave WFP a run for his money! Check out what’s happening behind the scenes after the conclusion of the event.

Our favorite course builder Tyson Remeter is already planning for a new William Fox Pitt statue close to Bruce’s on the Rolex grounds.

When Buck tells you how to jump the course, you listen. He jumped double clear on both Park Trader and Ballynoe Castle RM to finish 12th and 3rd respectively! 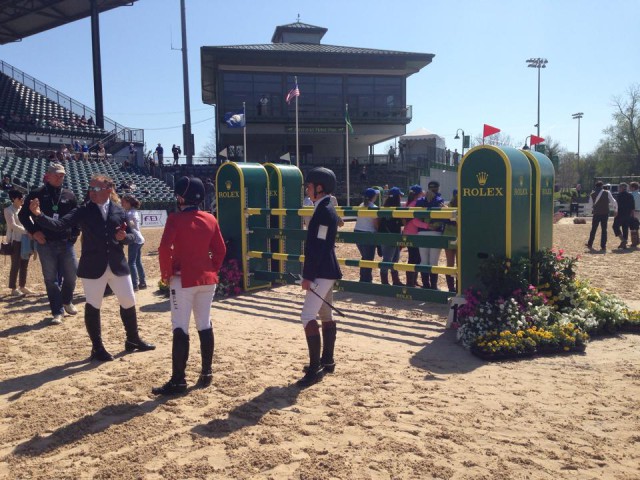 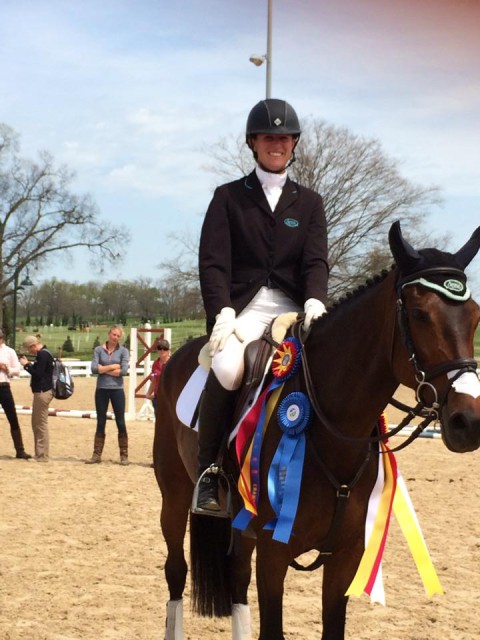 When asked about her mare’s nickname though….Lauren revealed that it’s not terribly flattering…

Libby Head rode around her first CCI4* on the smallest horse of the field, Sir Rockstar, finishing on a rare double clean show jumping round. Libby and Rocky have been together forever, and come up the levels together, congrats on your top twenty finish Libby! 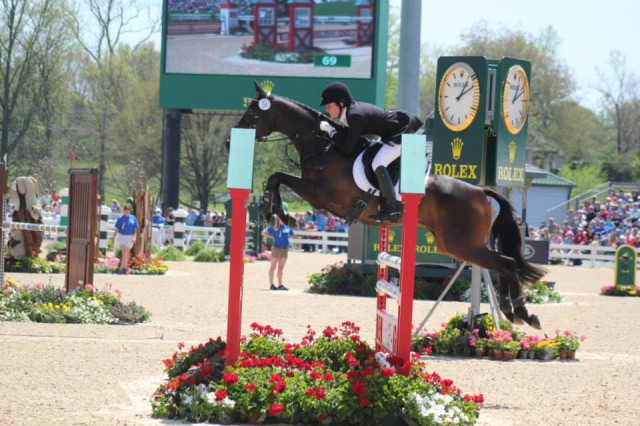 Another one of our great Rolex Rookies (and one from the West Coast!), Jennifer McFall was so pleased to finish her first CCI4* with her lovely horse High Times. “Billy is a FOUR STAR HORSE!!!!! Ahhhhhhh!!! I’m speechless  🙂 “ 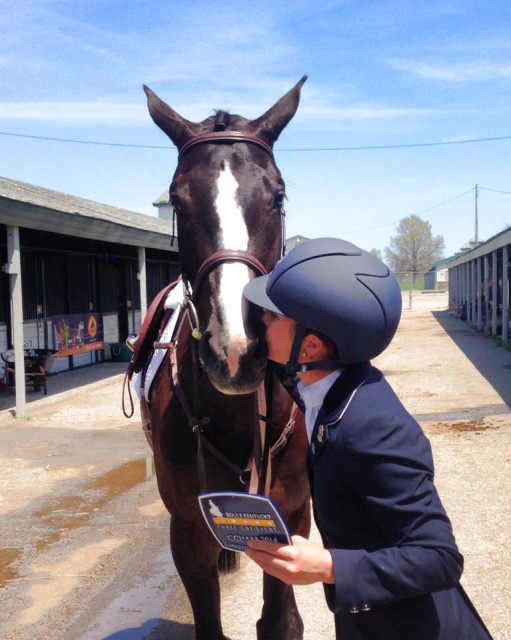 William took a moment to clarify his “chubby” comments from yesterday. Don’t worry, he had the fitness, he just thinks that Moonie is a chubs!

Super groom Sarah Braun has been taking some notes from the chinchilla….photobomb! Hawley plants a big smooch on Ginny after their 8th CCI4* cross country yesterday. 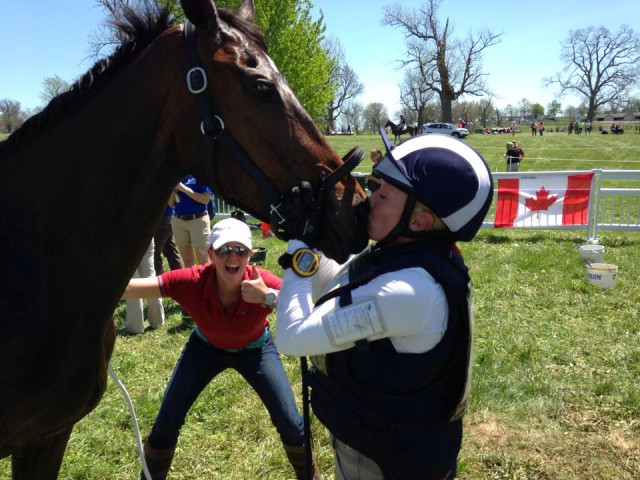 Kim Severson and Fernhill Fearless looking fierce at the jogs in the morning. Sparky finished his first CCI4* with just a rail to add to his dressage score, finishing 11th overall and helping Kim to win the top owner/rider prize! 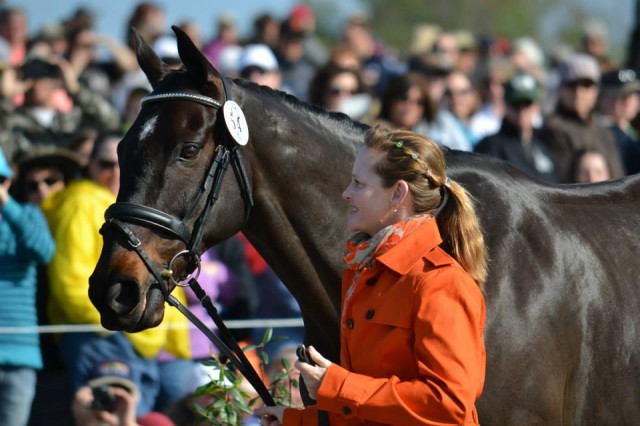 After an uncharacteristic six rails down, Andrew Nicholson and Avebury slipped way down the rankings. Andrew then proceeded to fume his way back home, fueling the plane on pure fury and determination to never repeat that again.

Meghan O’Donoghue finishes her second CCI4* on her little powerhouse OTTB, adding only two rails to her initial score, and finishing in 17th place. 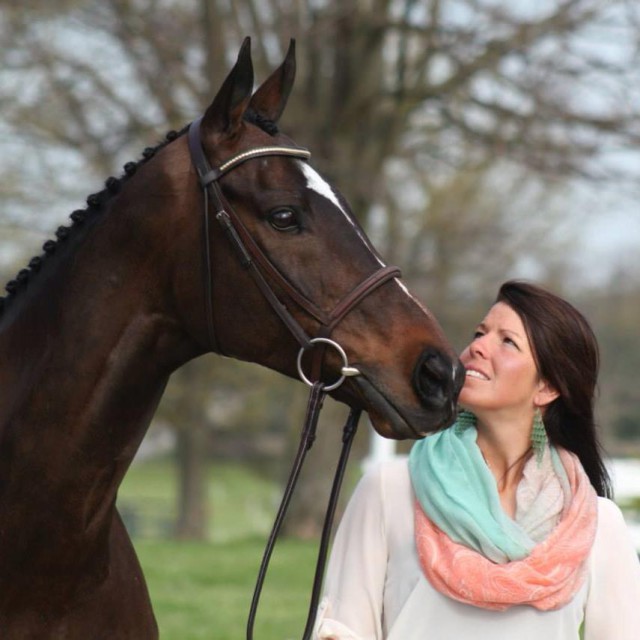 Jan Byyny and Inmidair had just one rail down to finish a super Rolex, with JR completing his very first CCI4* in 7th place! 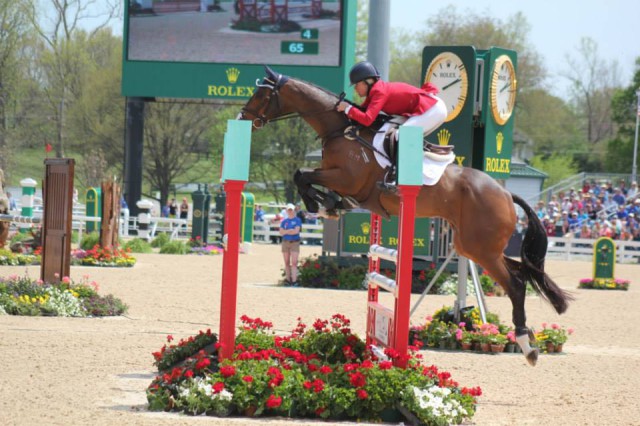