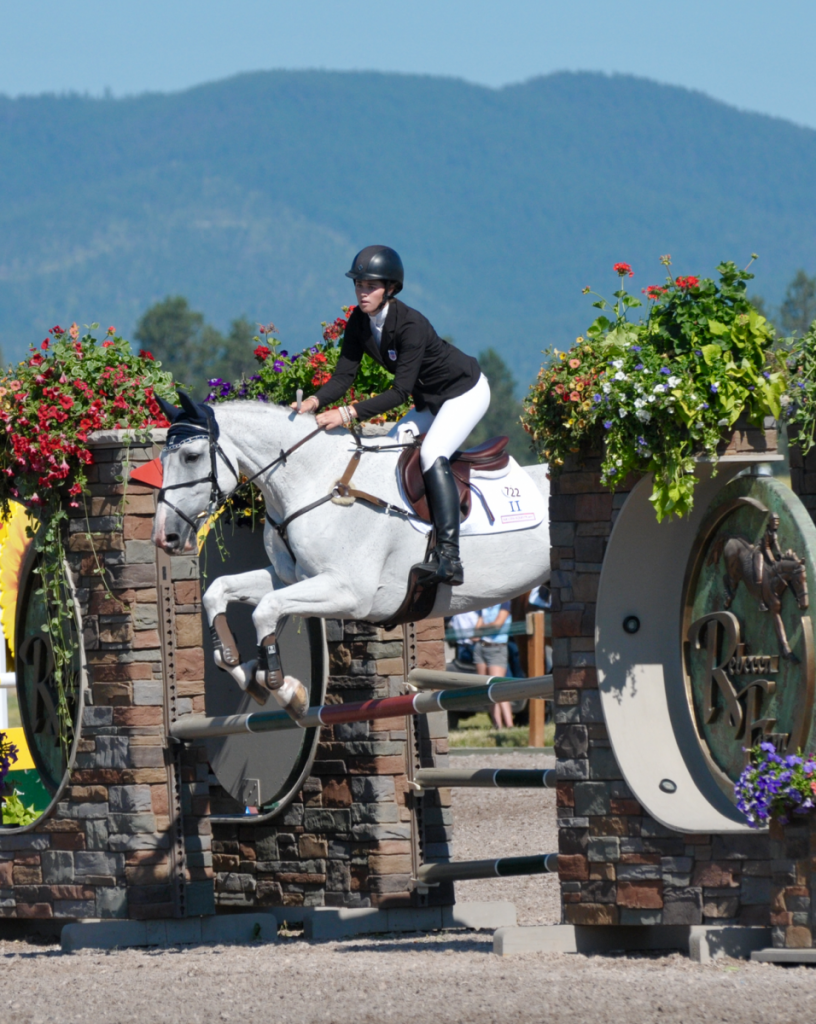 At just 20 years old, Haley Carspecken is a bright young star for eventing in the U.S. With her horse Center Stage, a 14-year-old Holsteiner, she earned individual silver at the 2018 North American Youth Championships for Eventing at Rebecca Farm and has had several top finishes at the level.

Last year, she suffered a serious knee injury — of all things, she blew her knee out in her own backyard — and subsequently underwent surgery. Taking time off to recover and rehabilitate took a toll on Haley, physically and emotionally, but it looks like she’s come back stronger and more confident in herself and her path.

Her comeback event was Pine Top in February, and her mount Get Out gave her an incredible event back by winning the Preliminary-Training division. “That winning weekend was pretty surreal to me after coming back from a major knee surgery and only to have been riding for a month before the event,” Haley says.

Haley has had a lot of support throughout it all, both from her family and her boyfriend Ushindi Namegabe. Ushindi was at Pine Top to capture her comeback through his lens and created a video about her journey back to the sport.

“I believe that everything happens for a reason,” Haley says in the video. “There is something good to be taken out of every bad life situation or setback. No matter how hard a life challenge can get, decide not to look at them as negatives, instead look at them as opportunities to grow and to become the best version of yourself. Most of all never let giving up be the answer to it all. There is always hope. Refuse to be defeated.

Best of luck this season, Haley! And, IMO, Ushindi sounds like a keeper;) Go eventing.

Ecovet is the only fly repellent that improves insect-related skin sensitivity. Learn more at eco-vet.com.