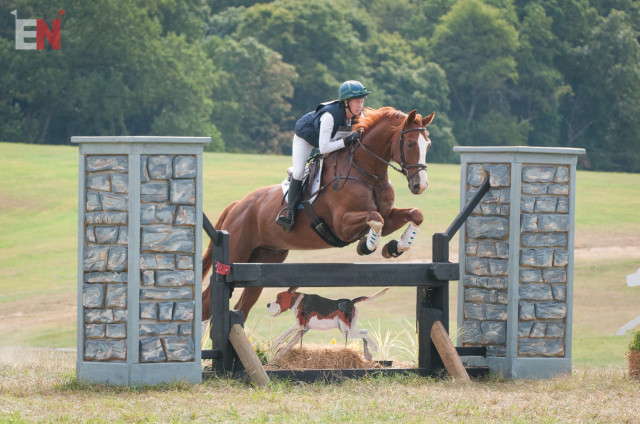 Among the 2017 Eventing 25 Program selected riders, 18-year-old Cornelia Dorr is a bit of a rookie. She is one of two riders named to the list who have never taken part in the USEF Emerging Athlete Eventing programs before and the only one who has never completed a CIC2* or CCI2*. Cornelia was talent spotted into the program having just come off a stellar 2016 season.

“I applied knowing I didn’t meet the qualification of having completed a CCI2* that year, but that it was possible to be talent spotted,” she said. “I didn’t think there was really a high chance at all of me getting it and I was really surprised!”

Cornelia was bitten by the horse bug as a youngster. “I was always that little girl that only talked about horses,” she said.

Though at first when she started begging her parents for riding lessons, she and her family lived just outside of New York City without a good lesson barn available nearby. That all changed when they moved to Hamilton, Massachusetts, a town with a rich equestrian heritage.

Once settled in Hamilton, Cornelia began riding ponies at a local lesson barn and a few years later, at the age of 10, she began riding under the tutelage of Babette Lenna at Gathering Farm and her interest turned to eventing specifically. “I never wanted to be confined to riding in an arena all the time,” she said.

Growing up primarily in Massachusetts and later attending a boarding high school in Maryland has allowed Cornelia to already accumulate a breadth of competition experience up and down the East Coast. Spring and fall seasons have been spent riding and training with Sharon White at Last Frontier Farm; most summers she traveled back home to New England and continued her training with Babette; and winters were spent in Aiken with Babette while still keeping up with school through the use of an online tutor.

Cornelia currently has two competition horses, the first of which, Sir Patico MH (“Hugo”), a now 11-year-old Warmblood/Thoroughbred gelding, was acquired nearly six years ago and has carried her from Beginner Novice all the way through Preliminary during her high school years and the pair moved up to Intermediate this past October.

“Hugo’s heart is amazingly big and he would do anything for me,” Cornelia said. “He naturally wants to please and I think that’s what makes him so talented in my eyes. I didn’t have the upper-levels in mind when I bought him, but he has just kept stepping up to the plate.” 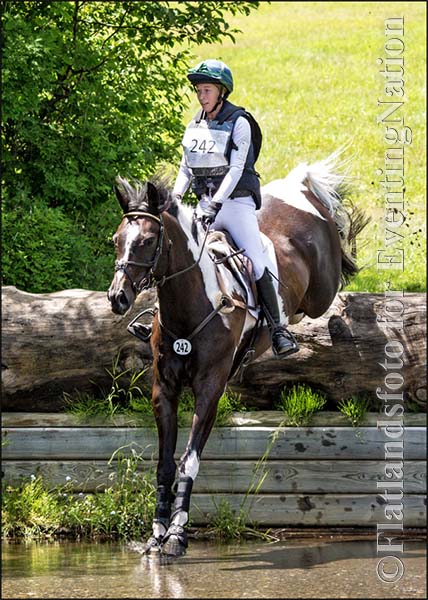 2016 was a big year for Cornelia and Hugo: the pair tackled their first CCI1* at the Ocala Horse Properties International 3-Day Festival of Eventing and were later named to the Area I NAJYRC CH-J* team. Their individual third place finish overall helped Area I to clinch the team gold medal.

“Young Riders has been my big goal since I started high school and decided I really wanted to continue with eventing,” said Cornelia. “It was amazing and I was so proud of everyone!”

“It’s cool to be a part of something larger than yourself like being on a team. Also to be able to pack and plan for something like that — where we had to travel all the way out to Colorado — was a great experience in and of itself.”

Now having graduated high school, Cornelia is taking a gap year to work for Sharon full-time and plans to attend Gettysburg College in the fall.

“I dedicated this year to finding out if I wanted to pursue a career as a professional rider and I’m pretty certain at this point that I want to make this my life and be a successful event rider with a string of upper-level horses and people supporting me.”

Cornelia’s second mount is Louis M, a 12-year-old Rheinlander gelding previously ridden through the CIC3* level by Pia Münker of Germany, and imported last summer to help Cornelia develop as a competitor and take her to the next level.

As thrilling as Cornelia’s 2016 spring and summer was, the fall proved no less exciting or rewarding. In her first competition on Louis, the pair took the top spot at the GMHA Festival of Eventing August Horse Trials in the JYOP division and they finished out the season with two other wins at Preliminary, a 13th place finish in the CIC1* at Plantation field, and finally a win in the CCI1* at The Virginia Horse Trials in October.

Additionally, Cornelia moved up to Intermediate with Hugo finishing as the top placed Young Rider in the Open Intermediate divisions at both the Maryland Horse Trials and then the Virginia Horse Trials in October.

Both Hugo and Louis have traveled down to Ocala with Cornelia ahead of this week’s Eventing 25 training camp. Cornelia will ride Louis in the sessions with Eventing Emerging Athlete Coach Leslie Law and then stay an additional week taking lessons from Leslie while riding Hugo. 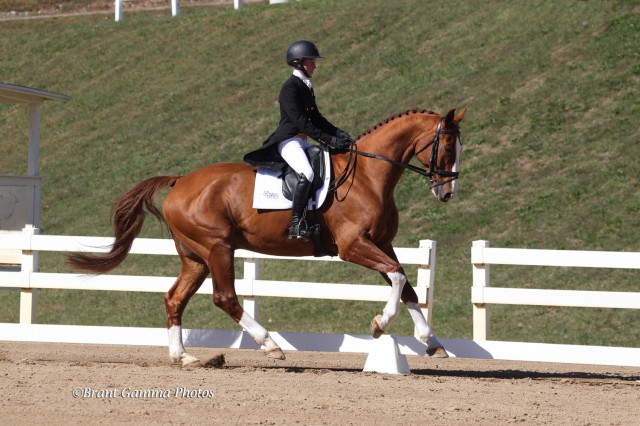 Since Louis is still a fairly new ride for Cornelia, she’s hoping that their time in the developing athlete training camp will help to improve their connection.

“Louis is more trained than me, so he’s teaching me a lot,” she said. “He has a very specific canter that he works best out of and right now I can’t always find that, so I’m especially hoping that during the training camp I’ll continue to work on finding the canter that I need on him.”

“I’m also looking forward to making connections with all the other young riders who will be there and who are planning to be in the sport for a while. In Young Riders I made a lot of friendships that I think I’ll carry for the rest of my life, so I’m looking forward to meeting more new people.”

Having achieved her goal of making her Area’s NAJYRC team and successfully competing, Cornelia is now making a new set of goals and looking to the future. She is looking to take Louis Intermediate under Sharon’s guidance once she makes it down to Florida as well, and the plan is to do a CIC2* with both Hugo and Louis in the early spring to prepare for the Jersey Fresh CCI2* later in the season. Cornelia is hoping to return to NAJYRC again this year, this time as a CCI2* competitor and ideally she’d finish out the season with both horses in the CCI2* at Fair Hill International.

With the upper-levels solidly in mind for the future, she’s eager to absorb as much as possible during the Eventing 25 camp, throughout the rest of her gap year, and beyond.

“I’m looking forward to the learning curve during the training session because I’m the most inexperienced of the bunch,” Cornelia said. “I hope I’m going to come out of the program having learned a lot in the four days.”

“So far I have been lucky to have the support of my parents for helping me follow this dream, and Babette for raising me as a rider and horsewoman, and Sharon for continuing my education. They’ve all helped get me to where I am today.”