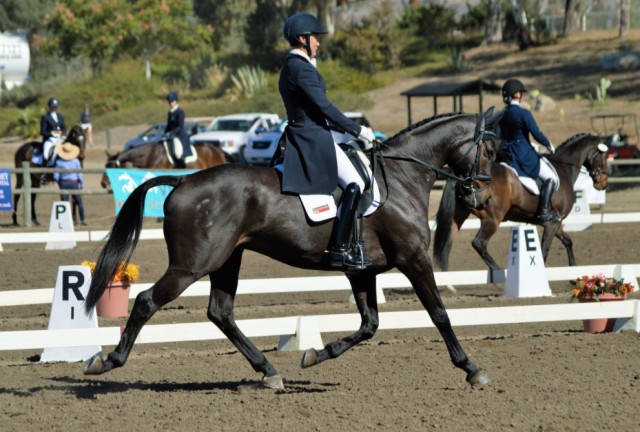 As the penultimate rider of the division, the pressure was on Tamie Smith to see if anyone would challenge Marilyn Little’s early lead. As per usual, though, Tamie and The Chatwin Group’s Chatwin danced their way into the lead in the CCI2* at Galway this morning.

Tamie and Chatwin have been together since this summer when Frankie Thieriot took some time out of the saddle to give birth to her first child, Drake. After this weekend, it’ll be back home to mom for Chatwin, but so far he and Tamie’s final competition together is going according to plan.

Scoring a 41.5 on a day when scores in the 40s, much less the low 40s, were a bit scarce, Tamie will take the lead over Marilyn Little and RF Overdressed, who were in command for the majority of the day after being one of the first to go.

RF Overdressed, an 8-year-old Hanoverian gelding owned by Ms. Jacqueline Mars, Robin Parsky and Raylyn Farms, was re-routed here after retiring on cross country at Fair Hill. This horse has a pretty stellar record otherwise, though, winning the CCI2* at Bromont earlier this year. Marilyn earned a 42.7 from the judges this morning to set the early standard for the division. 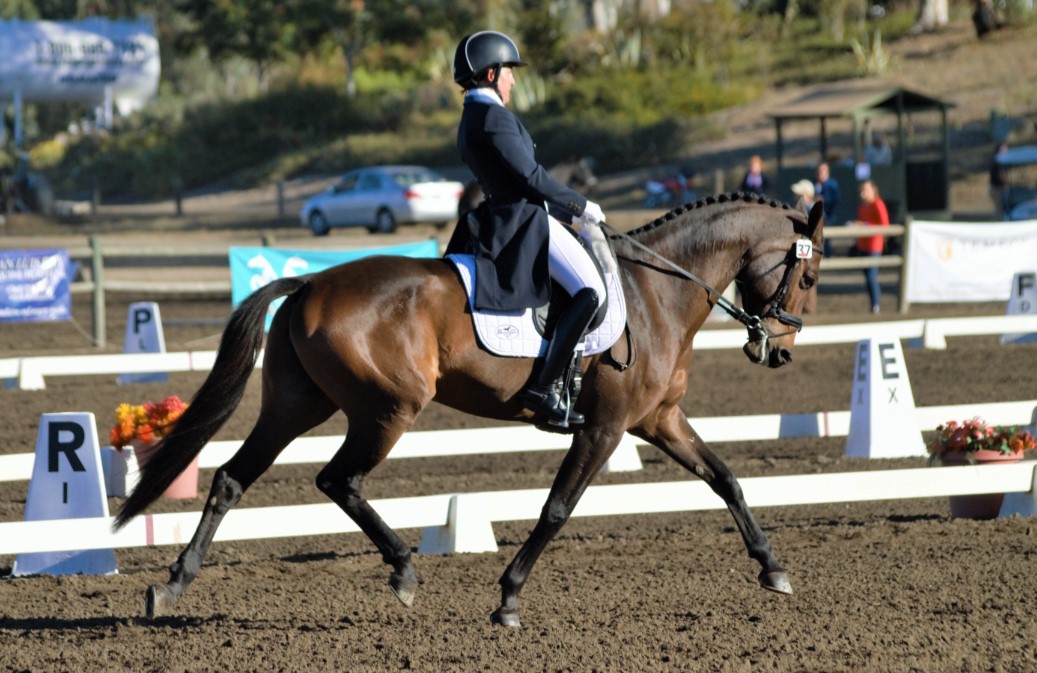 Barb Crabo and Over Easy. Photo by Sally Spickard.

Also riding a particularly lovely test were Barb Crabo and Over Easy, a 9-year-old Swedish mare who is coming off of a third place finish in the CCI2* at Rebecca Farm over the summer. Barb and Over Easy have competed here at Galway many times, so watching them out on cross country tomorrow should be a treat. Barb will take third place into tomorrow on a score of 43.7. 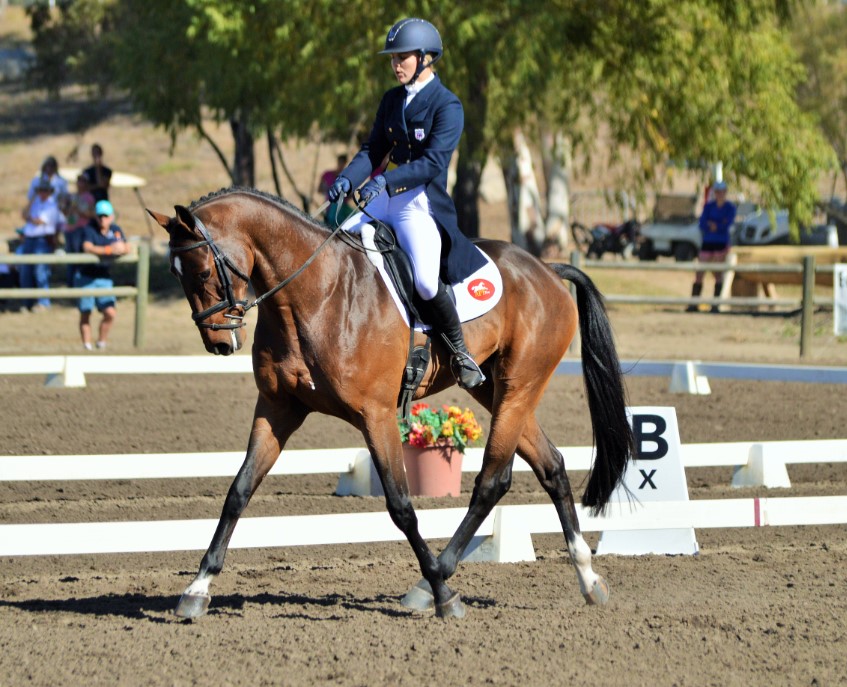 The winners of the CCI1* at Rebecca, Kelly Pugh and David and Candace Garrett’s Corazon, had just a couple of minor bobbles in an otherwise attractive test that earned them a 48.2 and fourth place overnight. This is a move up for Kelly with “Toddy”, though he did compete at the two-star level in Europe. They most recently won the CIC2* at Woodside earlier this month.

Jon Holling and Kildalton Cooley were the first in the ring this morning and really put down a great effort, scoring a 49.8 and sitting in second for most of the morning. They’ll now be in fifth looking ahead to cross country and well within reach of a higher placing. Jon will be aiming for the first CCI2* completion with this 9-year-old Irish gelding owned by the Kildalton Group.

We’ve got a fairly well spread out field of 21 competitors, but 20 penalties are all that separate the top 15 — a fact that can be influential come cross country day.

We’re currently on a lunch break (and yes, I will be patronizing the food trucks!) here at Galway, and we’ll be kicking off the CCI3* at 1 p.m. local time. Don’t forget, Ride On Video will be providing a live stream for this division — we’ll be posting that later on before the start. 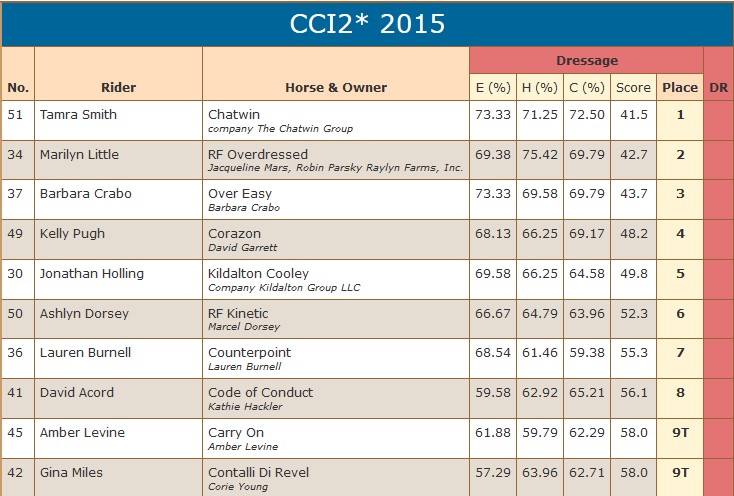