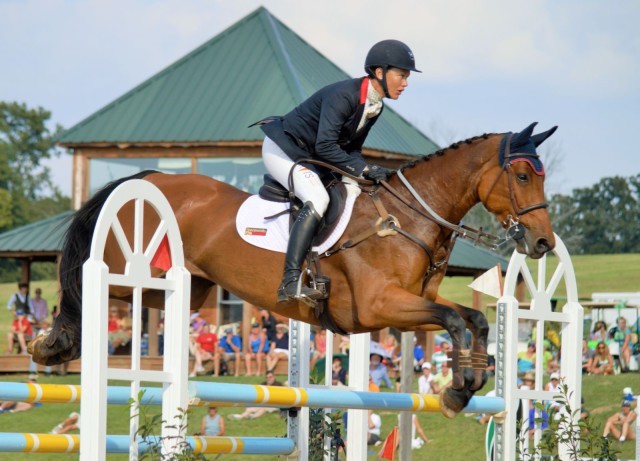 After culminating a season full of accomplishments with a win in the Merial Open Intermediate at the Nutrena American Eventing Championships, Tamie Smith has officially acquired Twizted Syster, thanks to the help of the newly formed Twizted Systers LLC syndicate.

The 7-year-old Irish Sport Horse mare has shown noteworthy talent this year on the west coast, successfully moving up to the Intermediate and two-star level this year with Tamie in the irons. Originally competed by Heather Morris in Texas, the mare developed allergies, and it was suggested that she be sold outside of Texas to combat them.

A good friend of Heather’s, Tamie took over the ride with the intention to sell the mare, but developed a partnership that has grown over the last year of competing together. From there, Tamie decided to set about purchasing the mare for herself, a decision that Heather Morris was pleased with.

“I was heartbroken when I sent Chloe to California to be sold due to allergies in Texas, but I now couldn’t be happier that the one and only person in the world I would want her with, formed a partnership and fell in love with her the way I did. I will be cheering them on every step of the way,” Heather said in an Athletux press release.

“I have thought the world of Twizted Syster, aka Chloe, since Heather Morris and Mike Huber found her in Europe,” Tamie said via press release.

When Heather asked if I would take her to be sold in CA due to her allergies in Texas, I was very excited to have her at my barn. Over the last several months, I have developed a partnership with this talented horse which I am very excited about, and I am thrilled and honored that the individuals in this syndicate group came together on my behalf so that I can keep the ride on her for years to come.”

This is a very special horse, and I can not wait to see where our partnership leads. The people involved in the Twizted Systers LLC Syndicate are amazing, and I cannot thank them enough for making it possible for me to keep the ride on her. I look forward to sharing many exciting moments with them in the months and years to come, and also want to thank the Team Express Group Syndicate for the opportunity to purchase her from them.”

We’d like to extend big congratulations to Tamie and the Twizted Systers LLC syndicate members as they embark on a promising journey with this talented mare, who is headed for the CCI2* at Fair Hill next weekend.