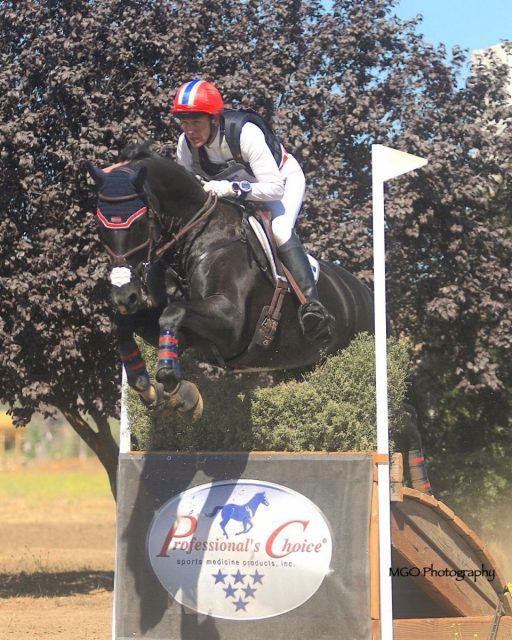 Massive amounts of work are involved in putting on any event, and pulling off an event with the magnitude that is fall Twin Rivers certainly deserves an award of its own. The Paso Robles, Ca. facility hosts several events throughout the year, and their fall finale is one of their biggest with divisions ranging from the West Coast Future Event Horse Championships, to Intro level all the way up to CCI4*-S. Many props and thanks are in order to all involved with ensuring one of the marquee events on the West coast calendar runs without a hitch!

Twin Rivers also welcomed Hugh Lochore for the first time as course designer — look for more changes to the track as time goes on. “I have really enjoyed being here for the first time,” Hugh said in a press release. “After getting to know the terrain and team behind the event a bit better, I very much look forward to putting forth a plan for the future.”

It was a banner weekend for Tamie Smith, who finished off her final prep for the Boekelo CCIO4*-L next month with a handy win in the CCI4*-S with the Alex Ahearn’s Mai Baum. Finishing on a final score of 28.4, “Lexus” was once again in prime form and looks to be raring to go with a busy fall season coming down the pipe.

“We’ve been doing quite a bit of homework since the Pan American Games and I was thrilled with the result this weekend,” Tamie said in a press release. “We were fortunate to have training sessions earlier this week here at Twin Rivers with US Team Coach Erik Duvander and he was able to help me polish some final details before we head abroad again to contest Boekelo at the Nation’s Cup in just a few weeks.”

Not to be outdone, however, Tamie also went on to collect the other two podium spots in the CCI4*-S, finishing second and third respectively with Ruth Bley’s En Vogue  and Danito. You may recall this dynamic duo who finished first and second in the Intermediate division at AEC! This was a move up for these two budding stars, and Tamie is thrilled to have added to her Advanced string with this solid start.

Marc Grandia collected another solid 2019 placing in the CCI4*-S with Team Rebecca LLC’s Campari FFF, finishing fourth on a final score of 42.0. Gina Economou rounds out the top five in the CCI4*-S aboard her own Exclusive, an exciting younger horse who just stepped up to the level this year and earned a finishing score of 51.2. 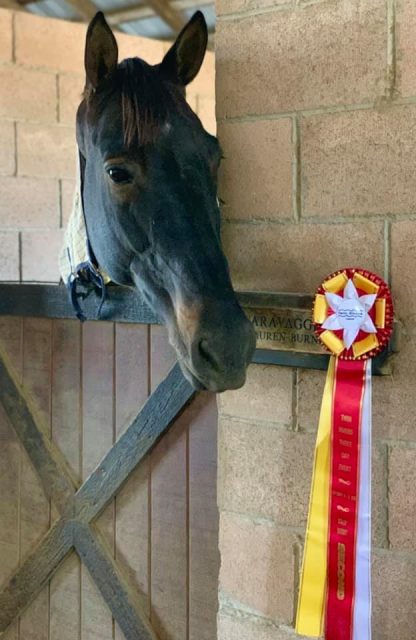 Carvaggio II shows off his winnings. Photo via Bec Braitling on Facebook.

James Atkinson took home a win in the CCI3*-S aboard Fleur de Lis, a 14-year-old KWPN gelding formerly campaigned by Tamie Smith. This pair added just four time penalties on Hugh Lochore’s cross country course to finish on a score of 37.3. Hot on James’ heels was Bec Braitling aboard Arnell Sport Horses’ Caravaggio II. The 8-year-old British Sport Horse gelding most recently finished in the top five in the CCI2*-L at Rebecca Farm, and his step up to the CCI3* level resulted in a finishing score of 39.9. Rounding out the top three are another CCI3*-S debutante pair, Asia Vedder and her own Isi, who finished on a final score of 41.2.

The West coast also crowned the champions of the Future Event Horse divisions this weekend, and several young stars on the rise have put themselves firmly on the radar with great finishes from the weekend. You can read the full recap of these divisions thanks to the USEA here.