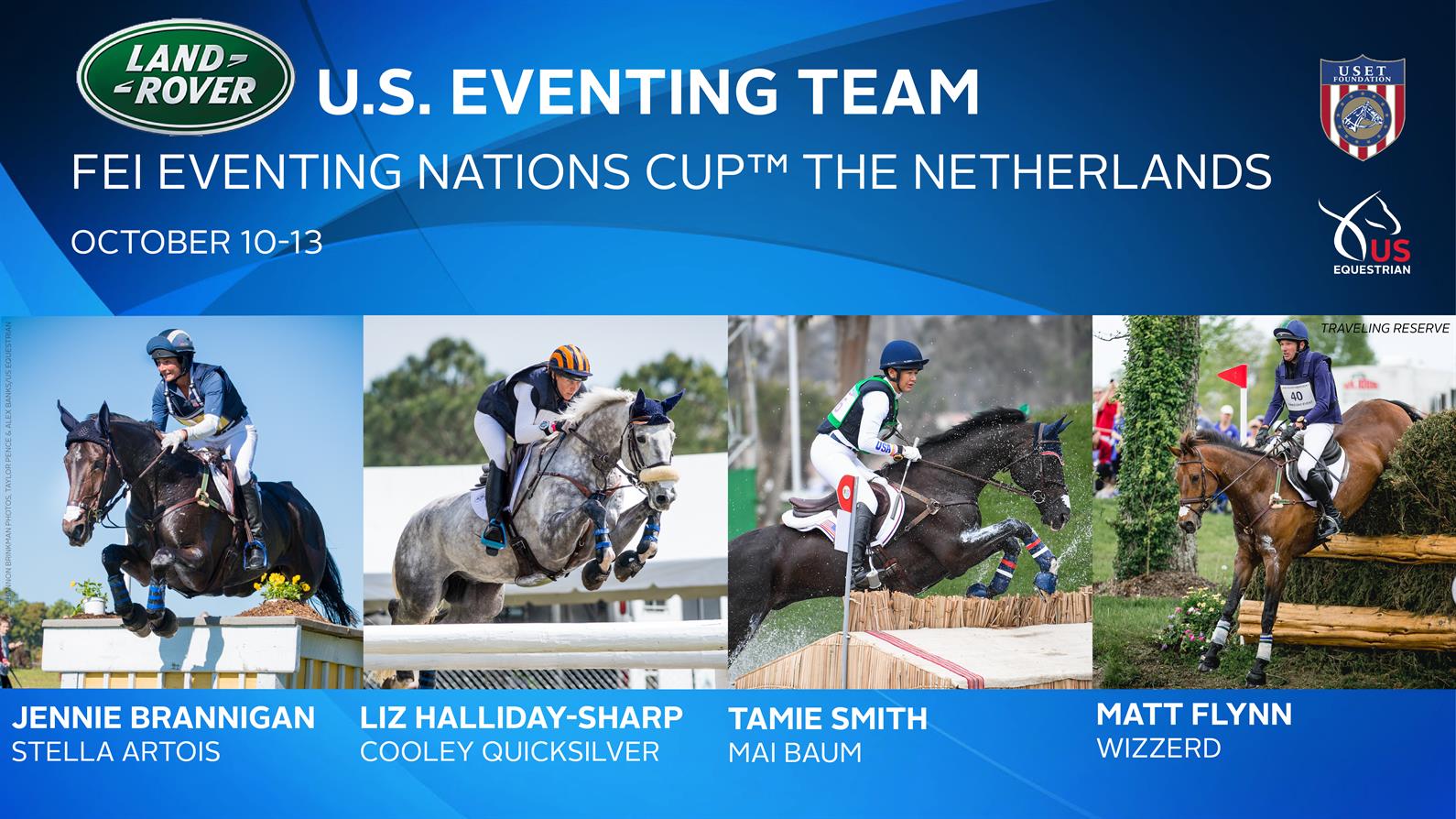 Frankie Thieriot Stutes announced today that she has withdrawn Chatwin from Military Boekelo CCIO4*-L after a recent minor illness compromised the horse’s fitness. Traveling reserves Tamie Smith and Mai Baum will replace them in the team lineup, and Matt Flynn will fill the role of traveling reserve with Wizzerd.

The event, which takes place Oct. 10-13, in Enschede, the Netherlands, will serve as a test event for the Tokyo 2020 Olympic Games. The competition is testing the new Olympic team format, which means there are only three riders on the team and no drop score.

Due to a recent bout of enteritis, Chatwin’s fitness schedule has been interrupted, and while he is currently in full health — over the weekend Chatwin jumped clear around a 1.30 show jumping course at the Sonoma Horse Park — Frankie, U.S. Team Vet Dr. Susan Johns, and Chef d’Equipe Erik Duvander agreed travel and competition at Boekelo were not in the the horse’s best interest.

“After being sick a few weeks ago with enteritis that resulted in an ICU stay at UC Davis, Chatwin has been back in full work, and been doing very well in his flat and jump schools. However, as a result of his compromised immune system and recovery from being so sick, his fitness has taken a hit and it has become clear in his last couple of gallops that asking him to push ahead to achieve the fitness needed to compete successfully at Military Boekelo in just a few weeks time along with the stress of putting him on a plane to fly him across the globe would not be putting his best interests first.

“The pride I feel for the opportunity to represent my country on the international stage is not something I take lightly and in addition to always advocating for Chatwin’s well being as my first priority, it is incredibly important to me that Team USA always be represented by the very best possible performances. At this time, I feel with Chatwin not being as fit as he needs to be after being sick, we would not be contributing our very best performance on behalf of our country and my teammates which is something I care a great deal about.

“In collaboration with my amazing vets as well as Dr. Susan Johns and Erik Duvander we have made this decision with Chatwin’s well being as paramount.

“I look forward to attending Boekelo to cheer on Team USA and I am very excited about the strength of the team being sent! Additionally, I would like to thank the wonderful group of people who have signed on to support Chatwin and I this year for their support of always putting Chatwin’s health first and the selectors for believing in our ability to represent our country at a Nation’s Cup.”

The following combinations has been named as first alternates:

Under the new Olympic team format, the traveling reserve is still a very critical fourth member of the team. The way Boekelo is testing the format will differ from the Olympics, as the reserve for Tokyo will only step in should one of the three team horses be unable to continue on to the next phase (due to elimination, unsoundness, etc). For Boekelo, the traveling reserve will compete in all phases, and their score can be substituted in as a counting score should one of the three team members be unable to continue (due to elimination, unsoundness, etc.)

There are a number of rules that dictate how substitution will work at the actual Games. Full FEI Regulations for Equestrian Events at the Olympic Games are available here. Click here for a direct link to the Games rules. View more information about the FEI Eventing Nations Cup the Netherlands here.