Rolex week is the most frenzied week on the U.S. eventing calendar, hands down. It’s easy to get caught up in all the bustle and excitement, but it’s also worth taking a moment to step back and reflect on the bigger picture. Originally published in 2012, this essay is one of the most viewed Rolex week posts in EN history — and its relevance remains. As Rolex 2017 begins, we thought it appropriate to re-share it as a reminder that this collective experience we know as Rolex is much bigger, and more complex, than we sometimes give it credit for. 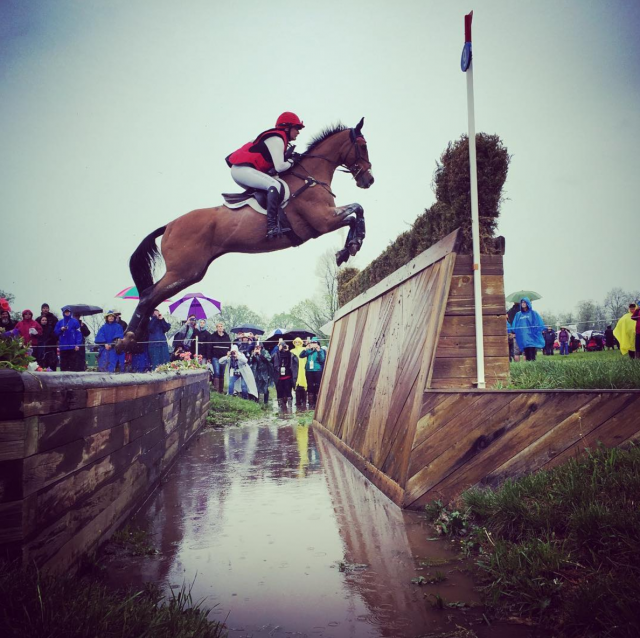 In memory of Avery Klunick’s In It To Win It, whose successful four-star debut at Rolex 2016 would be his final FEI run. Photo by Leslie Wylie.

I’m sure I’ve got a few dandelions out there myself, not from Rolex, but from other Horse Park events that felt equivalently serious at the time. When you’re 13 and you’ve saved your $4-an-hour stall mucking wages all summer to compete at some event, only to have your pony jump out of the dressage ring … dandelion. When you’re 17 and your horse hangs a leg in the water complex at Pony Club championships and you feel like you’ve let down your entire team … dandelion. When you’re 29 and you pull up halfway around the course with the sinking realization that you’re simply not prepared … dandelion.

This weekend at Rolex, there are going to be riders who don’t make it around the course. They’ll make the same long walk back to the barn that so many have before them, replaying a split second over and over again in their minds, trying to figure out what went wrong. Some of them will get a leg up on their next ride or have the opportunity try again next year. Others might not get a second chance.

If you’re at Rolex this weekend, take a quiet moment at some point to look around you. Acknowledge the dandelions and the horses and riders who planted them there. Remember that it’s all connected. Without attempt, and the risk of failure that goes with it, there can be no glory. The hit and the miss both begin with a leap.