In honor of Veterans Day and in the spirit of celebrating eventing’s military roots, each day this week we are republishing a section of Wylie’s 2015 series “Terrifying Cavalry Training Tips.” Yesterday we tackled down banks — today we’re hitting up the grid! 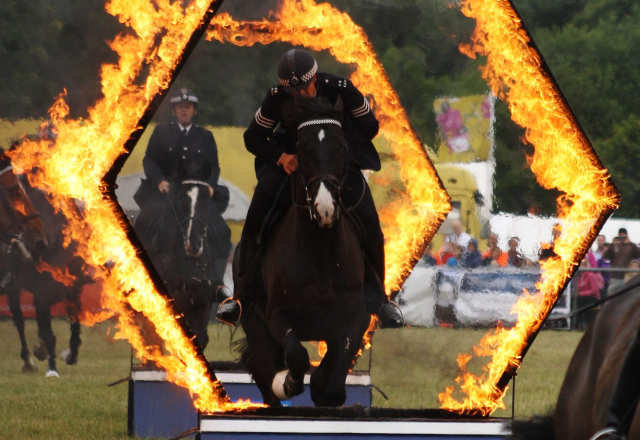 As such, the cavalry took its gymnastic training very, very seriously. For the second in our series of cavalry inspired training articles, we’ll take a look at some inspiring grid ideas that you should absolutely NOT try at home. Kind of like Jimmy Wofford’s gymnastic training manual, but for people who are completely insane.

Well, that’s all the time we have for ill-advised training exercises today. Stay tuned for part 3, coming your way tomorrow!