In honor of Veterans Day and in the spirit of celebrating eventing’s military roots, each day this week we are republishing a section of Wylie’s 2015 series “Terrifying Cavalry Training Tips.” So far we’ve tackled the subjects of down banks, grid work and water jumps, and now we present the series’ thrilling conclusion: skinnies. 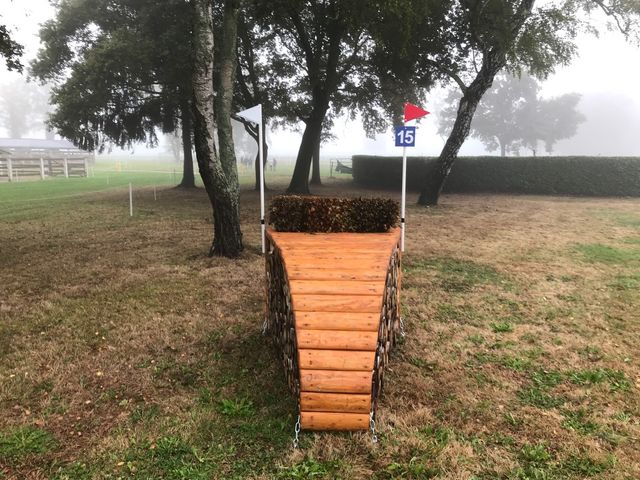 “I’ve eaten slices of pizza that were wider than this, y’all.” –Wylie. Photo courtesy of CrossCountryApp via Pau 2019.

Itty-bitty teeny-weenie skinnies, the kind that make you suck in your own gut just walking up to them, are pretty standard fare on modern cross-country courses.

But long before we were pointing our event horses at carved wooden waterfowl and corners the size of a billiard ball rack, cavalry riders were practicing their accuracy over obstacles like this (source: British Pathe):

Um, yeah. Which brings us to our Cavalry Training Tip of the Day, presented by the Cadre Noir de Saumur. 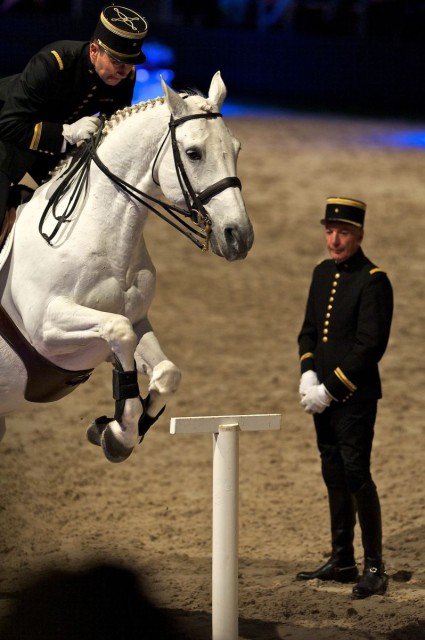 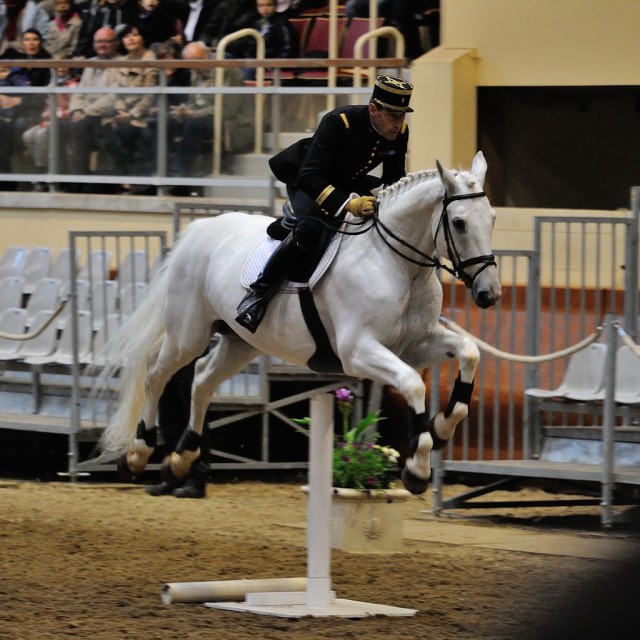 Founded in 1828, the historic role of the Saumur School of Cavalry was to provide training for the officers and non-commissioned officers of the French cavalry. After World War II, however, the mounted element of the French Army had been greatly reduced and the need for a purely military riding academy had almost vanished. Fortunately, the international prestige of French horsemanship ensured the survival of the Saumur training centre in the form of a national riding school under the Ministry of Sports.

In 1972 the National School of Équitation was constituted around the Cadre Noir, which forms its core teaching staff. Today there are about 50 horses and a team of elite riders, usually limited to 22. The members of the Cadre Noir have either civilian or military status.

The equitation on which the school is built was taught by Francois Robichon de la Gueriniere, the French riding master to King Louis XV and author of the book École de Cavalerie, published in 1731.

Today this troupe of elite French riders still dazzles audiences with spectacular displays of horsemanship — like this bonkers progression of skinnies. First a table, then a chair, then for dessert … a single upright pole.

Well kids, there you have it. Drag that dining room furniture out to the ring and get started! (Note from EN’s lawyer: Eventing Nation shall not be held liable for broken, smashed or otherwise damaged personal property.)