The Spring Event at Woodside was bustling with activity Friday as competitors took to the dressage arena to kick off the weekend competition. The $15,000 Preliminary Challenge is in full swing headed up by Jennifer Salinger in the rider division and James Alliston and Jordan Linstedt splitting a tie in the horse division. 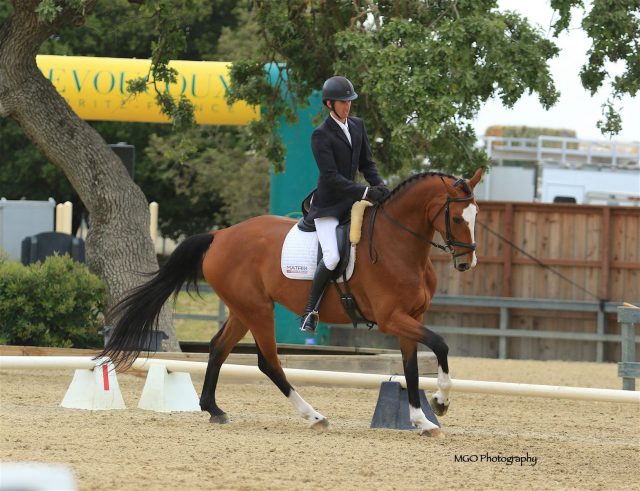 James and Jordan both landed on 28.8 to lead the Horse Challenge division aboard Lilly and Staccato, respectively.

James and Lilly are a newer partnership. The 9-year-old Oldenburg was originally slated for a career in the hunter/jumper world with Kelly Maddox, but when the mare wasn’t as suited for that life, James introduced her to eventing. After three starts, he and Kelly now co-own the horse.

“We worked out a deal where I will be in on partnership with the horse. This is her first year doing [eventing], and she’s really nice,” James said. “She’s really really fancy—a beautiful mover. She can sort of be a bit sharp jumping, but in general for the dressage she’s quite workmanlike. I thought she was really good. I’m learning with her and seeing how she gets on, but I’m excited for her. I think she likes it so hopefully she can do some big things down the line.” 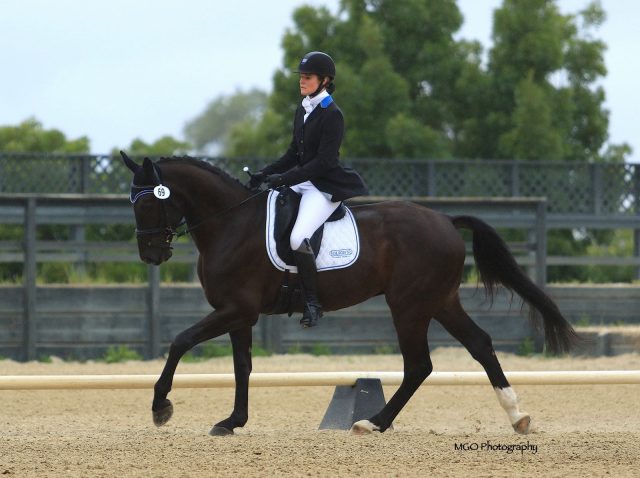 For Jordan and Janine Jaro’s Staccato, today’s test is another accolade in their blossoming partnership.

“Staccato felt super. He tends to feel very good in the dressage, and I thought he put in a really nice test. I think overall he’s definitely a very consistent horse and he was very consistent throughout the whole test. No major bobbles; everything flowed from beginning to end. He was quite forward in front of my leg,” she said.

The 9-year-old Hanoverian joined Jordan on the East Coast to compete this spring. Jordan credits John Zoppati and Clayton Fredericks for their help on the flatwork during their trip.

“I spent time on the East Coast this spring, and had some really good help from several guys back there. It’s kind of stepping it up a little bit with him, and I feel like that really carried through today to get some impressive work out of him. I think there’s still so much more in there, so it’s just really fun to work with him and produce him.”

The fun of the Preliminary Challenge is in the camaraderie and playful competition between riders. Professionals are here bringing up their next crop with upper level potential, and young riders and amateurs are prepping for future FEI events.

It’s all smiles for the public, but Tamie Smith explains, “there’s a lot of trash talking going on.” She sits just behind the equal leaders in the horse division on a 29.1 with Luisa Southworth’s 9-year-old Dutch Warmblood, Elliot-V. 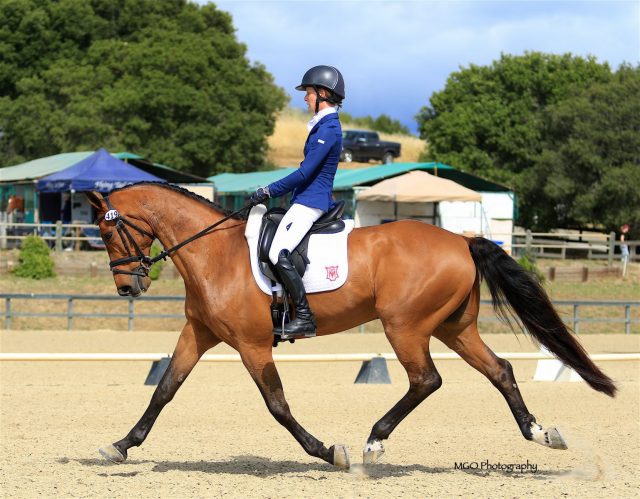 Jennifer Salinger is diving head first into her Preliminary Challenge with two entries, Cool Running and Lasse 73, who she’s taken the lead with. Jennifer and Lasse sit on a score of 29.7—the only sub-30 score in the rider division.

“I felt the pressure on the first horse. This is the first time I’ve ridden two horses at an event, and it was helpful to decompress and get on the second horse,” she explained. “[The Preliminary Challenge] seems like such a great way to gain atmosphere and exposure still at the preliminary level—not quite FEI pressure, but that same feeling. The Lasse 73 horse is new to me, but he lights up in such a good way that I have to just convince myself to let him teach me a few things.

“The test felt super. He is a wonderfully experienced horse that I’ve been lucky enough to take over the ride as his owner is headed to college in the fall. He gives you a confident feeling—for a lot if the test I got to sit there and enjoy it,” she smiled.

Krista Stevenson holds second place in the division with her own and Larry Stevenson’s Caison. The 10-year-old Hanoverian earned a score of 30.1. Charlotte Babbit and her own 2 A.M., a 6-year-old Dutch Warmblood, follow in third on 30.2 points after back-to-back wins at the level this spring.

Saturday is a big day at Woodside with cross country running in the morning followed by show jumping in the evening, run in reverse order of go. 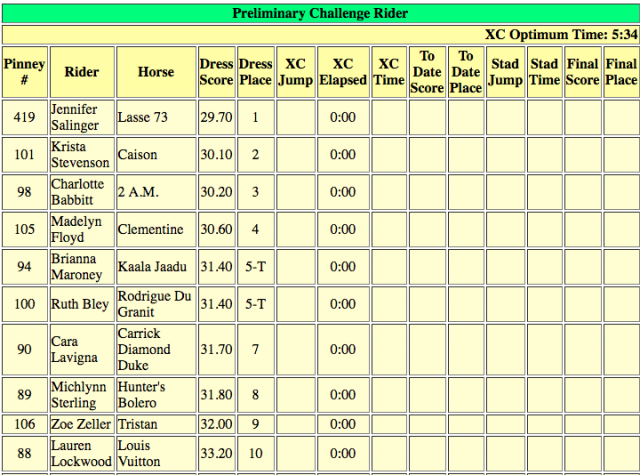 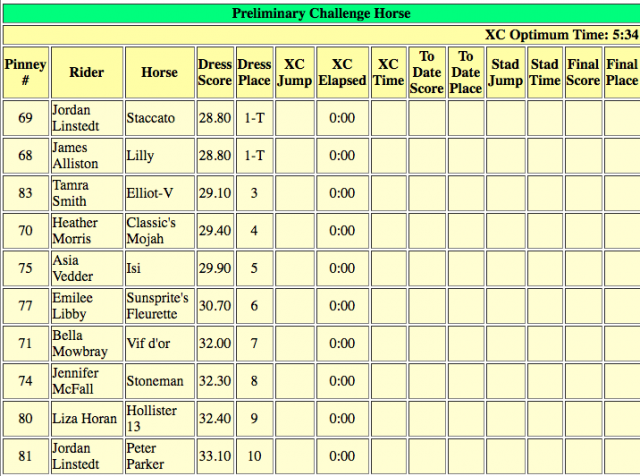