The 2018 World Equestrian Games in Tryon has, for eventers around the world, been a goalpost toward which they’ve been working for years. There are only so many team slots to go around, however, and getting named to any nation’s squad requires a mystifying ratio of hard work and good luck. As we head into these Games, let’s take a moment to salute those who came up just a hair short — like New Zealand’s Jesse Campbell, who was named as a reserve but ultimately didn’t make the trip. Jesse’s “almost” WEG has been a roller coaster, and he kindly agreed to talk us through his journey. 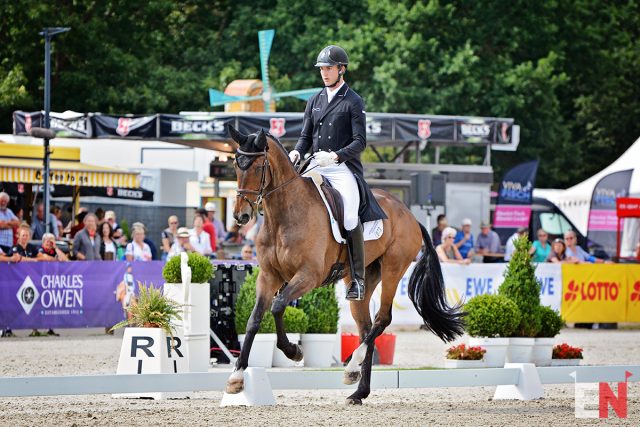 With a series of brilliant recent four-star results — exhibit A: Jonelle and Tim Price’s 2018 sweep of Badminton, Luhmühlen and Burghley, respectively — it will come as no surprise that Team New Zealand had quality riders to choose from for WEG. High on the list was Wiltshire-based Jesse Campbell and Cleveland, an 11-year-old Dutch gelding (Watermill Swatch x Rielone, by Lennard) owned by Kent Gardener and the rider. The pair was officially named a reserve back in July but didn’t quite make it to the final competition. With our eyes on this pairing for the 2020 Olympics in Tokyo, we chatted to Jesse about the ups and downs of being so close.

Jesse started eventing back home in New Zealand as a young boy and made the move to England at just 19 years old to base with fellow New Zealand team member Mark Todd. Since then he has been based with 2017 Badminton winner Andrew Nicholson before setting up his own JC Eventing in Wiltshire.

In the runup to WEG Jesse and Cleveland’s 2018 season looked promising for selection, with numerous clear runs cross country and top 10 placings at some of the Europe’s most prestigious events including Barbury and Camphire. With the 2020 Olympics firmly in Jesse sights, there were high hopes for his first championship selection to be this year at the World Equestrian Games, which sadly isn’t to be. Being named a reserve, however, in such a competitive nation is no small feat. We asked Jesse what his thoughts were when he found out, and how he dealt with the announcement.

“The main part of it is where your head is at, initially there is the disappointment, frustration and even anger when the team is announced,” Jesse says. “You immediately have to get your emotions in check, consider the situation you’re in, and what you need to do to get the most out of it. First thing I had to do is the necessary checks with owners; are they happy for us to be preparing the horse for an event that they probably aren’t going to be going to? From there it’s about preparing the horse and getting mentally in the right frame of mind in the lead up and applying this to the team training.” 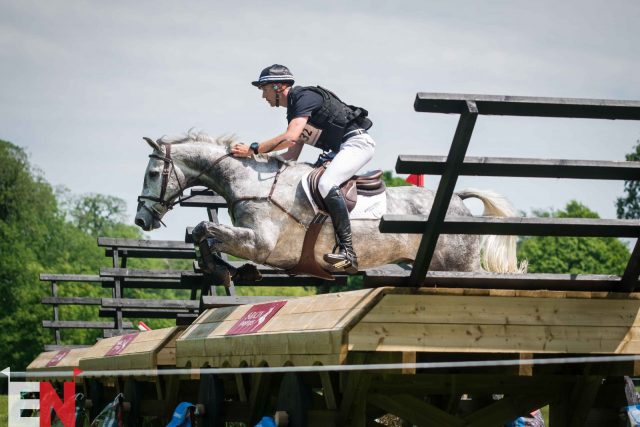 Jesse has plenty going for him — he has been recognised as one of the top seven eventers from his nation this year, a spectacular acknowledgement that few and far between can ever claim as their own. But uncertainty surrounding WEG for the whole JC Eventing team (owners, grooms and rider alike) is an emotional roller-coaster one must be mentally strong enough to ride out, and we take our hats off to them.

“You hear a lot of people saying it’s not a team sport due to the actual performance being individual, but really it’s all the stuff around this that counts; the way the team gels around the training, you want a nice harmony between everyone,” Jesse says. “The reserve is probably the one person that can mess with this, when the likelihood is you won’t get picked, it can be easy to think you don’t need to be there.”

Being a reserve does come with its perks though, and in many ways Jesse is still very much a part of the team. He got to this point through talent, determination, hard work and proven results; one change of circumstance and he could be sitting in Tryon as we speak talking to us about his first championship performance, but does that make it all the harder to be so close and not quite get there?

While we’re sure there’s always the secret hope that circumstances may change and as a reserve you hope for the last-minute call-up, ever the gentleman Jesse says this isn’t the case. “You can never know for sure whether you will be called up to go or not,” he says. “As we all know when it comes to horses anything can happen. But in a team of such good, sound horses, I focused on taking this experience for what it is, being there to support the team and making sure I was ready should anything happen.” 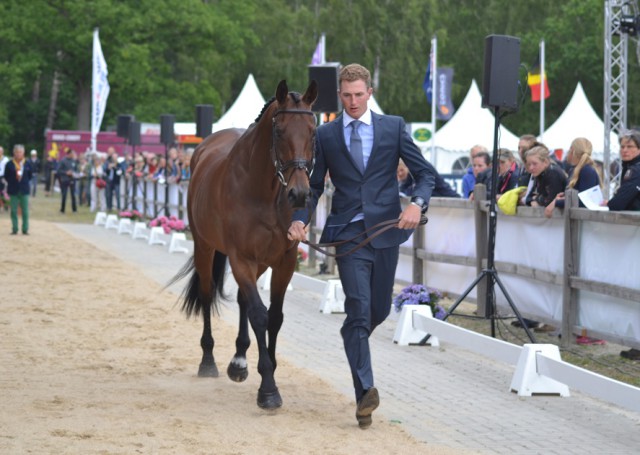 The hard work still has to be done and reserves are encouraged to attend all training in the run up, which Jesse says he saw only as a positive thing. “It’s very easy for reserves to think they don’t have turn up to training, but like I say, anything can happen and I wanted to make sure I attended everything so that if it came to it I was as prepared as my teammates to start at Tryon. I went into it positively and tried to be as supportive to the rest of the team as I could be, while taking everything I could from it to help with future selection. There is a lot of experience on the team, especially with Mark and Blyth who can teach you a lot about what it’s like to be at the stage I am and how to be a team player.”

The team has a great psychologist working with them who has a phrase, whose language probably isn’t suited for all ears, but to paraphrase Jesse’s description — you don’t want to be raining on anyone’s parade and putting a damper on moments of celebration for what are now, and will hopefully be in the future, your teammates and who will potentially be the ones supporting you at certain points in your career.

Not only is Jesse teammates with husband-and-wife power couple Jonelle and Tim Price, being based just down the road from each other, they are also good friends. Jesse expressed how supportive they’ve been and told us how they even train together at the local CrossFit gym to make sure they are rider fit.

The team competing for New Zealand at WEG is comprised of Jonelle Price, winner of both Badminton and Luhmühlen this year; recent Burghley champion Tim Price; seven-time Olympian Mark Todd; previous WEG gold medallist Blyth Tait; and, making his championship comeback after 14 years, Dan Jocelyn. The team have many accolades between them that could mean New Zealand’s chances of taking gold are fully within their sights. 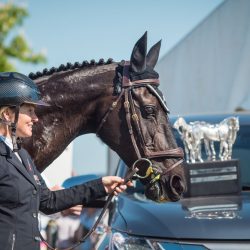 Jonelle Price and Classic Moet check out their new piece of silverware at Badminton 2018. Photo by Tilly Berendt. 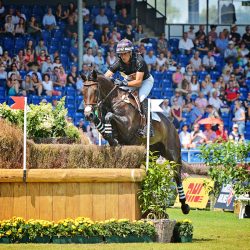 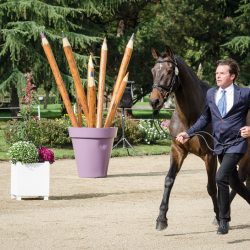 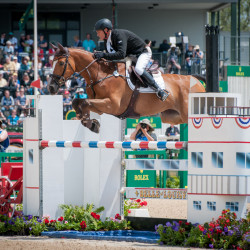 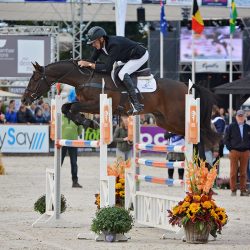 When we asked Jesse for his predictions, he noted that the Kiwi lineup this year has particularly good results in both jumping phases. “Our team is selected around a strong cross country performance so it depends on how much influence the cross country has on the competition. If it’s a difficult track it will play to the strengths of the team and really enhance the chances of medaling.”

We’re keeping our eye on Jesse as one to watch and can’t wait to see what him and Cleveland produce at the French four-star Les 4 Etoiles de Pau in October. It is safe to say in a team where two riders are aged upwards of 55, he has plenty of time on his side to aim for many more future championships and show us what he’s made of.