The Emerging Athlete Eventing 25 winter training session wrapped up this week in Ocala, Florida, January 8-11. We are excited to introduce you to some of the riders making their debut on the E25 list, which can be viewed here. Today: Clara Cargile! 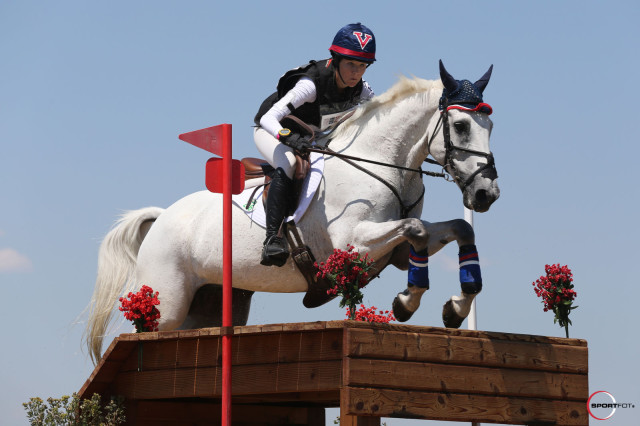 For Clara Cargile, a love of horses was hereditary. Growing up on a ranch in west Texas introduced her riding at a young age and from there the infatuation only grew.

“I’m from a ranching family,” she said. “So when I was young my dad wanted all my siblings and I to learn how to ride so we could be competent riding at the ranch. He wanted us to learn good horse management so that we could understand that these are live animals. It’s not just play with them and put them away, you have to take care of them. ”

She began taking beginner lessons in town before joining her local Pony Club, which would be her formal introduction to eventing. “I went to all the rallies on my pony and then started doing recognized shows. That’s how I got into eventing and I’ve been riding ever since,” she smiled.

In 2012, Clara met her new partner White Indian, a striking grey Irish Sport Horse (White Clover x Indian Kitt) who would propel her up the levels of the sport. “Worzel” was sourced from Nick Campbell’s yard by her trainer Mike Huber and his assistant trainer at the time Heather Morris.

“I’ve had him for five and a half years. I bought him in the summer of 2012. My old horse maxed out at training and I needed something that could teach me the ropes at the Prelim/one-star level,” Clara said. “He had only done some Prelim when I got him, so we’ve really grown up together. I had him all through high school and now college. We’ve been through it all together.” 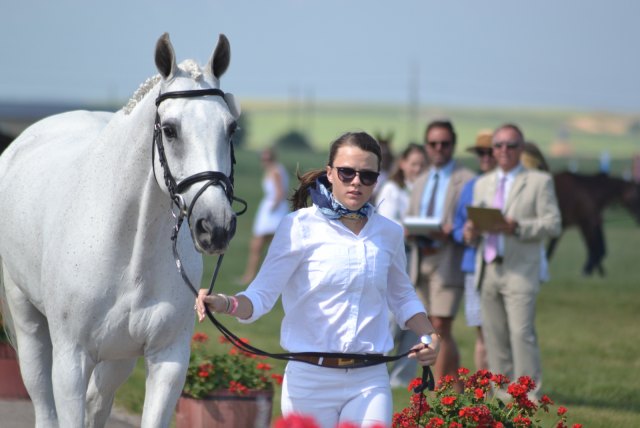 “In the barn he’s quite a character. He’s kind of like a dog. He loves to be social,” Clara grinned. “Under saddle he takes some convincing to tell him what you want to do, especially on the flat. He changes every single day. I get different types of horses every day with him. He has a big personality kind of all the time.”

They found quick success in competition, and less than a year after he arrived Clara and Worzel were completing their first CIC*. They continued honing their skills and polishing their performances, moving up and becoming competent at the two-star level even earning individual silver in the CICY2* at the 2016 Adequan FEI North American Junior and Young Riders Championship.

2017 was another big year for the duo. They made their Advanced debut early in the season before Clara relocated Worzel to Jennie Brannigan’s barn in Pennsylvania. This set the 20-year-old up with an impressive balancing act between riding and also maintaining her studies at Texas Christian University where she is currently a junior.

“It’s a feat. I don’t get to ride every single day. I’m constantly flying back and forth to ride and then going back to school. It’s hard because whenever I’m a school I think I need to be riding, and whenever I’m riding I’m thinking about this assignment due next week,” she described.

When I’m at school I’m not worried about ‘oh is Worzel getting taken care of?’ because I know he is and I know that they’re riding him super well. And when I come in they focus a lot on honing in on the time I have there. It’s definitely difficult, but it’s totally worth it.” 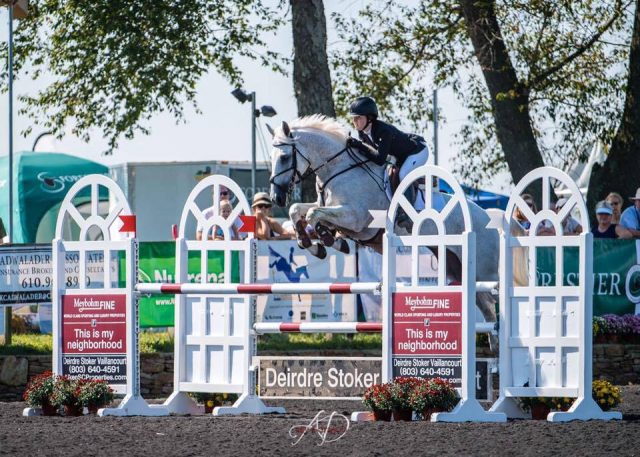 Their fall season on the East Coast took them to many new venues including Plantation Field and Morven Park before cementing this year’s success at the Ocala Jockey Club CCI2*. Finding herself named to an E25 Emerging Athlete was the cherry on top of a super year.

“It was really exciting. This was my first year to apply to any of these teams, so I wasn’t expecting much you know having one horse and mostly being out in Texas for the majority of the time, so it was really exciting when I got that email,” she beamed.

Clara shared that in having this opportunity, she sees the potential in a long term career with horses. “I used to always say that I never wanted to be a professional, but now as I’ve gotten older and now that I’m based on the East Coast I think that’s something I really want. Especially being around the other Under 25 riders and watching them,” she said.

Working with USEF Eventing Emerging Athlete Coach Leslie Law at this week’s training camp has been an exciting start to this journey for Clara, one which she says extends beyond lessons in the arena.

“A big part of the camp is learning about, ‘Ok so you have the talent to be a good rider, but outside of riding what does it take to become an international competitor and be successful as a business person?’. It’s a lot of horse care and everything. He’s so knowledgeable. He can give you so much advice and it’s like a mentorship program. Whenever he’s coaching you he gives you different tools that you hadn’t really thought out.”

“[The Emerging Athlete group]  ranges in experience, but it’s really inspiring. As Leslie says, it’s the pipeline to the U.S. teams. Ultimately I do want to represent the U.S. on an international stage, so it’s really motivating to come to these camps because it encourages you that ‘ok I can do this and this is something that I really do want.’ My main goal, along with so many people, is to one day be on one of those U.S. teams. To be named to the Under 25 team is really exciting because it’s a step to that.”