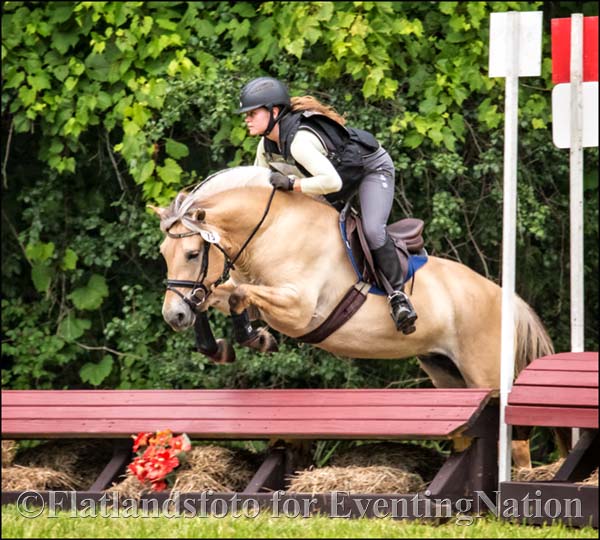 With so much to offer, the Green Mountain Horse Association (GMHA) Festival of Eventing draws large crowds of competitors to the picturesque foothills of South Woodstock, Vermont each August. This past weekend, over 300 competitors contested 27 divisions  spanning from Beginner Novice through Intermediate horse trials plus a CIC1*, Area 1’s only FEI event.

Competition began on Friday with Beginner Novice and some Novice divisions running in a one-day format. Competitors in the Intermediate and CIC1* divisions also got started on Friday, riding their dressage tests that evening. Preliminary, Training, and the rest of the Novice divisions followed a two-day format with dressage and stadium of Saturday and cross-country on Sunday. 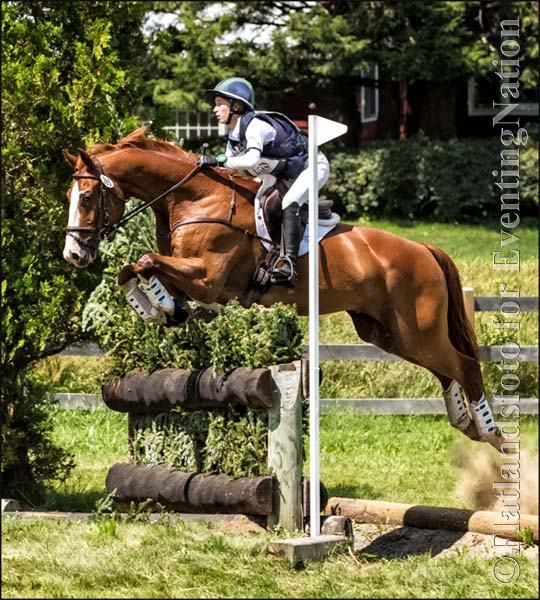 Tremaine Cooper’s Intermediate course saw some changes this year, including a renovated coffin complex and a newly built mound and keyhole question, which added a bit of extra terrain to the course. While the majority of riders jumped clear, none were able to come in under the optimum time.

Cornelia Dorr and her own Louis M took the top spot in the hotly contested Open Intermediate division. Cornelia and Louis led after dressage on a score of 23.3, but after pulling one rail in show jumping they were overtaken by Buck Davidson and Christine Turner’s Halimey who jumped double clear. Unfortunately, these two ran into trouble on cross country, picking up two stops and dropping them down the order, putting Cornelia and Louis back on top for the win.

Randy Ward and his and Donald Devine’s Grando, an 8-year-old Westfalian gelding, also took one rail in show jumping, but clinched second place after laying down the fastest time on cross country, picking up 5.2 time faults. Area 1 Young Rider Maddie Lichten and Yarrow rounded out the top three with a 41.0, narrowly edging out Daryl Kinney and Rosie’s Girl on a 41.8. 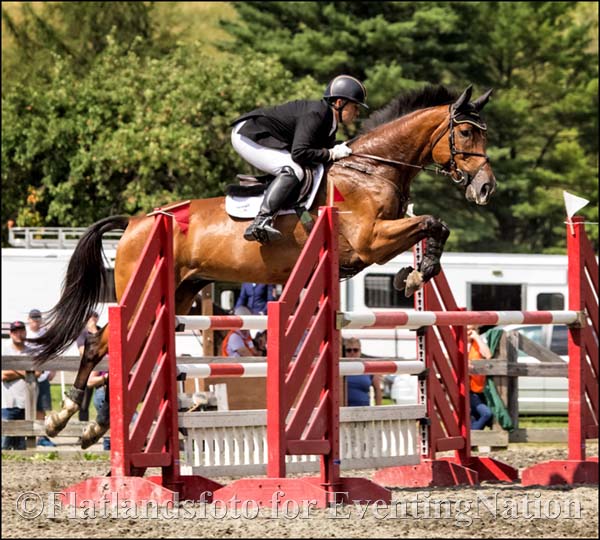 Despite running into trouble in the Intermediate division, Buck came out on top in the CIC1* with Kerry Blackmer’s Harry. The 7-year-old Irish Sport Horse stalked the leaders all weekend, moving up from third after dressage to second after show jumping, and turning in the second fastest run on cross country in order to snag the win.

The only double clear cross country run in the division was turned in by Ryan Keefe and Flintstar. The pair not only went double clear on cross country, but also in show jumping, helping them to leapfrog from eighth after dressage to ultimately take second place at the end of the weekend in Ryan’s first FEI event. Flintstar may be a familiar name – the now 17-year-old New Zealand Thoroughbred was the Olympic mount of Jonelle Price in London 2012 and has also completed Burghley and Luhmühlen CCI4*s.

Ryan had a particularly good weekend, leading start-to-finish in the JYOP division on her other ride, Hoodwink, and ultimately winning it on their dressage score of 33.0. 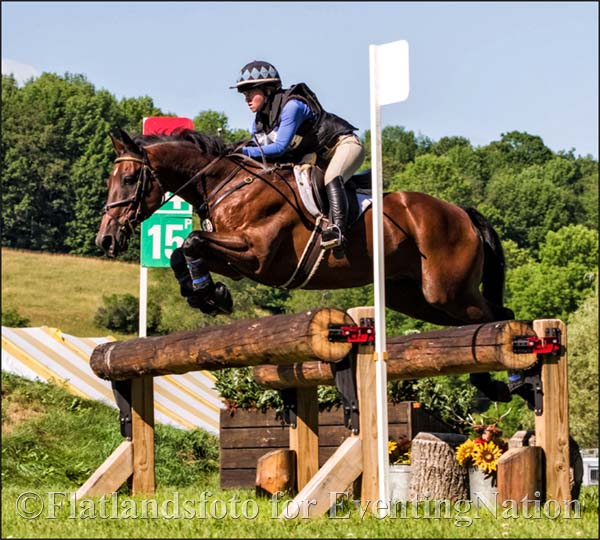 Out of over 300 horse and rider combinations at the event, only one was able to achieve a sub-twenty dressage score. That pair was Nancy Read and Caribe PCH, who finished on that score of 17.5 to win the Novice Rider A division.

The Beginner Novice, Novice, and Training riders – who made up nearly 75% of the competitors over the weekend – had a smashing time riding over Janine Preece McClain’s cross country course. Many of these divisions were particularly hotly contested, with less than one mark separating the top few placings in several divisions.

We’d like to send an extra special thank you and a big dose of EN karma out to Joan Davis of Flatlandsfoto, renowned Area 1 photographer, who has been burning the midnight oil to edit photos from the competition as well as the preceding clinic despite an untimely laptop malfunction. Thank you, Joan! 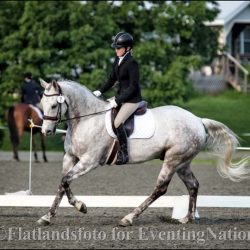 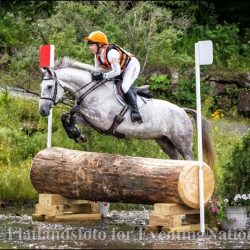 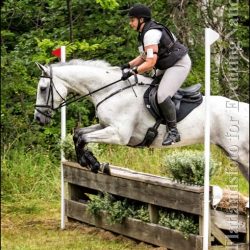 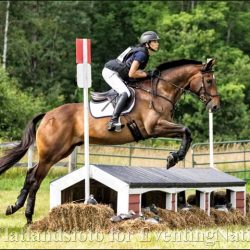 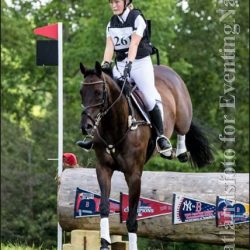 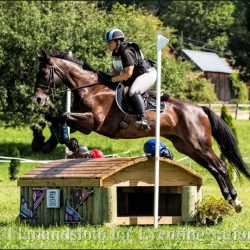 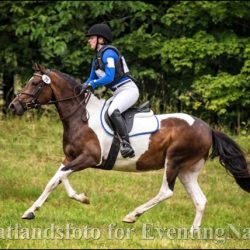 Abby Powell and Rain Dance Maggie competed in the Beginner Novice Rider B division and authored this post. Photo by Joan Davis/Flatlandsfoto.