EN reader Shawna White sent in the hilarious photos of her horse, Chunder, competing at Kentucky Classique last month. Chunder clearly knows how to communicate his feelings towards the dressage phase versus the jumping phase of competition, and we can’t say we necessarily disagree with him!

“He’s clearly unimpressed with spending time in the little white box (and if only this was the first time that he stuck his tongue out at a dressage judge!), but more than happy to give the camera a flash of his pearly whites during stadium!” Shawna said of her cheeky horse.

We’ve all been there – dressage tests that may not have gone our way, or that were ridden on a horse who felt dressage was beneath him. Either way, Chunder’s opinion of the dressage is made quite apparent here: 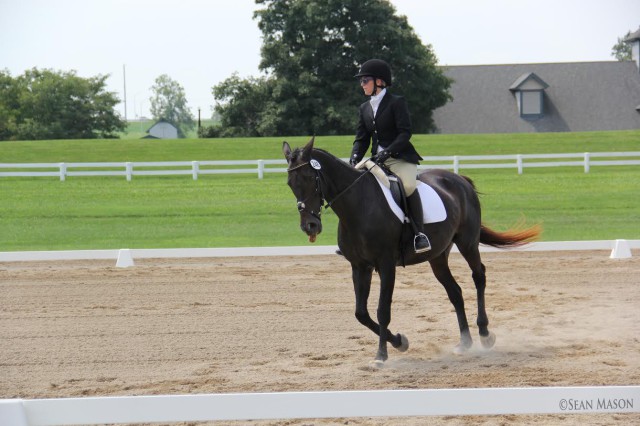 Chunder looks less than thrilled to be in the little white box. Photo courtesy of Sean Mason.

Whereas his expression after completing his show jumping round is priceless. What a difference – and is that a horse-y smile we spy? 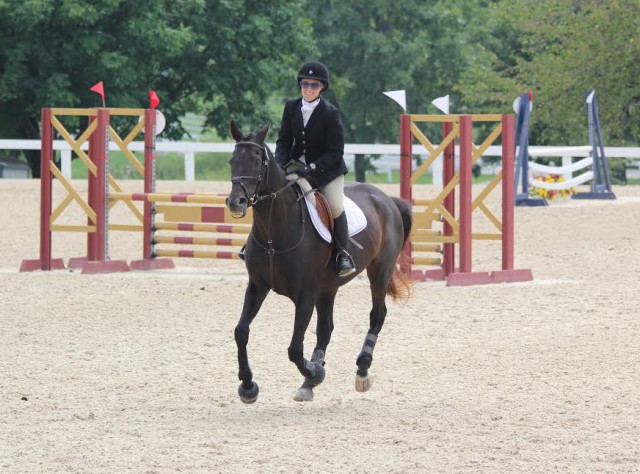 “That’s more like it!” Photo courtesy of Sean Mason.

Do you have a horse who brightens up the moment he sees a fence? If so, send us your photos to [email protected]. We’re feeling another (in)Famous series coming on…