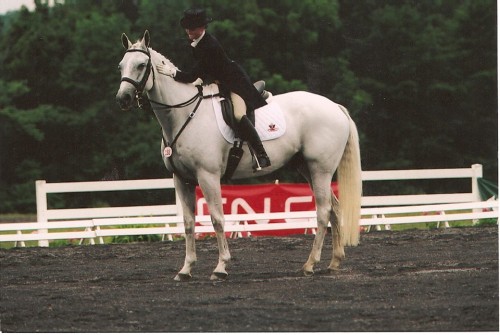 Big Burma Pro was born in Louisiana in 1989 and had the distinction of being registered with the Jockey Club as a rare roan color. The gelding topped out at 16.1 hands, and never actually made it to the racetrack, as he showed no real potential in that realm. At some point, he was transitioned out of race horse training and into the life of a sport horse, and became a high amateur jumper horse in Florida.

At the age of twelve, Jessica Pye had just outgrown her large pony and was searching for her first horse. She was dabbling in both Eventing and Show Jumping, so she decided to look at something that was experienced in the show ring, and turn it into an event horse. “I couldn’t really ride Zephyr at all,” Jessica remembers. “He was really strong, and made a wicked bid to the jumps, essentially darting off with me when I was trying him”. The sturdy grey gelding wasn’t really educated in the matters of flat work, but after a quick trail ride and an unofficial cross country schooling, Jessica was sold. Zephyr failed the vetting, but the Pye family was so taken with his powerful way that they purchased him anyway.

After bringing Zephyr home to Arkansas, Jessica had a big learning curve ahead of her. The big grey bolted with her on her first ride, stampeding around the arena until exhaustion forced him to halt. He refused to be tied, and broke an absurd amount of halters. He refused to be alone at any point, and even went so far as to break out of his stall and gallop down the highway in search of friends. He was a very businesslike horse, and the only time he softened up was in the company of apples, and lots of them. 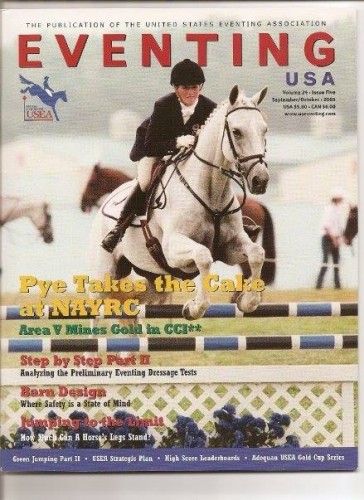 “We often said doing dressage on Zephyr was like driving a dump truck,” says Jessica. “Mike Huber, my longtime coach, would always say, ‘At least he’s a pretty dump truck!’. ” Zephyr was not tolerant of the dressage phase from the start, and had no inclination to be round or bend in any way shape or form. However, he made up for this on the cross country field, where he was incredibly brave and careful. He absolutely loved that phase, and his joy was key in Jessica’s enjoyment on course.

Under the training of Regis Webb and Mike Huber, Jessica and Zephyr won the individual gold medal at their first three-day event together at the 2002 NAJYRC in the CCI* division. However, soon after that Zephyr came up lame and required a year out of work, which was difficult after such success. When he came back into work at the age of 15, there was a new challenge: Zephyr was diagnosed with moon blindness and complete vision loss in his left eye.

“For almost a year, we struggled. He wouldn’t even trot a cross rail, and he couldn’t seem to figure out how to cope with his eyesight loss,” remembers Jessica. The pair went from winning Young Riders to being eliminated frequently on cross country. Despite this, they qualified for the 2004 NAJYRC, this time at the CCI2* level and decided to enter. “The cross country wasn’t perfect, but he jumped his heart out and ended up winning the individual silver medal. Go figure!” After that, Zephyr was back to his old confident self, just slightly more careful about liverpools, and Jessica was thrilled. 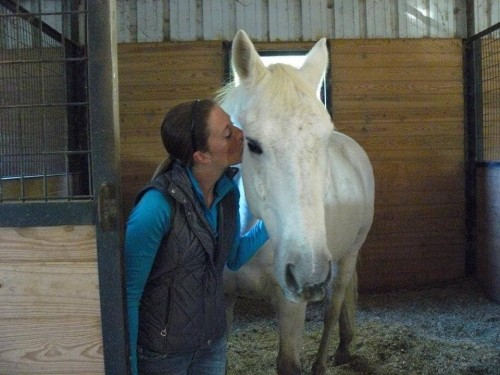 In 2005, the pair moved up to Advanced at Rocking Horse, winning their first competition at that level. They re-qualified for NAJYRC again, and this time they led the competition from start to finish, winning both the Individual and the Team gold medals.

After that victory at the age of 16, Jessica retired Zephyr to the life of a preliminary packer for a young rider, and he blasted around the courses easily for a year. In 2006 he officially retired to the life of a pasture ornament, and lives at Regis Webb’s Top Brass Farm in Louisiana in a big field with friends. “He tolerated me, he taught me, and he kept me safe. He won so many times for me. I’m very lucky to have been part of his story. Zephyr was my horse of a lifetime”.