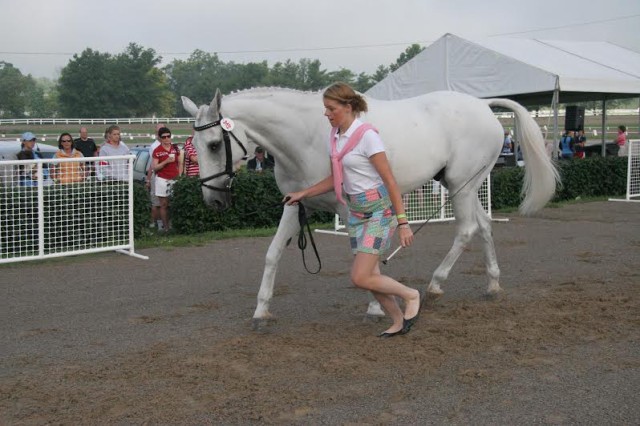 When twelve-year-old Ryann was looking for her first partner to bring her up out of the pony ranks, a fifteen-year-old Thoroughbred competing at the CCI3* level wasn’t exactly what she had in mind. “Spike”, as he was known, was a blindingly white gelding who was imported from England in 1994, and had already competed at the upper levels of the sport by riders like Phillip Dutton, Jennifer Libby and Emilee Libby. After completing Foxhall CCI3* in the fall of 2003, Spike did a few horse trials in the spring before going home with Ryann, who didn’t even know what she was getting herself into.

“I had just come off a push button pony that lead me to series grand champion year after year” remembers Ryann, “Spike, on the other hand, made you seriously work for it. He was still in shape, and knew exactly what he was doing. To be honest, I think he was seriously insulted that he had to put up with me. I mean I could barely post the trot on that pogo stick of a horse”. 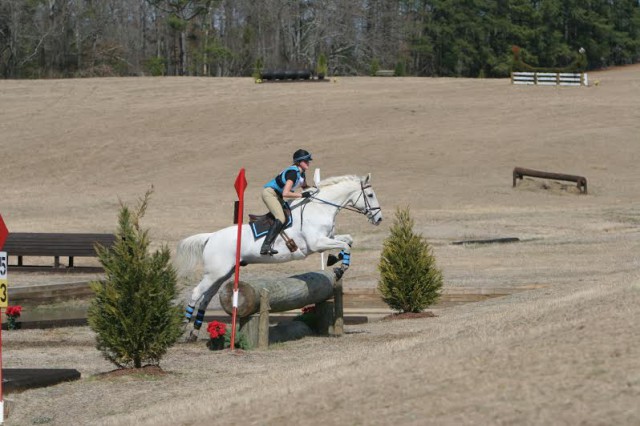 The pair tried their hand at a few Novice level competitions, but Ryann felt like she was wandering in the dark with this horse, so she went to the Libby sisters for some help. With their expertise, she was able to move from Novice to Preliminary in two years, and started to really feel like she was getting the hang of Spike and all his eccentricities.

Spike was a great learning challenge, mostly because he refused to do anything unless you asked absolutely correctly. Cross country was the one exception, and it was there that he shined as a mentor for his young rider, helping her out in tight situations and positively zooming around the courses.

While they never incurred a cross country penalty, show jumping was another matter. “He jumped his show jumping courses by braille,” laughs Ryann. “He touched every. Single. Pole. I’m pretty sure that he could tell what level we were doing by the test and then just program himself to jump just ¼ inch higher”.

As a testament to the character of this horse, he kept competing until the age of 21, including NAJRYC CCI* at 20. In sixteen years of competing, with not a single season off for injury, Spike completed 99 horse trials, and 14 CCI’s. He completed 11 Novices, 9 Trainings, 34 Prelims, 31 Intermediates, and 14 Advanced Horse Trials. He did five CCI*’s, six CCI2*’s and two CCI3*’s. He competed at NAJYRC twice, once at each level. Of the 113 total competitions that he completed, he only garnered four refusals on cross country, which is a 3.5% rate of error. 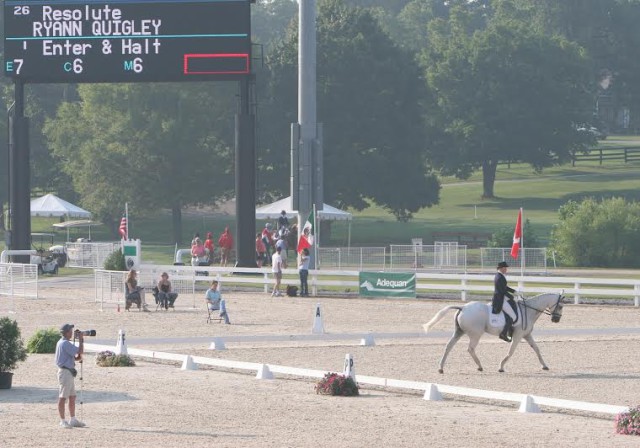 Spike and Ryann at NAJYRC. Photo by Ken Quigley.

Spike retired from the upper levels in 2009, and went on to compete at Novice and Training for another year, before living the life of luxury in a field with his girlfriend Millie. Sadly, Spike passed away just this spring, on May 8.

“He taught me absolutely everything. He taught me how to jog up properly, he taught me dressage, and safe cross country. He tried to teach me how to show jump. He taught me that, no, you can’t wear electric blue head to toe out on cross country, even if it is just Novice, on this horse because he demands a little more respect than that. He shared his knowledge with everyone, and I know that anyone who got the opportunity to learn from him can call this horse their ‘once in a lifetime’ guy. He is seriously missed. Cheers, to an all around bad ass who left one hell of a mark.”