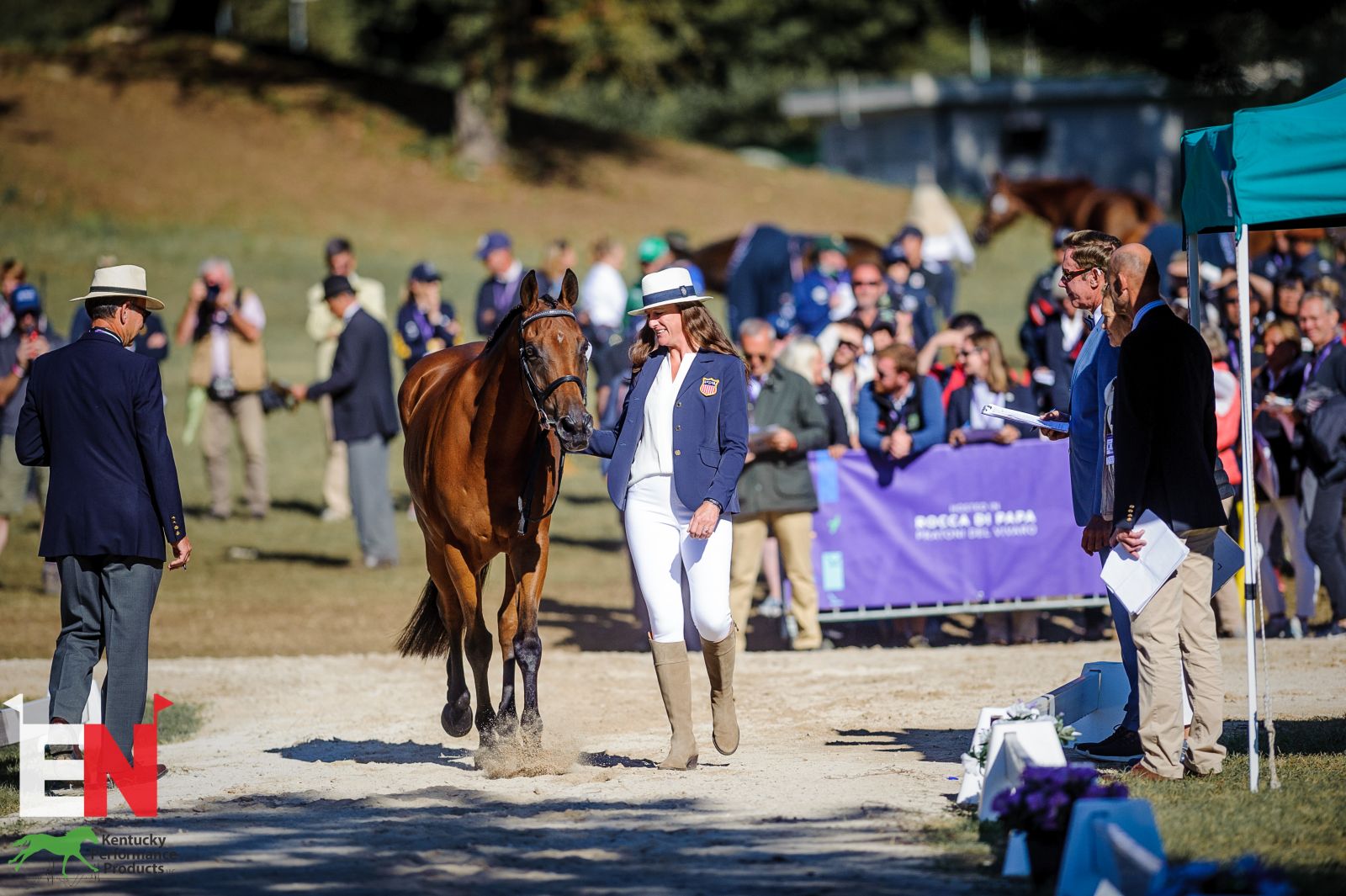 All remaining  entries move forward after the final horse inspection at the FEI World Championships in Pratoni, though three pairs were held. We’ll see seventy-two in the forthcoming show jumping phase.

The Spanish entry Dunque HSM was the first held and then quickly passed at second presentation for Antonio Cejudo Caro. Thailand’s Uster de Chanay was also held, but went on to be accepted for Korntawat Samran. Mountbatton 2 was also held late in the order, but will continue on for Austria’s Dr. Harald Ambros. 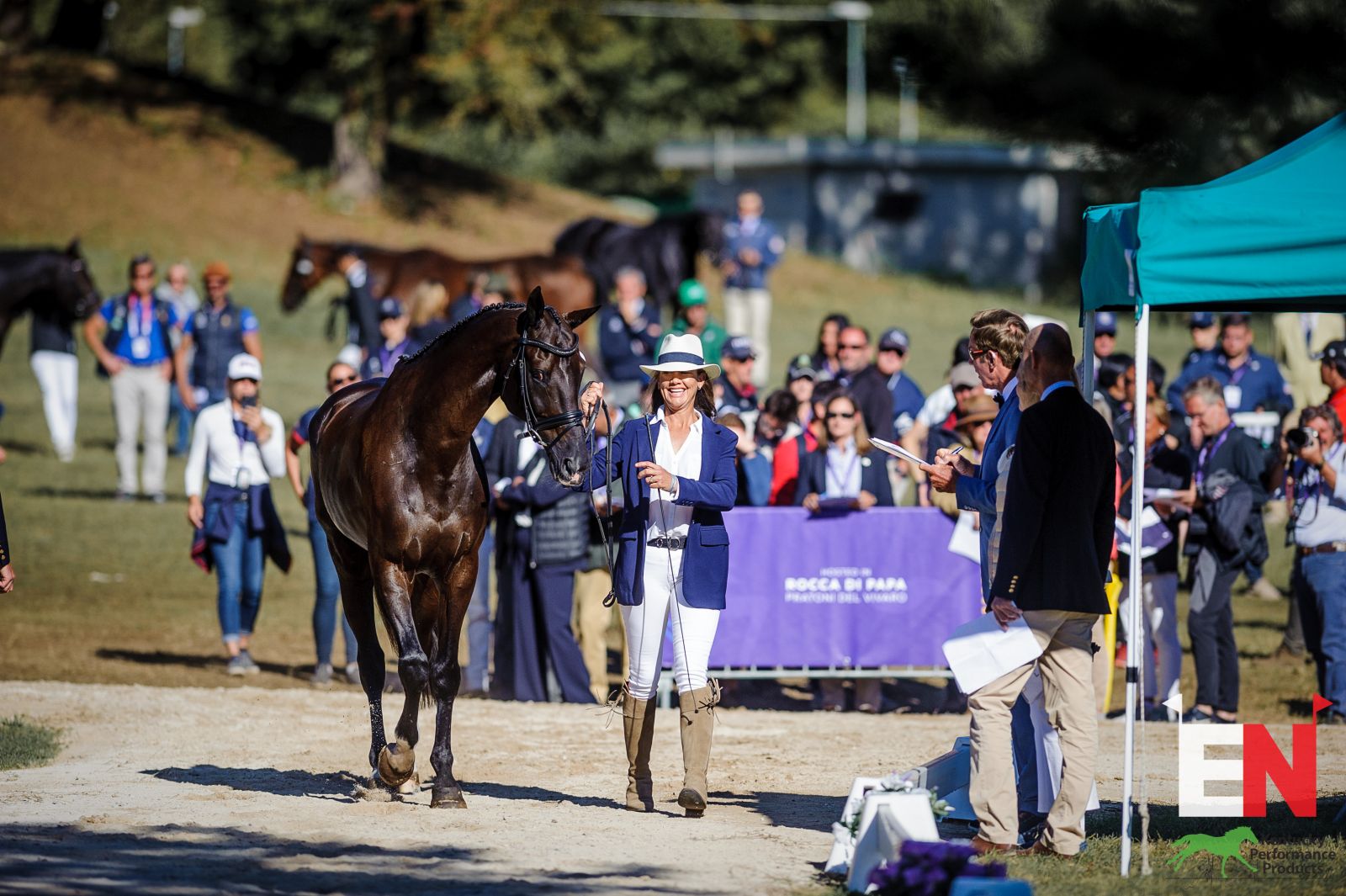 All five American pairs were passed, despite a quick burst of anxiety when the Ground Jury asked bronze medal positioned Tamie Smith to present Mai Baum a second time after a bit a a chaotic presentation. He was quickly through after a second trot, along with all four team members Tsetserleg, Off The Record, and Vermiculus, as well as Ariel Grald’s individual entry Leamore Master Plan. 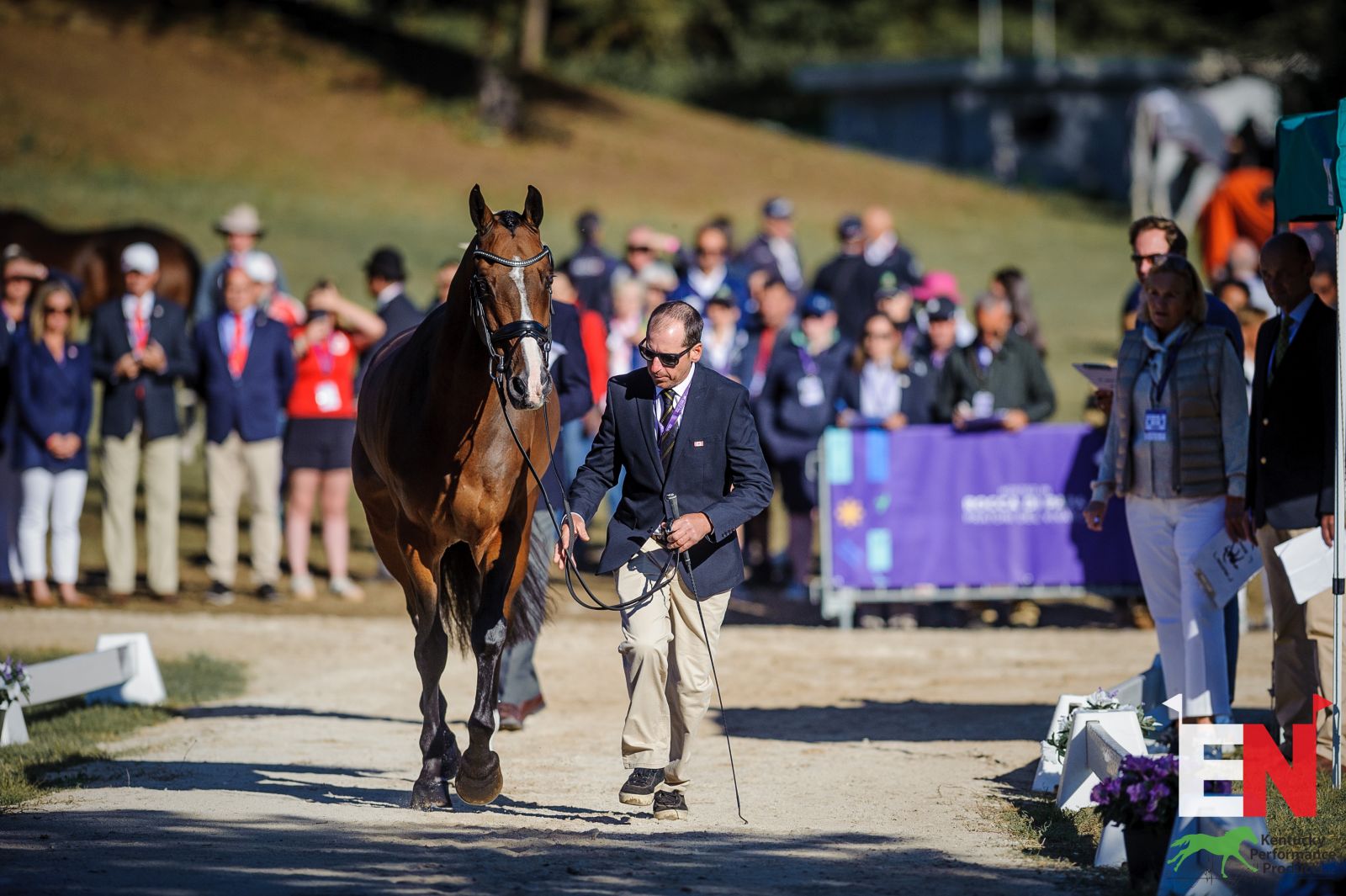 The remaining Canadian contingent of Candy King, El Mundo, Jollybo and FE Mississippi have also all been approved to continue to the show jumping, though Hawley Bennett-Awad’s Jollybo was asked to trot twice for the Ground Jury. 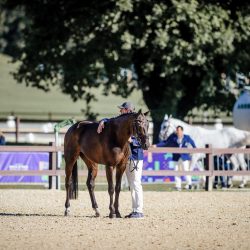 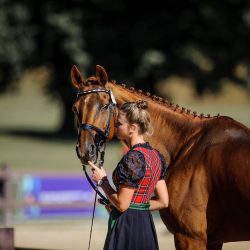 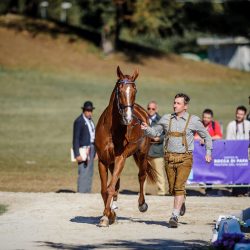 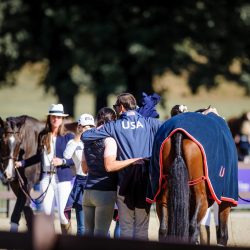 Off The Record’s crew. Photo by Tilly Berendt. 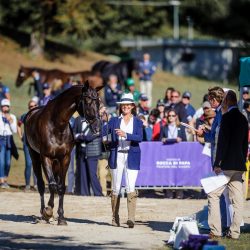 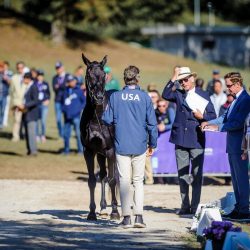 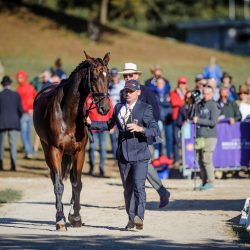 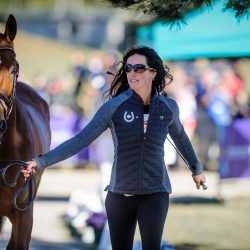 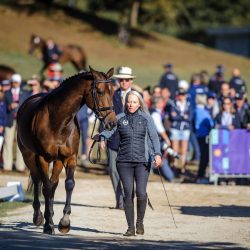 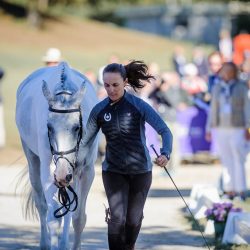