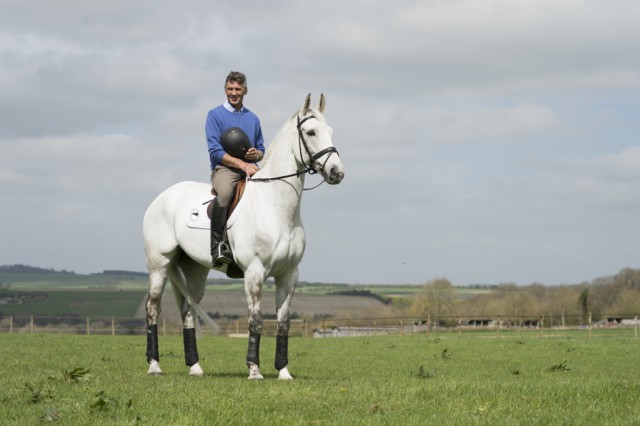 The eventing community mourns the loss of three-time Burghley winner Avebury, who was euthanized today due to a malignant tumor in his jaw. His owners, Rosemary and Mark Barlow, announced in a press release that Avebury’s tumor was diagnosed several weeks ago.

“This tumor developed very rapidly, and he received palliative care to ensure he was comfortable throughout. Sadly, there was no appropriate treatment for this type of tumor, and the difficult decision was made to put him to sleep today.”

The 16-year-old British Sport Horse gelding retired this past April after a legendary career with Andrew Nicholson. In addition to his three Burghley wins, Avebury completed eight CCI4* events, finished Badminton three times and also delighted American fans when he competed at Rolex Kentucky in 2014.

Andrew bred Avebury, by Jumbo of a Thoroughbred mare named Memento, who raced under the name Bairn Free before enjoying a brief eventing career with Andrew until she developed a cataract in one eye and had to be retired. Avebury was originally sold as a show jumper, but Andrew’s wife, Wiggy, bought him back as a 6-year-old and evented him.

“Rosemary Barlow wanted a new horse, so I said to her that I thought I knew of one,” Andrew said at the time of his retirement. “Wiggy went away for a few days, so I sneaked him up to the gallops to see what he could do. I was quite impressed, so I suggested Rosemary bought him for me to ride.”

That started the beginning of Andrew and Avebury’s illustrious partnership. Avebury won at every level during his career, in which he amassed an impressive 2,113 British Eventing points. He competed 71 times with Andrew and 11 times with Wiggy. Avebury won 27 events in his career with numerous other top placings.

Avebury competed once this year at Great Witchingham in March, winning the final event of his career. Since then, he has enjoyed his retirement at Westwood Stud, hacking out on the property and also being ridden by Andrew and Wiggy’s children, Lily and Zach.

“We were deeply shocked at the rapid progression of the cancer, as only a few weeks ago he was thoroughly enjoying being ridden by Lily in his retirement,” Andrew said. “Our only relief is that we were able to ensure he did not suffer and were able to make the right decision in the interests of his welfare, which has always been our absolute priority.”

Wiggy added: “He has been part of our family for a very long time and has given Andrew some of the greatest days of his career. He will be deeply missed.”

Avebury was buried in the garden at his home at Westwood Stud.

The EN team extends our condolences to Rosemary and Mark Barlow, the Nicholson family, and all who knew and loved “Buddy.” He will be missed by so many, and his legacy will live on through his many achievements. Avebury was truly one of the greatest event horses of our time.