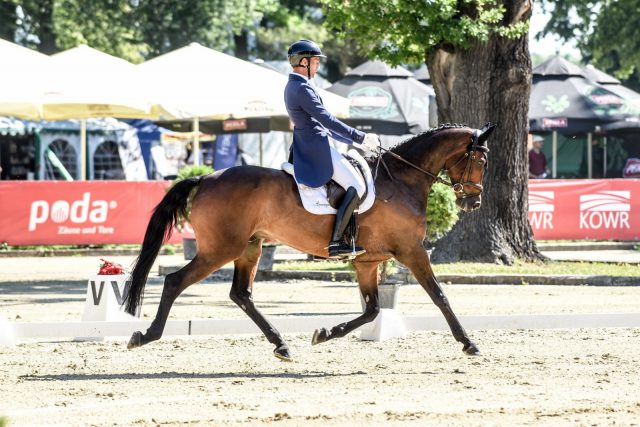 There are plenty of scoreboards and storylines to follow at Poland’s LOTTO Strzegom Horse Trials this week between the CCI4*-L class and the CCIO4*-S Nations Cup class. Between these two headliner divisions and 10 more national and international classes, over 400 horses from 22 countries are competing at Strzegom this week. With the first day of dressage on the books, let’s get started with a fast-and-dirty recap:

Germany’s Dirk Schrade has taken the early lead in Strzegom’s CCI4*-L class with Catelan, a 10-year-old Holsteiner gelding (Catoki x Tiara II, by Ciacomo) owned by Freya Rethmeier. The pair, whose last outing was the CCI4*-S at Luhmühlen where they finished 15th, scored a 26.7.

“I am very happy,” Dirk said. “Catelan was very good in the dressage test. He was really concentrated, and he listened to me. Basically, it was without any faults. He had great moves and got great points. I am very happy that he is in the lead and I hope he stays there until Sunday.”

Second place belongs to Yoshiaki Oiwa of Japan and Bart J LRA, and currently third is the Dutch rider Aliene Ruyter with Bomba.

The CCI4*-L class doubles as a qualifier for the European Championships in Luhmühlen in August and for the next year’s Olympic Games in Tokyo. 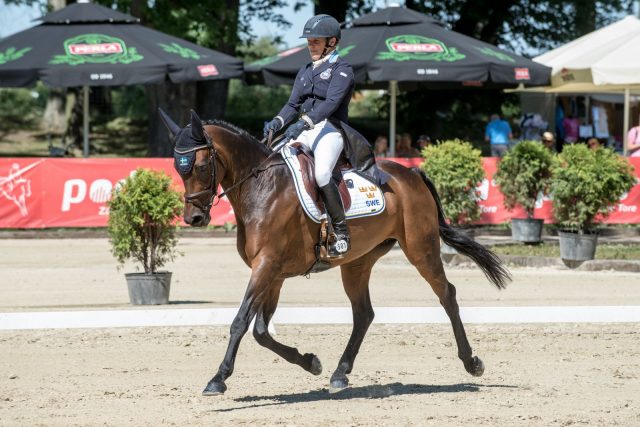 Eight nations are fielding teams in the CCIO4*-S Nations Cup class, the third leg of the 2019 FEI Eventing Nations Cup series. With two riders apiece from each team having completed their tests today, Sweden is currently in the lead with their first riders out sitting equal-1st and 3rd individually. 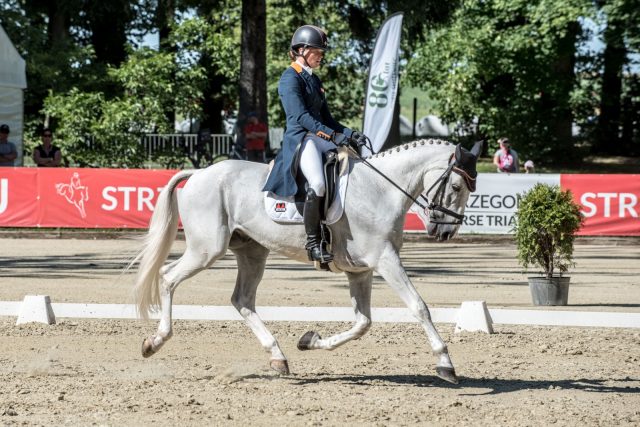 In 3rd is Katrin Norling, also of Sweden, with Fernando-Ukato on a 30.4. 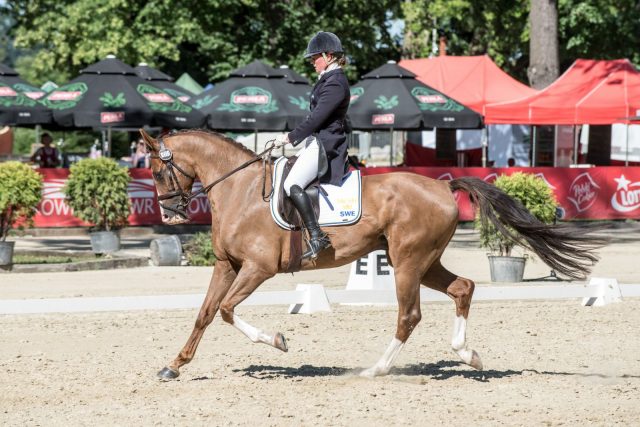 Host nation Poland is well represented in the class, the top-most placed rider being Mateusz Kiempa who sits 5th with Lassban Radovix. “I would rate my performance as good,” Mateusz remarked. “We had a few mistakes, but overall Lassban Radovis did a good job despite the windy weather. He is a very brave horse and weather conditions are no problem for him.”

We have our sole U.S. representative to root for tomorrow: Woodge Fulton and Captain Jack, the 16-year-old Thoroughbred gelding (Numerous x Lady Malone) owned by the Full Moon Farm syndicate. The pair has been in training with Dirk Schrade in Germany since heading abroad early February — they jumped cleanly around Strzegom CCI4*-S in April in preparation for Badminton. Woodge fans, of which there are many, can catch her dressage test on Friday at 12:35 p.m. local time (6:35 a.m. EST).

The competition is being live streamed and you can watch it on EN here. The broadcast schedule: 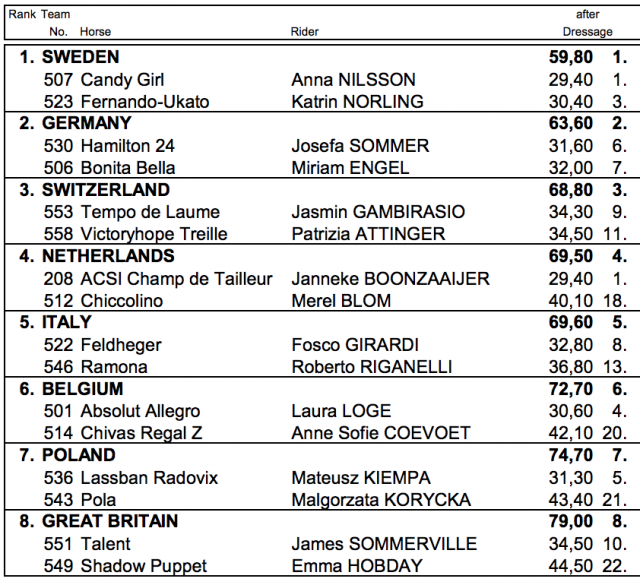