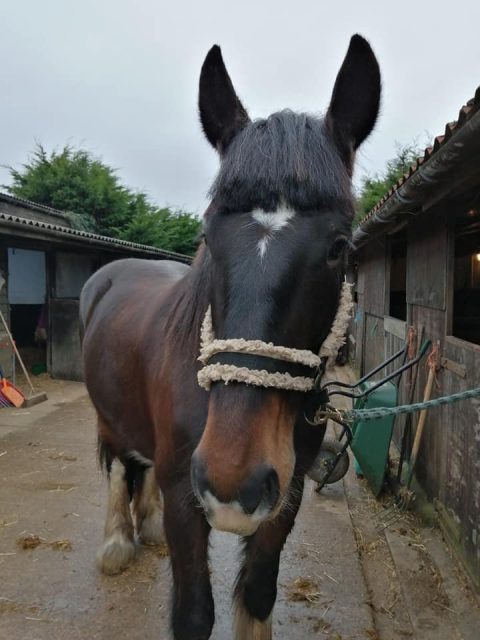 When your mom cuts your hair and calls you a handsome young man. Photo by Archie Courtney.

The wonderful thing about developing young horses is watching them get stronger and bigger and seeing their bodies change into beefcakes. The less wonderful part of this is realizing that your horse has now outgrown his relatively new custom saddles, and you now have to get him all new saddles, because he is also a princess with a pea and if anything is slightly off he positively cannot function and will continue to try to buck you off. This part of young horses kinda sucks.

Big congratulations go out to Ben Noonan for winning the Linda Moore Trophy as the leading Young Rider in the US for 2020! 2020 was only Ben’s fourth full season competing in the eventing world and this season he picked up four wins, four additional top-three finishes, and only one finish outside the top 10, collecting a total of 76.5 points to top the national Young Rider leaderboard. He competes his two horses, Bojangles and Keep Kitty, at Preliminary and Intermediate levels, respectively, and trains with the O’Connors. [Benjamin Noonan Tops 2020 RevitaVet USEA Young Rider of the Year]

Riley Jones and her family rescued Señor Santana from near starvation, and now the pony pays back their good will in spades.  The now 16-year-old gelding was found with 37 other horses on nine acres in Tennessee, eating trash because there was nothing else to consume. At 10 years old and still a stallion, the pony was unstarted under saddle. Six years later, they’ve formed a formidable partnership, rarely finishing outside of the top four at the 14 events they contested in 2020, including three wins, and earning the USEA’s Pony of the Year award. [From Rescue Pony to Rockstar Eventer]

Liz Halliday-Sharp took a trail ride with her family in Colorado when she was 7, and never looked back. She got bucked off at her first competition trying to do a cross rails division at a hunter show, then joined the local Pony Club and found the joy of cross country was her real drug. Luckily, she got a little better as the years went on, and now is one of the leading riders in the United States. Learn more about Liz’s story with this incredible piece from Sidelines. [Liz Halliday-Sharp: Shifting Gears]