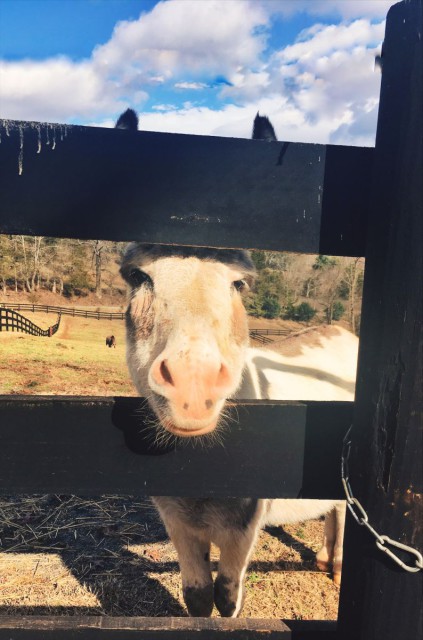 For the first time in almost forever, my news feed on Facebook is not filled with horses. In fact, it was almost difficult to find a photo of horses that would be fun for this news and notes post. While politics are raging, all I have to say is, practice kindness and empathy, even when you don’t really feel like it. That, and look at this picture of my donkey, Pepe, because he is absurdly cute.

Area II’s of the USEA Volunteer Incentive Program (VIP) was such a smash hit in 2016, they’re rolling it out nationwide for 2017. The first roots of the program grew from the many efforts of the late Seema Sonnad, and offers a lot of benefits for both organizers and volunteers. They have an online portal which is also available on iPhone and Android apps, which make volunteering easy, accessible, and fun. Check out the site today! [VIP Program Full Force in 2017]

Endurance is under more fire as two catastrophic in Dubai this week at a 40km qualifier race. This brings the total number of deaths to six at this venue since mid-December. The FEI is beginning works with the UAE to address several rules that might be causing increased risk, such as age of horse and rider, and an “elite” rider rule which allows experienced riders to start unqualified horses in championship events which they have never even ridden before. They also believe that over training is a large part of the issues, and are looking for ways to regulate that. [Endurance Rules Under Scrutiny from FEI]

Best of Blogs: Green Plus Green Equals Black and Blue?