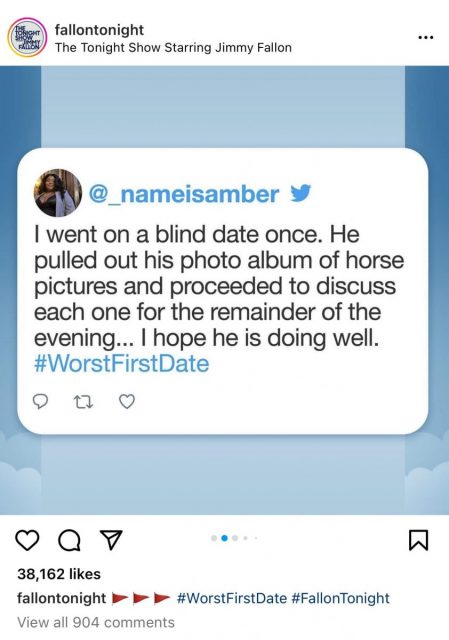 I will never understand people who DON’T want to look at photos of pets. I don’t care who’s pets they are, they can be mine, yours, a random stranger, whatever! If you don’t want to go out to dinner and exchange stories of dogs and horses and also look at the corresponding photos, don’t come to dine at my house, because that’s what we do.

Cooley Quicksilver may be a five-star celebrity these days, but his beginnings were more humble. Found by Liz Halliday-Sharp and Richard Sheane as a skinny and unassuming five-year-old in Ireland in the spring of 2016, “Monster” was originally just going to be a simple project. However, he turned out to be both one of Liz’s highest performing horses, as well as the most challenging to train on a daily basis. Her faith paid off, however, and they’re aimed at their 4th 5* in a few weeks at Fair Hill. [Believing in the Horse Nobody Believed In]

The USEF announced the five lucky recipients of the USEF Higher Education Equestrian Scholarships for graduating high-school seniors. Created to support students who are committed to continuing their involvement in equestrian sport while in college through an equestrian-related degree, volunteerism, or internship; riding on an intercollege equestrian team; or other equestrian-related activity, the scholarship awards a $1,000 grant to each recipient to be used towards education expenses at their respective college or university. The winners are Kendall Austin, Augusta Rose Lewis, Ian McFarlin, Christina Spiliotis, and Clara Jean Thompson. [Higher Education Scholarship Winners]

Having a vet who wants to help you sustain long-term soundness with your sport horse is invaluable. Liz Arbittier, VMD, CVA, has been working with equine athletes for over two decades. Dr. Arbittier has worked with all levels of event horses including those competing at the Pan American Games, the World Equestrian Games, and the South American Games. Her long-time focus – whether working with international competitors or starter event ponies – is maintaining the aging athlete and helping riders and trainers to develop annual plans that ensure their equine partners are peaking at optimal moments. In her extensive experience in the field, Dr. Arbittier identifies three essential practices for maximizing horses’ longevity and soundness: routine consultations for early intervention; good home management; and excellent farrier care. [Maximize Longevity & Soundness]

Hurricane Ian, now a Category 4 hurricane with sustained winds of 155 mph, is bearing down on Florida’s south western coastline. Ian’s initial path had him crashing in a bit further north near Tampa, and then traipsing across the state directly over Ocala.  The World Equestrian Center in Ocala has opened their facility for evacuees, of the equine variety and other species. Furthermore, they did so for free and provided shavings on site for just $5 a bag, delivered to your stalls. Horse Nation blogger Morgane Schmidt has hunkered down at the WEC, and reports on the action from there. [WEC Opened for Hurricane Evacuees]