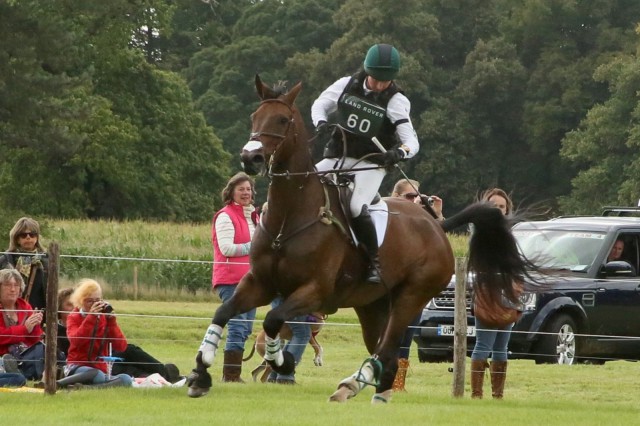 By now we all know about Tim Burke’s big save on cross country today at the Land Rover Burghley Horse Trials. After Tim’s 10-year-old Irish Sport Horse gelding, Luckaun Quality, had a hairy moment at the gigantic Cottesmore Leap, it appeared that his stirrup became unfastened and was dangling under the horse’s stomach.

Mary Pat Stone caught this series of photos to capture the intensity of the moment when Tim realizes his stirrup is hanging by a leather thread. 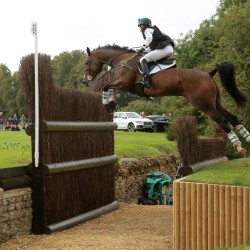 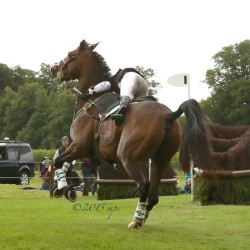 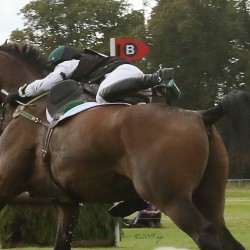 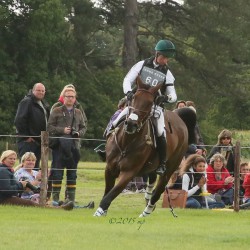 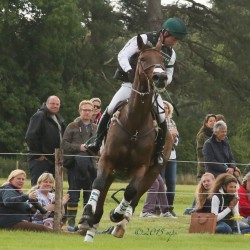 Not only was Tim almost pitched completely out of the saddle, he only had his left leg to right himself. Fortunately, both he and “Obie” kept their wits about them and managed to make a nice jump over the skinny option following the Leap. Once clear of that question, Tim slowed down to rebuckle his stirrup before continuing on.

Here’s the entire progression of events:

Samantha Clark was able to catch up with Tim after his ride, where he told her that he thought for a split second of pulling a Mark Todd and just kicking on with one stirrup. He made the sensible decision to take the time to right himself, though. Props to you, Tim!

The great news is, Tim and Obie went on to finish their round clear (albeit with a decent amount of time), and Tim said his horse pulled up full of running at the end, which is the biggest goal at the end of the day.

How does it feel to jump clean around what many people say is toughest 4* XC track in the world? Tim Bourke knows..! pic.twitter.com/YJWcABCcZT

We’re tipping our hats to Tim for keeping his head straight and continuing on in the face of a major equipment fail. I suppose none of us have any excuse when we lose our stirrups on cross country next!

You can find video of Tim and Luckaun Quality’s full cross country round on Bughley TV here.